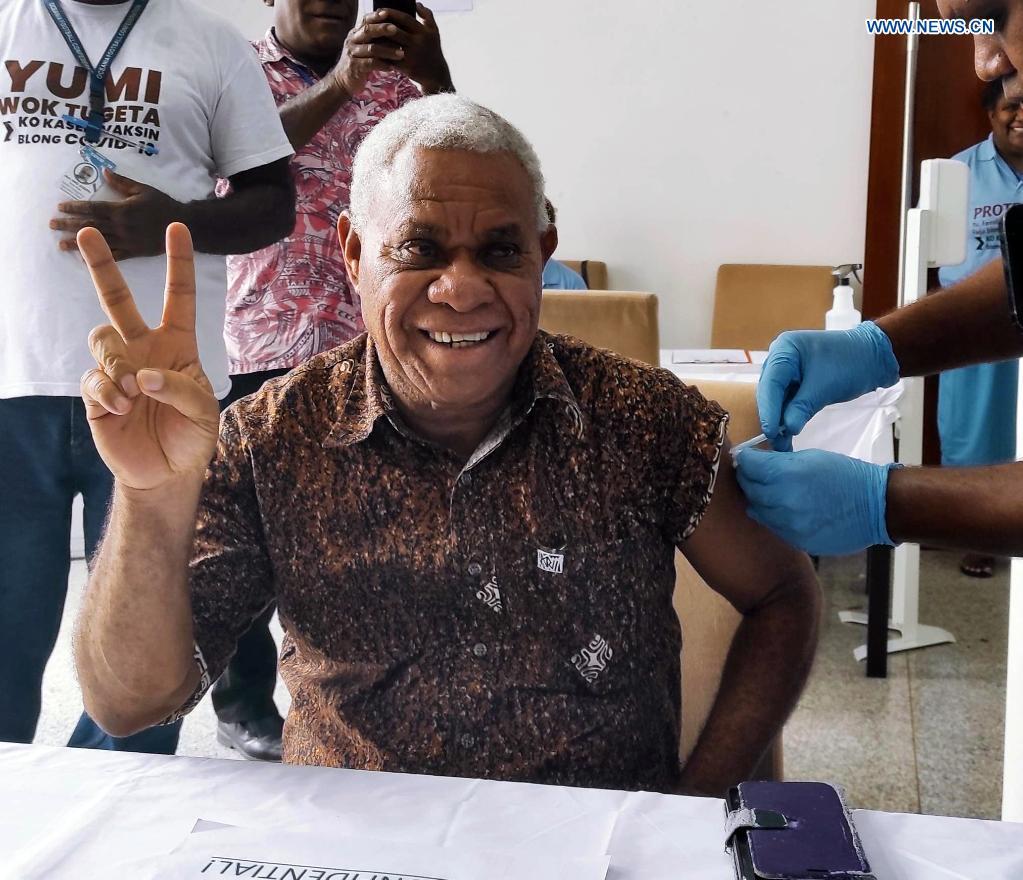 Vanuatu Prime Minister Bob Loughman receives a dose of China-donated COVID-19 vaccine after a launching ceremony at the National Convention Centre in the capital city of Port Vila, Vanuatu, on June 15, 201. China's Sinopharm vaccine started to roll out in Vanuatu from Tuesday. (Photo: Xinhua)

Vanuatu Prime Minister Bob Loughman had his first jab of the Sinopharm vaccine after the launching ceremony, which was held at the National Convention Centre in the capital city of Port Vila.

Loughman thanked the Chinese government for donating the vaccines, saying these vaccines will play an important role to help Vanuatu roll out its vaccination program and protect the people's health and safety.

He said the World Health Organization (WHO) has validated the Sinopharm vaccine for emergency use, which approves the safety and effectiveness of the vaccine. He also encouraged Vanuatu people to get vaccinated so that the country could resume a normal life as early as possible.

The China-donated Sinopharm vaccines, which were transported via Air Vanuatu's charter flight in early June, are the first bilateral vaccine donation the Pacific Island country has received.