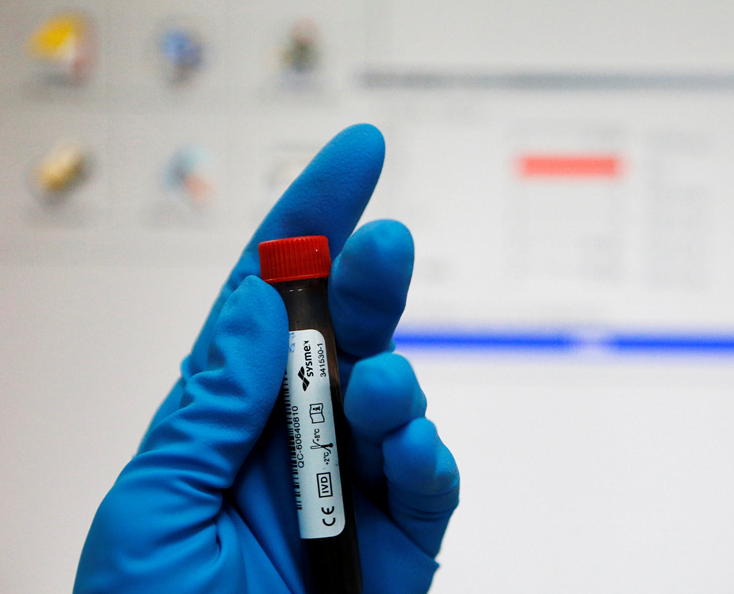 A technician holds a test tube with a blood sample at the Russian anti-doping laboratory in Moscow, Russia, May 24, 2016. (Photo: Reuters)

BEIJING, Oct. 25 (Xinhua) -- The illegal manufacturing and sale of performance-enhancing substances could soon face criminal punishment in China, with the country's Supreme Court vowing to fight hard against doping.

Jiang Qibo, a judge sitting on China's Supreme People's Court, announced at the second edition of the WADA Global Education Conference on Thursday that the process is in its crucial final stage.

"We are studying and drawing up judicial interpretations on the application of law in handling criminal cases related to the use, manufacturing, sale and smuggling of performance-enhancing substances," said Jiang.

"We are speeding up our work and will make the result public as soon as possible," he added.

China has been working to promote anti-doping legislation, after the State Council launched the Anti-Doping Regulation in 2004.

Previously, the regulations had a connection with criminal law, but criminal law lacked specific terms regarding anti-doping. For this reason, the punishments for doping violations have been mostly confined to fines, bans and administrative penalties, while public calls for criminal punishment have been widespread.

With the announcement, China's highest judicial authority has thrown its support behind the country's wider anti-doping effort.

"With China strengthening the rule of law and anti-doping having been included in the process, we, as China's highest judicial organ, feel obliged to do our part in cracking down on doping," Jiang said.

"What we are doing shows China's zero-tolerance stance on doping and sends a strong signal to the sports circle that we advocate fair play," he said.