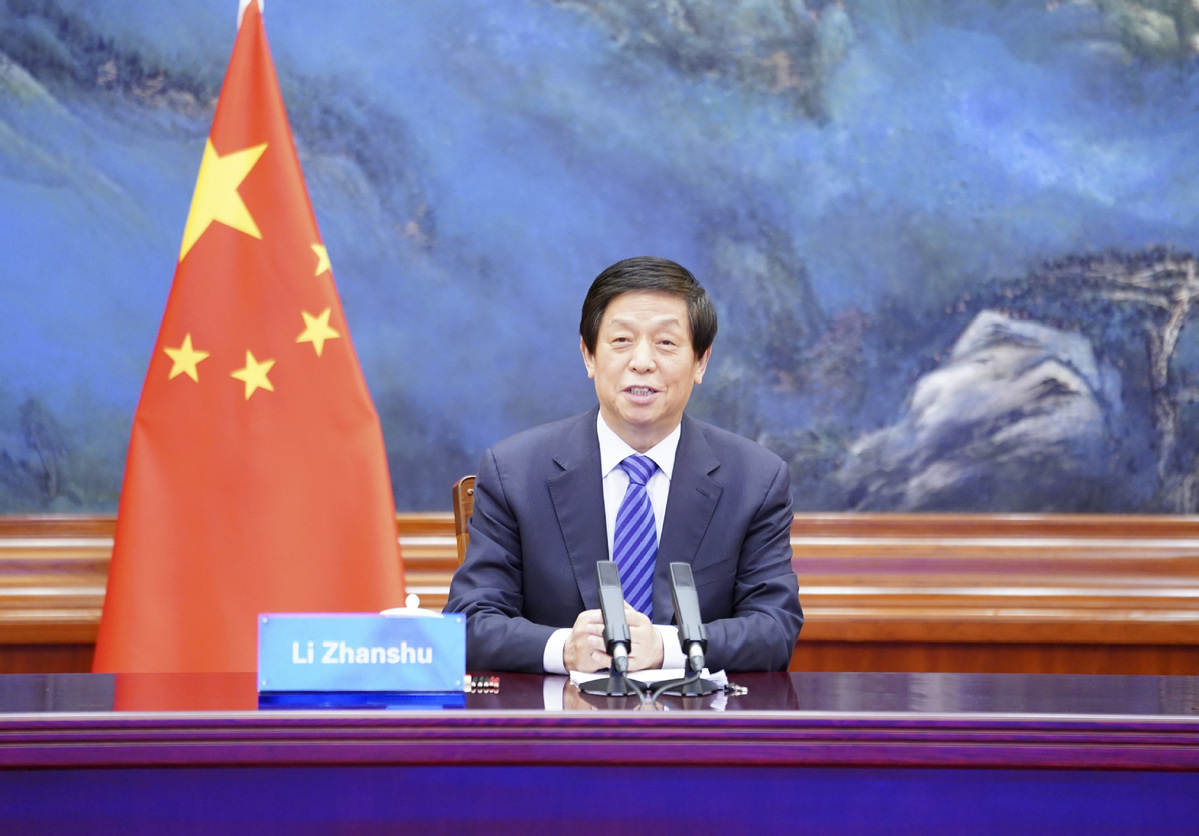 Li, chairman of the National People's Congress Standing Committee, said since China and Egypt established diplomatic relations 65 years ago, their bilateral relations have stood the test of the changing international landscape, maintained healthy and steady development, and set a fine example of China-Arab and China-Africa relations featuring sound cooperation and mutual benefit.

China stands ready to work with Egypt to earnestly implement the important consensus reached by the leaders of the two countries, deepen the traditional friendship and practical cooperation across the board, and continue to develop the comprehensive strategic partnership between the two countries, he said.

Li called on the two countries to enhance mutually beneficial cooperation and coordination, keep supporting each other on issues regarding core interests and major concerns, promote world multi-polarity and economic globalization, and safeguard the common interests of developing countries.

He said China is actively building a new development paradigm that will provide more space for bilateral cooperation.

Highlighting Egypt as an important part of China-Africa and China-Arab cooperation, Li said China stands ready to work with African countries and Arab countries, including Egypt, to coordinate on jointly building the Belt and Road and promote economic and social development to further develop cooperative relations between the two sides.

Li called on the NPC of China and the Egyptian House of Representatives to maintain the momentum of high-level exchanges, strengthen exchanges between special committees and friendly groups, promote youth exchanges and nurture forces of the new generation for friendly relations, and approve, amend and enact laws that are beneficial to bilateral relations in a timely manner.

He also called for the two legislative bodies to carry out experience exchanges on rule of law and economic development, and closely coordinate and cooperate in multilateral affairs.

Gebaly offered his congratulations on the 100th anniversary of the founding of the Communist Party of China and said Egypt firmly upholds the one-China principle.

Egypt is willing to work with China to enhance cooperation under the framework of the Belt and Road to secure further achievements, Gebaly said.

Gebaly highlighted China's success in fighting the pandemic and expressed the expectation of deepening anti-pandemic cooperation between the two sides.

The Egyptian side is willing to enhance cooperation between the two legislative bodies to promote the development of the China-Egypt comprehensive strategic partnership, Gebaly said.