The achievements made by China in the past few decades through the policy of reform and opening-up are so important to Africa because they give African people hope that such development can be realized, a senior Kenyan official has said.

The problems we still face in Africa are so huge, Raphael Tuju, Secretary-General of the ruling Jubilee Party of Kenya, told Xinhua in an exclusive interview on Wednesday. 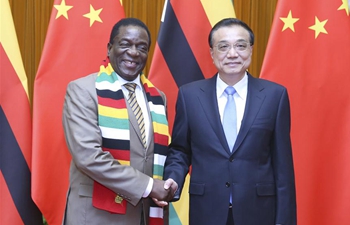 "There are problems of disease, problems of infrastructure and problems of poverty. Africa is just overloaded with problems," he said, adding that one of the biggest slums in Africa is in Nairobi.

"But if you look at what has been achieved in China, it gives us hope that something can be done in our lifetime," he said.

He stressed that China's experience in reform and opening-up is very significant, because it gives people in Africa an example of how things can be done.

The reform and opening-up policy has been behind China's robust growth over the past 40 years, which saw the country become the world's second largest economy and the largest contributor to world growth.

From 2013 to 2017, China contributed more than 30 percent of world economic growth, more than the combined contribution from the United States, Japan, and the eurozone, the World Bank data showed. 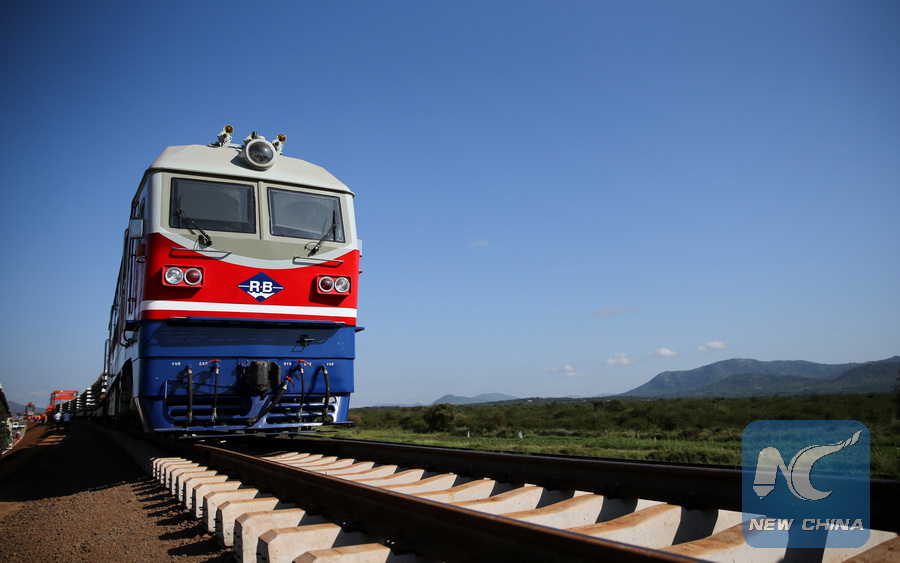 A locomotive is seen at a construction site of the Standard Gauge Railway (SGR) project, near Sultan Halmud, Kenya, on May 28, 2016. (Photos: Xinhua)

Accoridng to Tuju, who is 59, his first encounter with China was when he was doing the geography of the world as a children. He said, "The enduring image of China was mostly about the Chinese with straw hats in the rice fields."

Afterwards, the picture about China was about streets with thousands of bicycles, he said. "But now, if you ask any Kenyan about China, the first thing is about the Standard Gauge Railway (SGR) linking Mombasa and Nairobi, and Guangzhou, where the Kenyans go to buy clothes and other things they need."

He stressed China's development was a template and a model of what has worked. Tuju was especially impressed by China's achievement in lifting more than 700 million Chinese people out of poverty in the past decades.

"There is no precedent in the history of mankind. If China can achieve that, it gives us a flicker of hope and light at the end of the tunnel," he said. 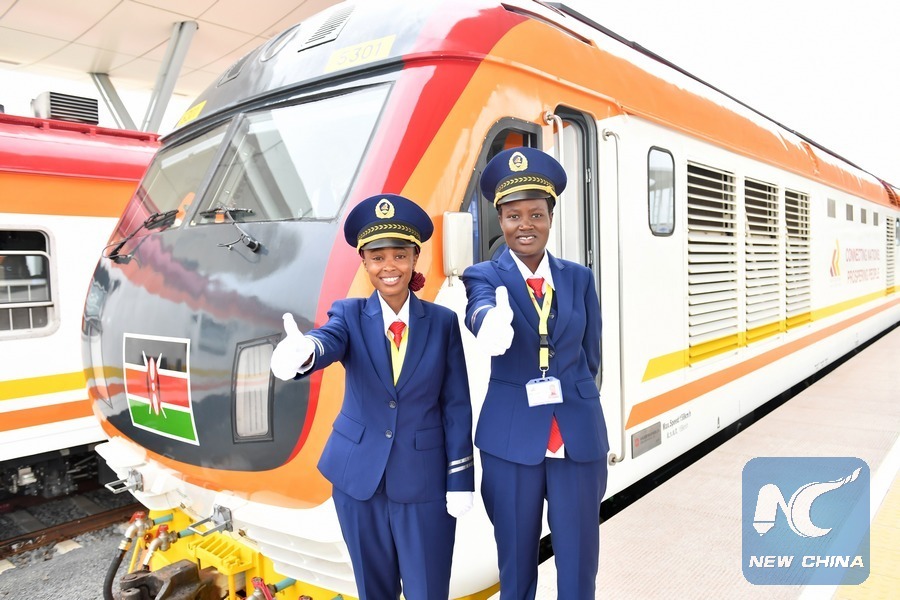 Two female engine drivers gesture before the operations of the Standard Gauge Railway (SGR) in Mombasa, Kenya, on May 31, 2017. Kenya began operations on the Chinese-built SGR in 2017.

As it marks the 40th anniversary of the reform and opening-up policy this year, China will broaden market access, create a more attractive investment environment, strengthen protection of intellectual property rights, and take the initiative to expand imports.

He said it is very important for China to continue to open up its markets. The new measures will help ensure the trade between China and Africa is sustainable because of a two-way traffic.

Tuju expressed the hope that the industries which are no longer economical in China because of the cost of labor would be moved to Africa to be closer to the markets.

As for party-to-party exchange, he said the Jubilee Party has been working on enhancing the relationship with the Communist Party of China (CPC). The Jubilee Party will send members to China to study the experience of the CPC and it is planning to establish a party school, according to Tuju.