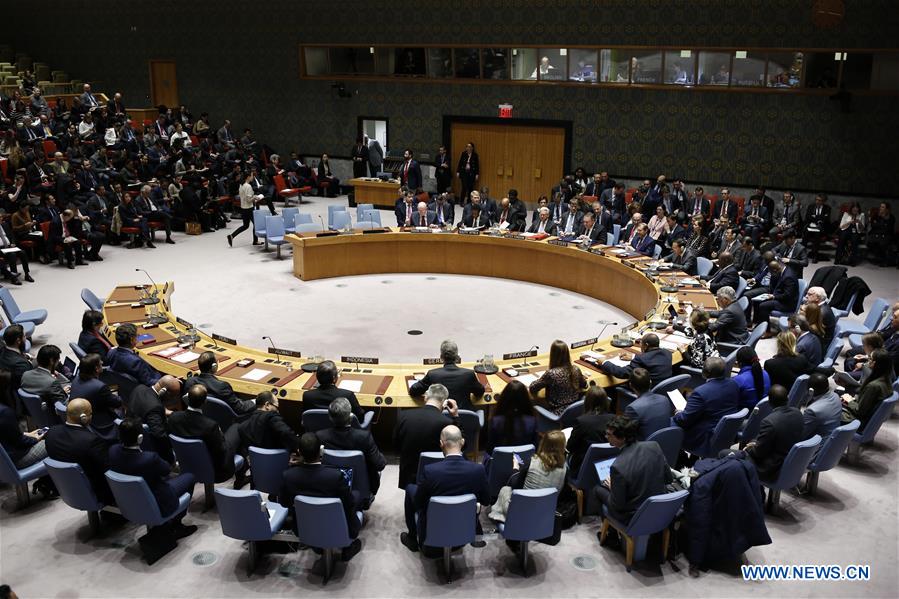 The photo taken on Jan. 26, 2019 shows the United Nations Security Council emergency meeting on the situation in Venezuela, at the UN headquarters in New York. (Photo: Xinhua)

“China is against adding the situation in Venezuela to the agenda of the Security Council,” said Chinese Ambassador Ma Zhaoxu, the Permanent Representative of China to the United Nations.

Ma said that China is highly concerned about the current situation in Venezuela and calls on all parties to maintain rationality and calmness, and to proceed from the fundamental interests of the country and the people to seek a political solution through peaceful dialogue within the framework of the Venezuelan Constitution.

“China supports the efforts of the Venezuelan government to safeguard national sovereignty, independence and stability,” Ma said, adding that China advocates that all countries should abide by the purposes and principles of the UN Charter, especially those that do not interfere in internal affairs, respect each other's sovereignty and territorial integrity, and do not threaten to use force.

Ma also said that China has consistently pursued the principle of non-interference in other internal affairs and opposed external intervention in Venezuela. The situation in Venezuela is a domestic policy that does not pose a threat to international peace and security and is not on the Council’s agenda. China opposes adding the "Venezuela situation" to the agenda of the Security Council.

Ma pointed out that the affairs of Venezuela must only be chosen and decided by the Venezuelan people.

“We call upon all parties to respect the choice of the Venezuelan people. Venezuela's stability and development are in the interests of all parties. It is hoped that all parties will do more things that are conducive to the stability of Venezuela. I hope that the international community will jointly create favorable conditions for this,” said Ma.

The last time the Security Council convened on a weekend was on April 14, 2018, to discuss the Israel-Palestine issue.

Saturday's meeting was requested by the United States and some other countries. US Secretary of State Mike Pompeo participated in and briefed the meeting.