WORLD China's UN envoy: Only history can do justice for Afghanistan

China's UN envoy: Only history can do justice for Afghanistan 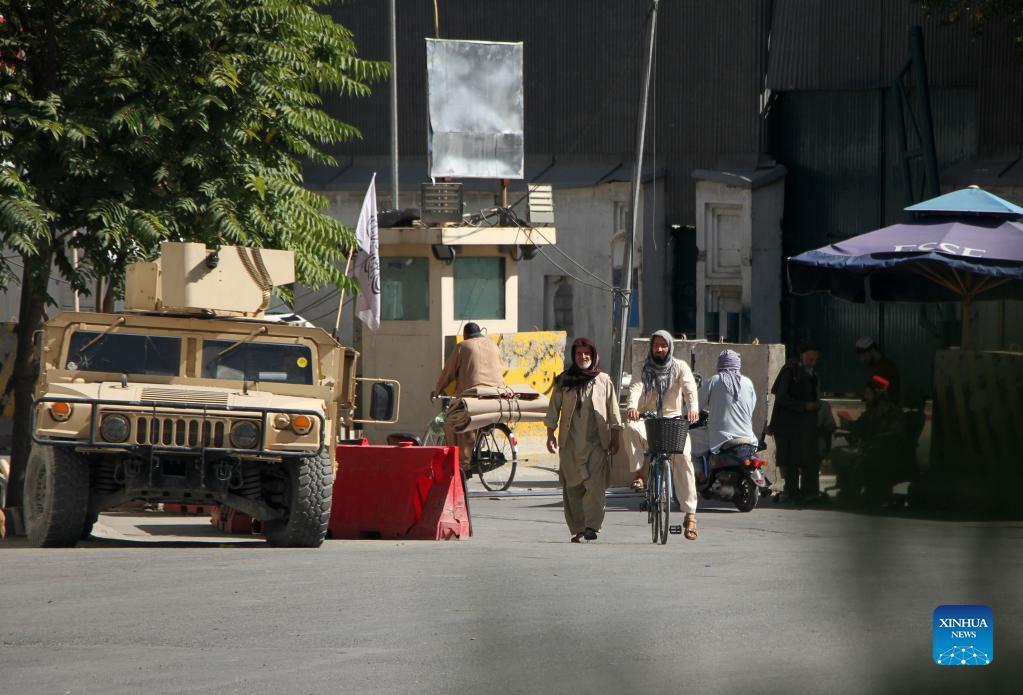 Photo taken on Sept 8, 2021 shows a view of a street in Kabul, capital of Afghanistan. (Photo: Xinhua)

Only history can do justice to what has happened in Afghanistan over the past 20 years, a Chinese envoy to the United Nations told the Security Council as he warned relevant countries to "correct mistakes in a timely manner".

As an ancient civilization of Central Asia, Afghanistan has experienced many ups and downs in its history. Over the past two decades, Afghanistan's development has been fraught with challenges, and its people have suffered immensely, said Geng Shuang, China's deputy permanent representative to the UN.

Twenty years on, the various Afghan factions have failed to achieve unity. Terrorist forces have not been eradicated but instead became increasingly rampant. Twenty years on, its people have been "teetering between poverty and instability", the envoy said.

"The recent abrupt changes in Afghanistan remind us once again that military interventions and power politics cannot gain popularity, and foreign models and democratic transformations are hard pressed to gain a foothold," Geng said.

"What relevant countries have done in Afghanistan in the past 20 years has ended in failure. They should seriously reflect on it and correct mistakes in a timely manner, rather than walking away from the problems of their own doing and leaving them to Afghanistan and other countries in the region," he added.

After all, they "bear the inescapable political, security, economic and humanitarian responsibilities for Afghanistan", and are more obliged than other countries to help Afghanistan maintain stability and reconstruct its nation.

"They should earnestly honor their commitment to the Afghan people and take concrete actions to participate in the international community's assistance efforts in Afghanistan," Geng added.

The envoy made the comments as the UN's highest governing body convened Thursday to consider the recent developments in Afghanistan. The meeting took place two days after the Taliban's announcement on Sept 7 of the establishment of a caretaker government, weeks after it seized power in the nation.

"Today, Afghanistan stands at a historic crossroads. We sincerely hope that Afghanistan can make the right choice and find a development path suited to its national conditions," the envoy said.

He called on the international community to contribute constructively to Afghanistan's reconstruction, to respect the sovereignty, independence, territorial integrity of Afghanistan, as well as the will of the Afghan people, and to adhere to "the Afghan-led and Afghan-owned" principle.

Geng urged for more dialogue and guidance to the new leadership in Afghanistan. He warned against "conceiving presumptions" and "creating difficulties". The international community should help the Taliban honor its commitments and prevent the country from once again becoming a "hotbed of terrorism", he said.

In addition, all countries should abandon the double standard when it comes to combating terrorist groups such as ISIS, al-Qaida, and the East Turkestan Islamic Movement (ETIM), he said.

China welcomes the secretary-general's proposal to hold a high-level humanitarian conference in Geneva on Sept 13, Geng said. It hopes that the international community, especially the major donor countries, will increase assistance to Afghanistan.

At the same time, the international community should help Afghanistan tap into its natural and human resources, develop regional cooperation, and promote social and economic development as well as improve the well-being of its people, he said.

Geng called on Afghans' overseas assets to be unfrozen, a factor that he said has contributed to the current economic difficulties in Afghanistan.

"These assets belong to Afghanistan and should be used for Afghanistan, not as leverage for threats or restraints," he added.

He urged the international community to understand the difficulties of Afghanistan's neighboring countries and support their efforts to promote peace and development in Afghanistan.