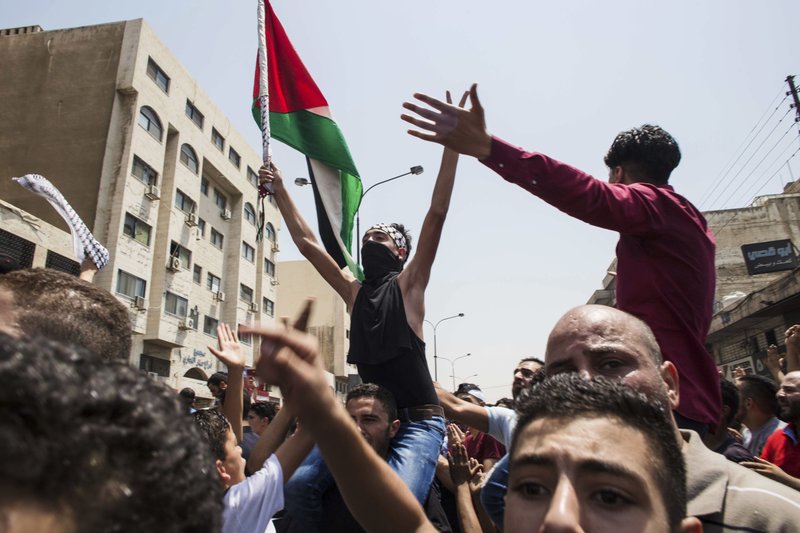 Mourners march, waving the Palestinian flag on the streets of Jerusalem. (Photo: AP)

New York (People’s Daily) – "A lasting solution to the Palestinian-Israeli conflict can only be achieved by peaceful means through dialogue and negotiations,"  Ambassador Ma Zhaoxu, Permanent Representative of China to the United Nations and also President of the United Nations Security Council, said on Wednesday at a Special Commemorative Meeting in Observance of the International Day of Solidarity with the Palestinian People.

The UN General Assembly adopted Resolution 181 on the partition of Palestine in 1947, but an independent and sovereign state has yet to be realized.

Ambassador Ma said that this year marks the 25th anniversary of the signing of the Oslo Accords which remind us that a lasting resolution to the Palestinian-Israeli conflict can only be achieved by peaceful means.

"Bearing in mind its relevant resolutions, the Council remains fully committed to a comprehensive, just and lasting peace in the Middle East," said Ma.

Ma said, in the past year, the Security Council has monitored the situation in the Middle East, including the Palestinian question, and that it has received monthly briefings from the Secretary-General’s Special Coordinator for the Middle East Peace Process and the Department of Political Affairs, as well as holding open debates on a quarterly basis.

Ma said that meetings were also convened in response to the situation in the Gaza Strip.

He continued that Security Council members are concerned about the deterioration of the situation in the Gaza Strip and are asking for increased international support to alleviate the humanitarian and economic situations.

"The Council members condemn all violence and hostilities directed toward civilians and all acts of terrorism. They reiterate their call for the resumption of peaceful negotiations as soon as possible,"  Ma said.

Ma emphasized that the Council, in conformity with the Charter of the United Nations, remains committed to the achievement of a just, lasting and peaceful resolution to achieve peace and security that the Israeli and Palestinian people both need and deserve.