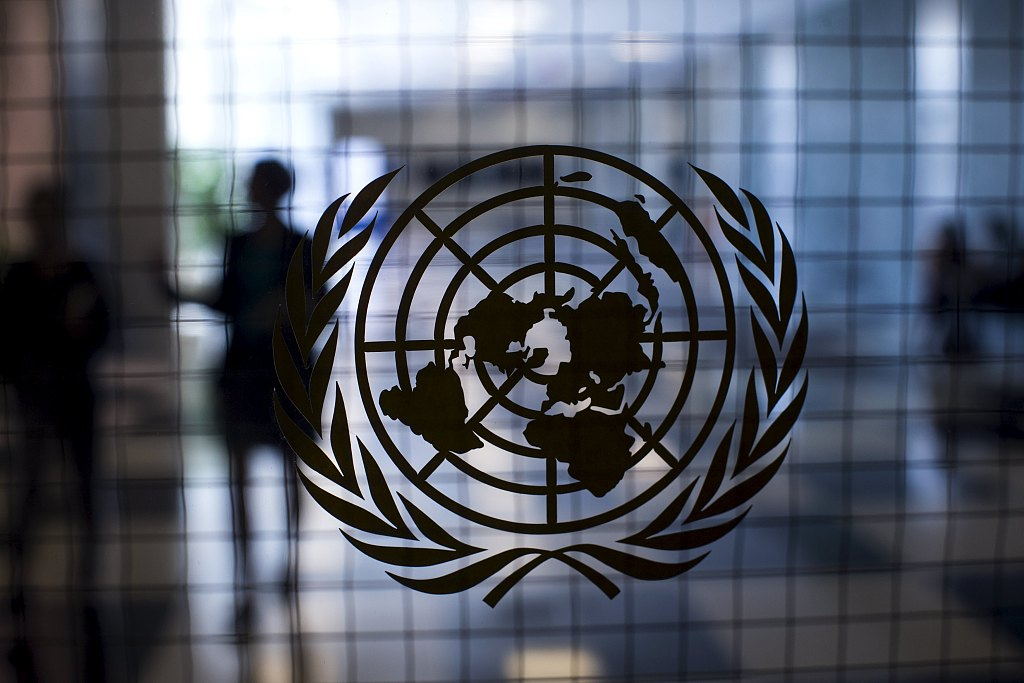 Sustainable development is the most important work in preventing conflict and the most cost-effective peace project, China's ambassador to the United Nations told the UN Security Council at a high-level debate on Tuesday.

"We must fully recognize that development underpins the solutions to all problems. Investing more in development and removing the development deficit are, in reality, the most important tasks in conflict prevention, and represent the most cost-effective peace project," said Zhang Jun, China's permanent representative to the UN.

The 15-member Security Council convened Tuesday for a high-level open debate on "Peacebuilding and Sustaining Peace: Contemporary Drivers of Conflict and Insecurity".

According to a concept note by Saint Vincent and the Grenadines, the president of the international organ for November, the aim of the debate is for members of the Security Council to "exchange views on the security implications of contemporary drivers of conflict and insecurity, such as pandemics and environmental challenges, including climate change".

Zhang noted that the 2030 Agenda for Sustainable Development is facing massive new obstacles in its implementation, and that the divide between the Global North and the Global South risks becoming even wider.

"The international community should address development issues with a heightened sense of urgency and promote the implementation of the 2030 Agenda in a comprehensive, balanced and vigorous manner," the ambassador said.

"The focus should be eradicating poverty and preventing any major reversal of the gains in global poverty reduction," he added.

Zhang stressed that the prevention and control of COVID-19 remains the top priority for the international community and that it should stay committed to "putting people and life first."

He also said climate change is a development issue.

"We must continue to uphold the principle of common but differentiated responsibilities and respective capabilities and build a fair and reasonable global climate governance system that facilitates win-win cooperation," Zhang told the Security Council.

The envoy recalled President Xi Jinping's announcement at the UN general debate this year that China aims to hit peak CO2 emissions before 2030 and strives to achieve carbon neutrality before 2060. That demonstrates China's resolve and responsible attitude in tackling climate change, Zhang said.

China hopes all countries, including the entire membership of the Security Council, especially the developed countries, will take steps to jointly promote the implementation of the Paris Agreement, he added.

Building a solid foundation for sustainable development is a key task for post-conflict countries, the ambassador said. If development remains stalled long after the end of a conflict, it will be difficult for peace to truly take hold, he said.

Given the complex and intertwined nature of international security challenges, no country can stand alone in isolation, let alone obsession with force. Embracing the concept of collective, common and general security is the right choice, he added.

"No country can gain from others' difficulties or maintain stability by taking advantage of others' turmoil. The peaceful settlement of disputes is a cardinal principle enshrined in the UN Charter and represents the right way for countries to engage one another," Zhang said.

"We must oppose the frequent resort to threat of force in international relations. We must reject the Cold War mentality and the forming of exclusive groups. We must stay vigilant against any attempt to provoke confrontation between groups of countries and to stoke up a new Cold War," he added.

The envoy said the recent terrorist attacks have once again demonstrated that terrorism remains a lurking threat, and that international counterterrorism cooperation should be strengthened rather than weakened.

"Acts of terrorism, whenever, wherever and by whomever committed, must be met with resolute measures. At the same time, we should not link terrorism to any specific country, ethnicity or religion, let alone practicing double standards on counterterrorism issues," Zhang said.

Regarding the issue of cybersecurity risks, the ambassador said they are a new challenge that all countries face together.

"There is an urgent need to strengthen communication and coordination at the international level to jointly formulate countermeasures. No country should abuse the notion of national security to restrict normal ICT development and cooperation," he said.

The ambassador also said that solidarity and cooperation make up the most powerful weapon against all challenges.

"We live in an interconnected global village where all people share weal and woe. The close ties that bind our countries together dictate that mankind has a common destiny," he said.

"We must come to appreciate our converging interests, develop a sense of community of shared future, transcend faction and zero-sum thinking, view the world as a big family, and strive for win-win cooperation," he added.