WORLD China's vaccine to be included in Brazil's immunization program

China's vaccine to be included in Brazil's immunization program 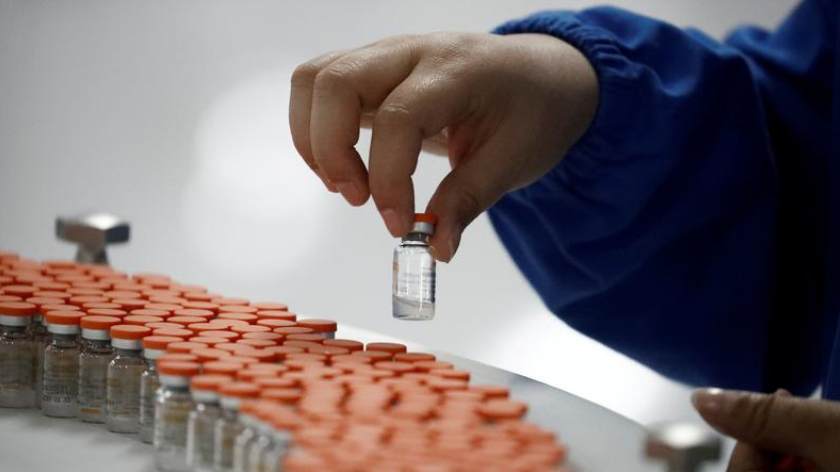 The Brazilian government will include China's Sinovac vaccine against COVID-19 in its national immunization program, state governors said on Tuesday after a meeting with the country's health minister, in addition to one developed by AstraZeneca and Oxford University.

This means the experimental Chinese vaccine called Coronavac, which Brazil's largest state of Sao Paulo had hoped to provide to its residents, may also be used to vaccinate Brazilians elsewhere, a major success for Sinovac in a nation of 230 million people.

The federal government already has plans to purchase the UK vaccine and produce it at its biomedical research center FioCruz in Rio de Janeiro, while the Chinese vaccine is being tested by Sao Paulo state's research center Butantan Institute.

Sao Paulo Governor Joao Doria said after the Health Ministry meeting that the federal government has agreed to buy 46 million doses of the Sinovac vaccine.

The national vaccination program could begin in January 2021, he said, which could make it one of the first immunization efforts against coronavirus in the world.

The Butantan Institute said on Monday that preliminary results from late-stage clinical trials of CoronaVac on 9,000 volunteers have proven that the two-dose Chinese vaccine is safe.

Butantan director Dimas Covas said data on how effective the vaccine is will not be released until the trial is completed.

The result is only preliminary and researchers will keep monitoring the participants in the ongoing trial, Covas said. It's the first set of results of Sinovac's global Phase III trials, which are also being conducted in Turkey and Indonesia.

The Sao Paulo government has already asked health regulators to approve CoronaVac for use, a major step in what could be one of the first vaccination programs in the Americas.

At a Tuesday press conference, a Chinese official said nearly 60,000 people have been injected with China's COVID-19 vaccines so far and no one has reported severe adverse reactions.

Among the country's 13 vaccines in clinical trials, four candidates have entered Phase III trials with volunteers across 10 countries. In addition to Brazil, developing countries in Southeast Asia, and Africa have also undergone various Chinese vaccine experiments.

Last week, a group of ambassadors and diplomats from 50 African countries were invited to visit China's largest vaccine maker Sinopharm. In the vaccine factory, they were briefed about the Phase III clinical trials of the company's COVID-19 vaccine, which is being carried out in 10 countries including the United Arab Emirates, Peru and Argentina with more than 50,000 volunteers involved.

China, at large, is expected to produce up to 610 million doses of COVID-19 vaccines by the end of this year, Zheng Zhongwei, head of China's coronavirus vaccine development task force, said at an earlier press briefing, adding that the capacity will be further expanded next year to meet the huge demand.