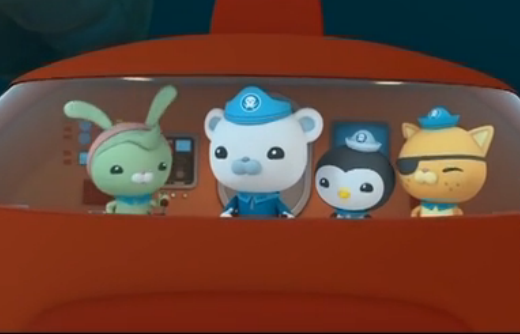 Wanda Kids, the Chinese conglomerate’s entertainment division for children, is teaming up with British company Silvergate Mdea to produce two films of a hit animation for pre-school children, the Octonauts, according to a report from the US entertainment magazine Variety.

Netflix has acquired the two specials and will be in charge of promoting the two productions internationally under the Netflix Originals banner.

The Octonauts tells the story of a group of animal adventurers' exploration of the oceans, while at the same time rescuing aquatic creatures and protecting their habitats. The animation series debuted in China in 2014 through the country’s State television broadcaster China Central Television, which was restructured into the China Media Group earlier this year.

The two also signed a deal to jointly produced the fifth season of the series, which is expected to hit the Chinese TV screens this autumn.

According to Silvergate’s new deal with Wanda Kids, the first of the two films, titled “The Ring of Fire,” will be released in 2020, while no exact date has been decided for the second one, “The Underwater Caves of Sac Atun.”

The animation became popular after its debut in China, garnering more than 14 billion online views and 5 million books sold through licensing deals. The stuffed toys based on the characters have also sold over 400,000 as of August last year, while the first themed exhibition has attracted over 300,000 visitors.