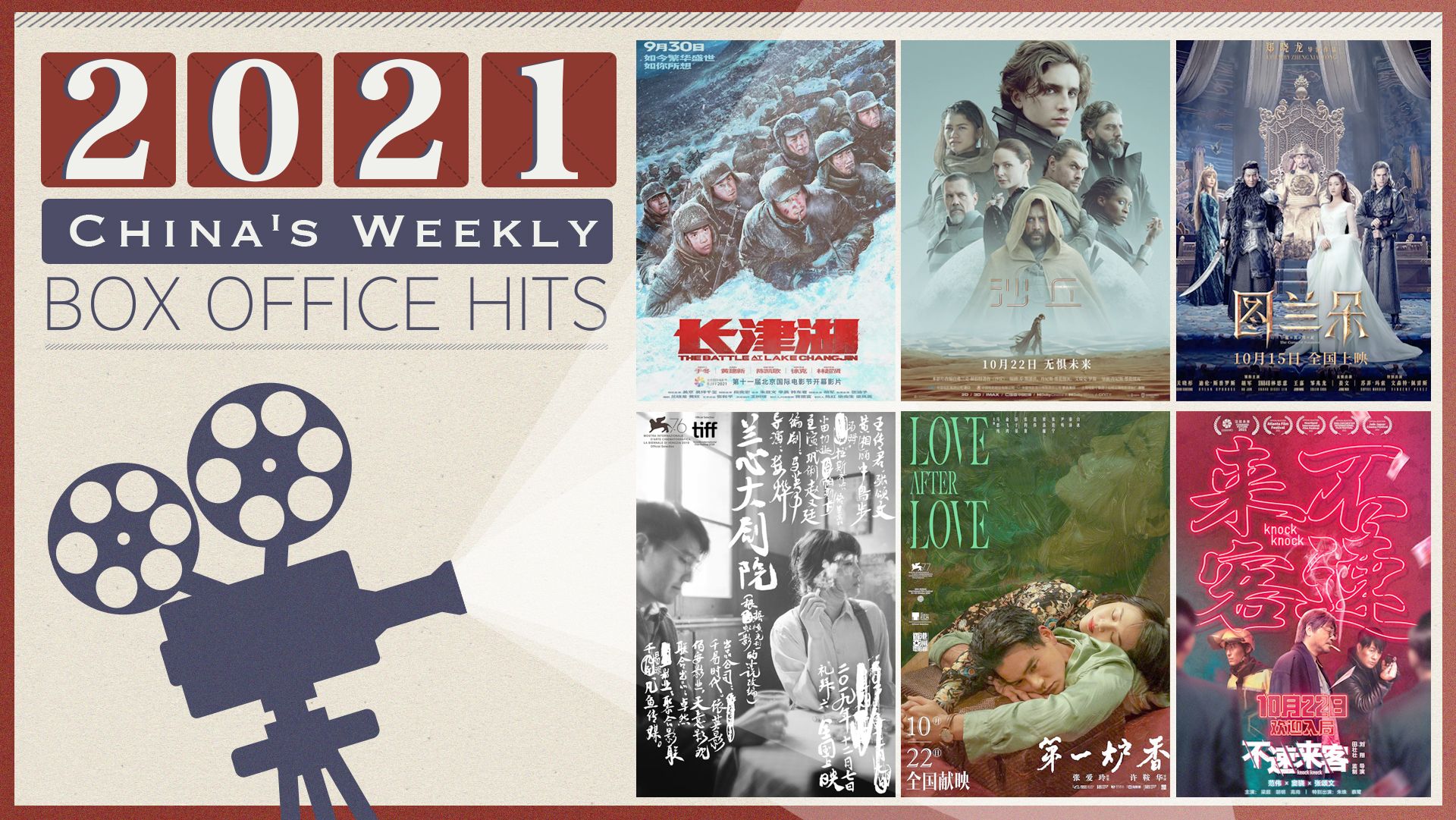 The domestic box office grossed 681 million yuan (about $106 million) in the week from October 18 to 24, down 35 percent from 1.05 billion yuan the previous week, according to Maoyan, Chinese film ticket platform.

"The Battle at Lake Changjin" earned 380 million yuan in its fourth week to retain the top slot, totaling 5.3 billion yuan in 25 days, temporarily ranking the third in box office earnings in the Chinese film history and inching towards second-placed "Hi, Mom."

Sci-fi blockbuster "Dune" came in second with 141 million in its three-day opening weekend. "My Country, My Parents" fell to third place with 73.91 million in its fourth week, bringing its total to 1.42 billion in 25 days.

Also, two new films, "The Curse of Turandot" and "Saturday Fiction," which were released last week, will say goodbye to viewers after only a week. Despite top stars like Jiang Wen and Gong Li, the two films earned less than 20 million yuan.

Another new film from the Chinese mainland, "Knock Knock," earned more than 30 million yuan in its first week thanks to good reviews and the murder mystery game-based script.

Another Hollywood blockbuster "007: No Time to Die" is hitting theaters this Friday. It is the 25th James Bond film that held its grand premiere at the Universal Beijing recently, attracting Chinese director Lu Yang and cinematographer Cao Yu among others. After watching the film, Lu said he did not expect the ending of the film to be like this. "It is completely different from the ending of previous Bond films."

It was Daniel Craig's fifth bond film and his final. Lu Yang recalled that watching 007 series was the most enjoyable thing in his middle school years, because he could go on adventures with James Bond. He revealed that he used to like Roger Moore and Timothy Dutton as the second and fourth James Bond actors, but saw a very different bond in Daniel Craig.

"He's very human, especially in 'No Time to Die,' where there's family and affection for the first time, which was a surprise to me and I was blown away," said Lu. "We knew Bond would defeat his enemies," Lu added. "But the ending in 'No Time to Die' was something I didn't expect. It was very emotional."

(Cover image made by Zhu Shangfan)