DAMASCUS -- China's Xinjiang has scored remarkable development on both social and economic levels with an ongoing improvement of people's living standards in recent years, a Syrian political expert said, attributing it to Beijing's efforts in promoting equality among all ethnic groups in the country. 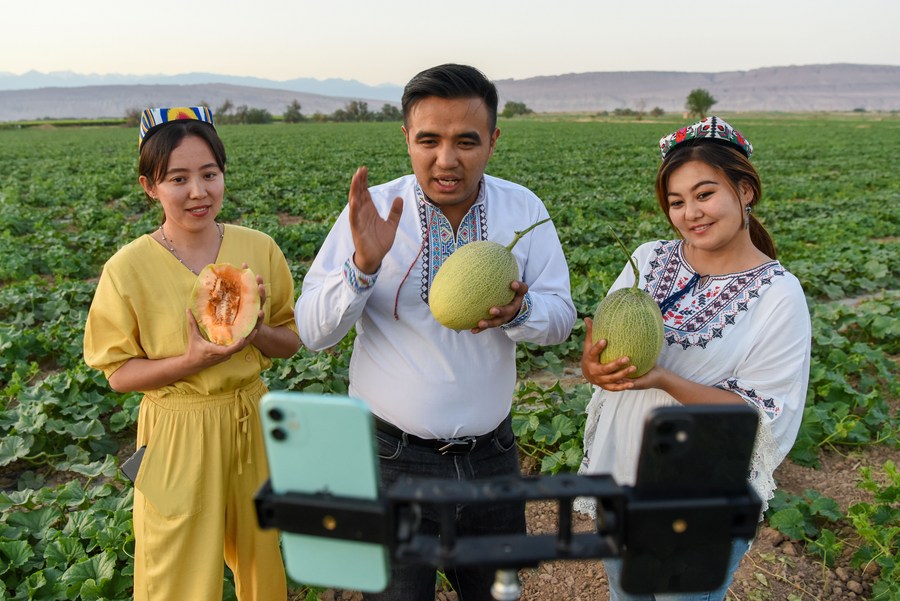 Ghassan Youssef, an expert in Chinese affairs, said in a recent interview with Xinhua that all ethnic groups in Xinjiang Uygur Autonomous Region enjoy equal rights of economic development and are moving steadily towards the goal of prosperity.

"We know that eradicating poverty and improving living standards are the goals of the Communist Party of China, so all that China does is part of its aim to achieve common prosperity," he said.

The Chinese government is attaching equal importance to protecting the culture of all ethnic groups in Xinjiang, and citizens' right to freedom of religious belief is also guaranteed, the expert noted.

"All ethnic groups in Xinjiang have equal rights to protect their distinct traditional culture, languages and words," Youssef said. "This confirms that China will not deal with this region in any distinction from other regions."

On their political rights, Youssef pointed out that ethnic groups in Xinjiang enjoy equal rights in the affairs of the country and the local administration.

"All Chinese citizens can be responsible in the state, society, administration, and governance, and this is beneficial to China and the Chinese people," Youssef said.

He criticized Washington's flagrant interference in other country's internal affairs, saying that the United States aims to practice its manipulation of Xinjiang-related issues for political purposes.

The United States has many internal issues to solve before attempting to lecture other countries and interfere in their affairs, he said.

"We have been seeing recently the revived discrimination against African Americans and the police brutality in dealing with them. But so far we have seen little by the U.S. administration to resolve this issue that goes back to the times of slavery," he said.

"Throughout the U.S. history, white Americans have generally enjoyed privileges and rights which have been denied to members of various ethnic or minority groups, but yet, the U.S. administration speaks about discrimination and attempts to blatantly interfere in other countries' affairs," he added.