China says investment deal a win-win, not a gift, after EU parliament warning 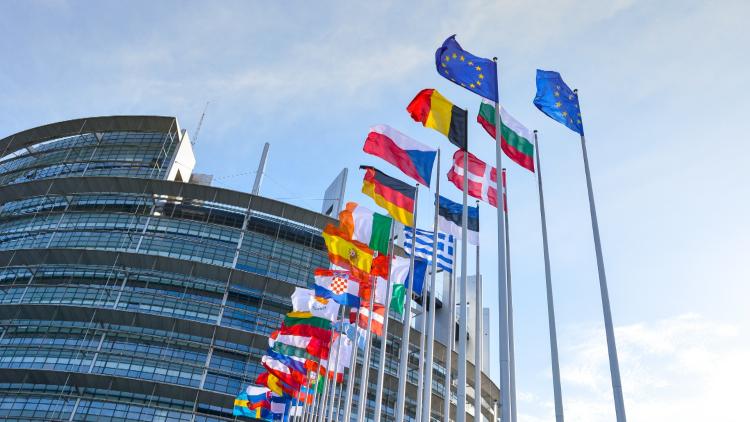 Obstacles to the European Union-China investment deal will hurt both sides, China has warned, after the EU Parliament voted to freeze the ratification process.

"The China-EU Investment Agreement is a balanced, mutually beneficial and win-win agreement, not a gift from anyone," a statement from China's mission to the EU said. "China has always been sincere to promote cooperation between the two sides and hopes that the EU will meet us halfway."

The statement also noted that China's decision to impose sanctions on EU officials was a legitimate response to measures first implemented by the European side.

Earlier, European lawmakers overwhelmingly voted in favor of freezing the deal and said they won't even consider starting the ratification process until sanctions against five of their colleagues and the Subcommittee on Human Rights are lifted.

Members of the European Parliament voted 599 in favor and 30 against, with 58 abstentions, on the motion to put the Comprehensive Agreement on Investment (CAI) on ice.

"Any consideration of the EU-China Comprehensive Agreement on Investment as well as any discussion on ratification by the European Parliament, have justifiably been frozen because the Chinese sanctions are in place," the motion stated. It added that China should "lift the sanctions before Parliament can deal with the CAI, without prejudice to the final outcome of the CAI ratification process."

In March, Beijing imposed sanctions on 10 Europeans, including five members of the European Parliament (MEPs) and four entities, including the Subcommittee on Human Rights.

The measures were in retaliation to EU sanctions on four Chinese officials and one entity in the Xinjiang Uygur Autonomous Region, accusing them of involvement in human rights abuses. It was the first time the 27-member bloc had imposed punitive measures on Beijing in 30 years.

MEPs need to sign off on the agreement before it can come into effect and their refusal to start the ratification process now puts the deal in jeopardy.

The deal was agreed in principle in late December, after seven years and 35 rounds of negotiations. Germany's Chancellor Angela Merkel gave it the final push over the finish line, keen to seal the deal while Berlin was at the helm of the rotating European Council Presidency.

The CAI holds the promise of unlocking new investment opportunities for both China and the EU. European companies would be granted greater access to rapidly expanding and highly lucrative Chinese industries including manufacturing, healthcare and cloud computing. The playing field would also be leveled between Chinese and European firms.

In return, China would gain limited entry into the bloc's manufacturing and renewable energy market at a time when the EU was throwing billions of dollars towards a green transition.

But the pact always faced an uphill battle in the European Parliament, with many MEPs feeling it lacked teeth on human rights.

While the ratification process stalls, the European Commission continues work on the technical aspects of the agreement including turning it into legal text and translating it into the EU official languages.