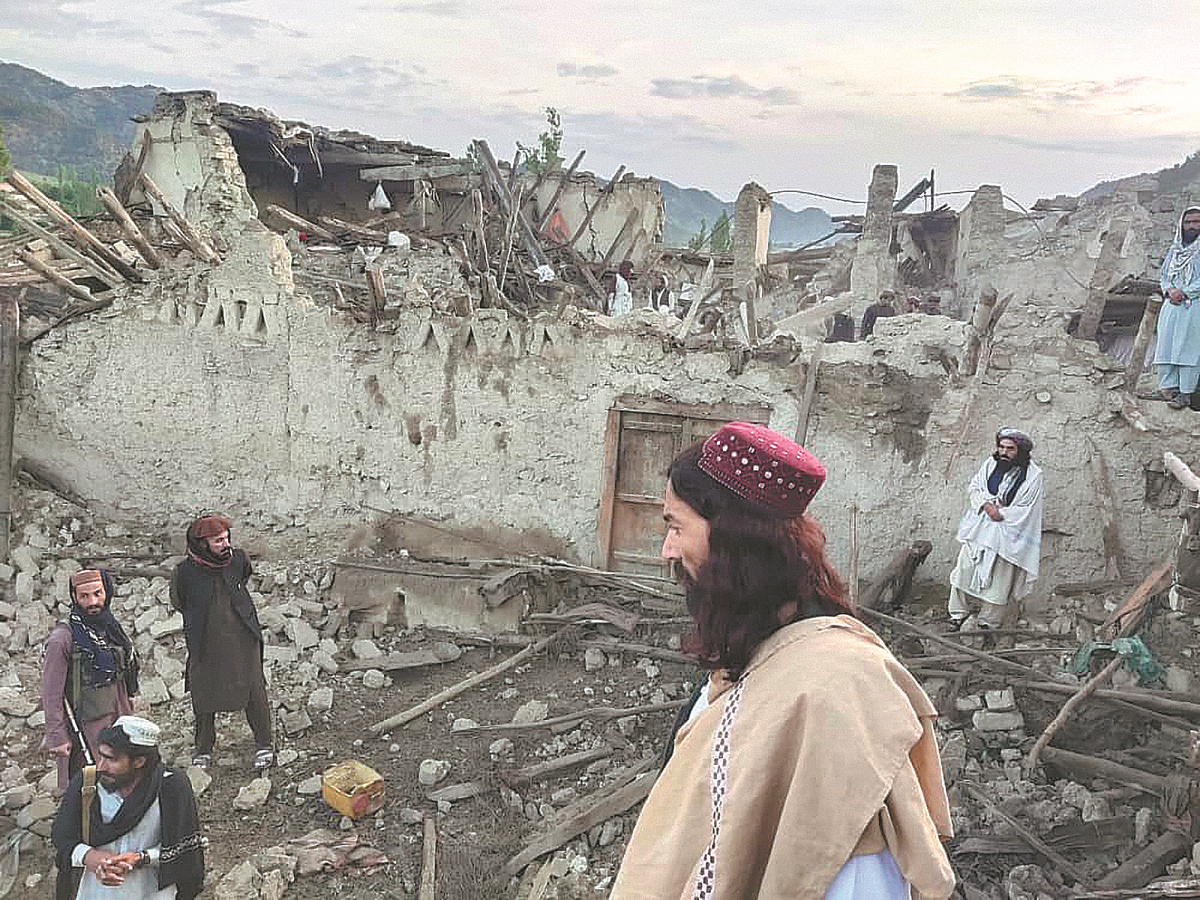 People look at the destruction caused by an earthquake in Paktika, eastern Afghanistan, on Wednesday. [Photo/Agencies]

China, which has been providing emergency humanitarian aid to Afghanistan, will send another batch of aid for the specific purpose of assisting the latter's recovery from Wednesday's earthquake that has claimed at least 1,000 lives, Foreign Ministry spokesman Wang Wenbin said on Friday.

State Councilor and Foreign Minister Wang Yi has sent a condolence message to Acting Foreign Minister of the Afghan Interim Government Amir Khan Muttaqi, and emphasized that China will try its best to provide Afghanistan emergency humanitarian assistance according to Afghanistan's need, the spokesman told a daily news conference.

China's local governments and companies as well as the Red Cross Society of China are also raising cash, tents and blankets for disaster-hit areas, the spokesman said, adding that the food aid China had promised earlier has arrived in Afghanistan and are being distributed.

China also hopes to enhance cooperation with Afghanistan on disaster prevention and relief, especially on monitoring and predicting disasters, the spokesman said.