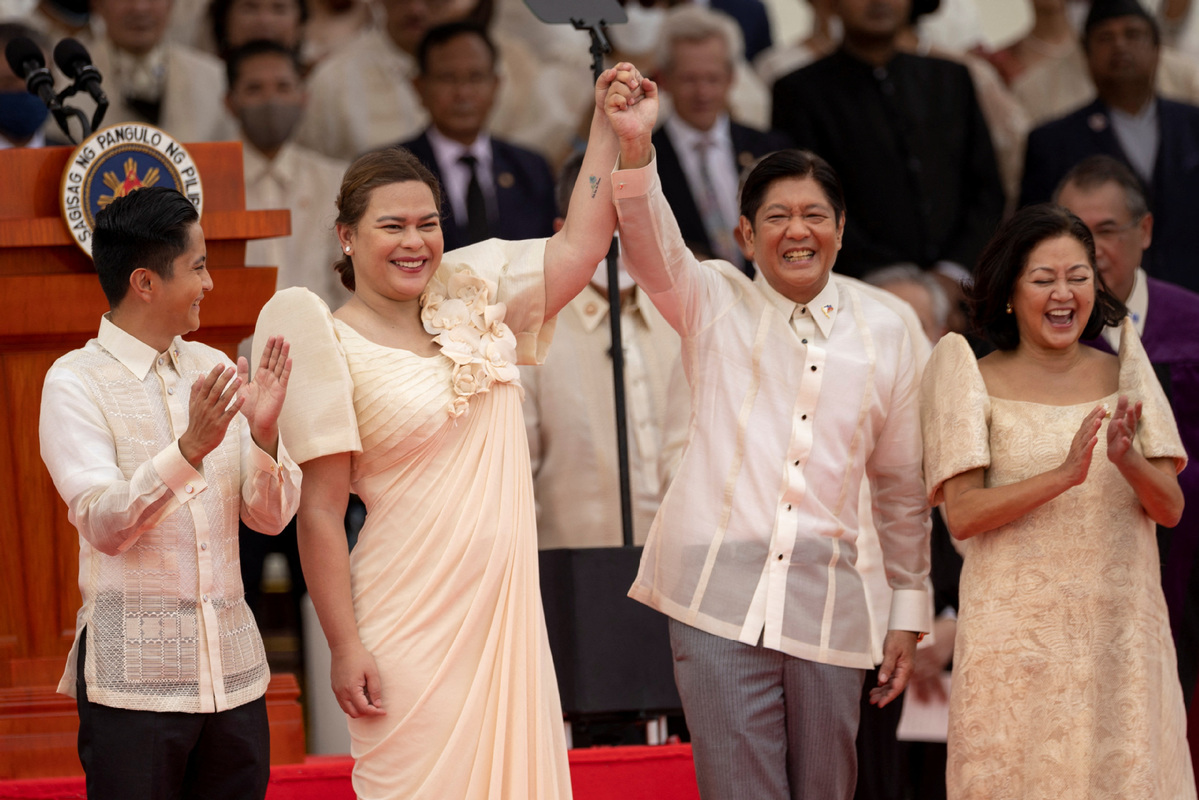 Philippine President Ferdinand Romualdez Marcos (center right) and Vice-President Sara Duterte, daughter of former Philippine President Rodrigo Duterte, greet each other during the inauguration ceremony at the National Museum on Thursday in Manila, the Philippines. Marcos was sworn in as the country's 17th president. [Photo: Agencies]

Xi made the point in a letter sent to Marcos on Thursday congratulating him on his inauguration as president.

The letter is the third official interaction between Xi and Marcos since May.

Xi first sent a congratulatory message to Marcos on his election victory on May 11. A week later, they had a phone conversation and reached important consensus on the two countries' upholding great neighborly friendship and joining hands for common development.

In his letter on Thursday, Xi said he is willing to work with Marcos to handle the bilateral ties at a strategic height and with a long-term perspective, write new chapters for China-Philippines friendly cooperation in the new era, and benefit the two countries and their people.

Vice-President Wang Qishan led a delegation to the Philippines as special representative of President Xi and attended the inauguration ceremony on Thursday in Manila.

In a meeting with Marcos after the ceremony, Wang relayed Xi's letter to Marcos and conveyed Xi's greetings and good wishes.

Marcos and his family have a deep bond with China and have made great contributions to the bilateral friendship, Wang said. 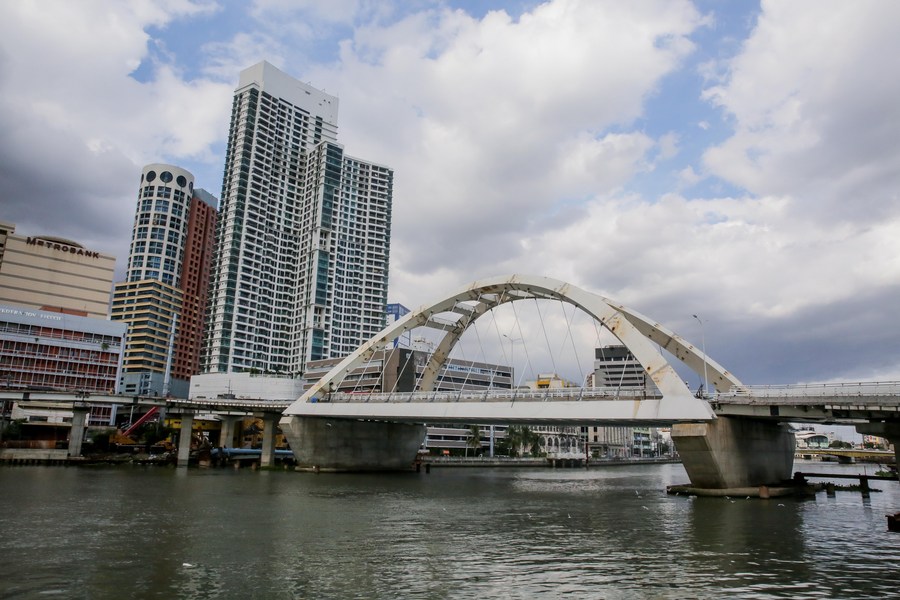 The China-funded Binondo-Intramuros Bridge is under construction in Manila, the Philippines on March 3, 2022. [Photo: Xinhua]

China has always prioritized the Philippines in its neighborhood diplomacy and looks forward to working with the new Philippine government to pass down friendship, bolster mutual trust, carry forward cooperation and push bilateral ties to a new "golden era", Wang said.

Wang highlighted the need to further uphold the role of the two heads of state in navigating the ties, boosting synergy of the two countries' development strategies, properly handling disputes and building international justice.

Marcos pleasantly recalled traveling with his mother to China in 1974 and said the new Philippine government attaches great importance to relations with China.

Manila is ready to deepen engagement in co-building the Belt and Road, join hands with China to tackle regional challenges, and bring bilateral ties to a higher level, he added.

On Wednesday, Wang had meetings with then outgoing Philippine President Rodrigo Duterte and Vice-President-elect Sara Duterte-Carpio.

Wang told Duterte that, thanks to the leadership of the two countries' heads of state, bilateral ties achieved a turnaround and were improved and upgraded over the past six years.

Duterte said he cherishes his friendship with Xi and is willing to contribute more to friendly collaboration.