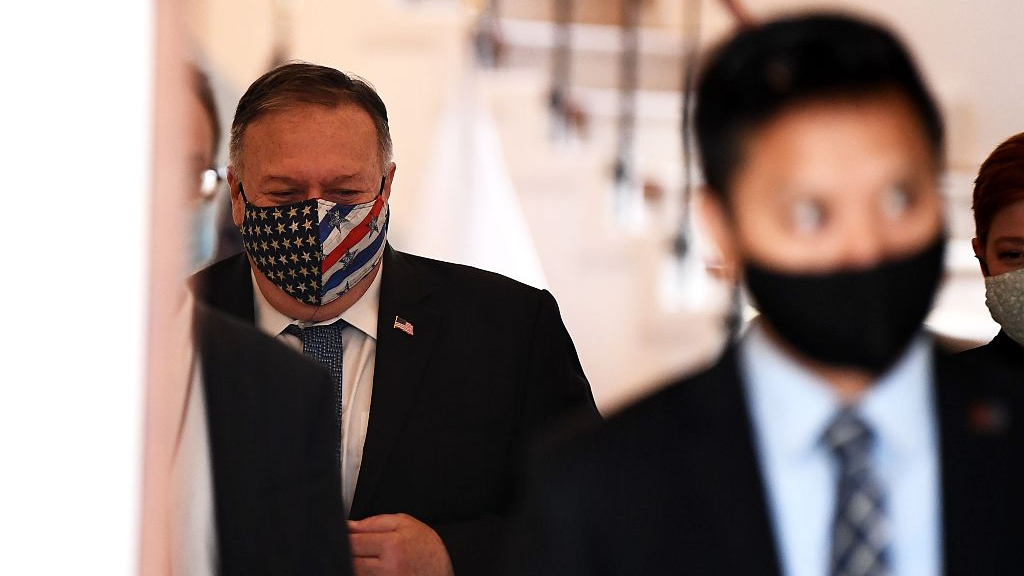 A spokesperson for China's Embassy in Japan on Wednesday slammed U.S. Secretary of State Mike Pompeo's accusations against China over issues related to the East and South China Seas, cybersecurity and China-India regional conflicts, urging the U.S. side to abandon its Cold War mentality.

Pompeo made the remarks during an interview on Tuesday on the sidelines of a "Quad" meeting in Tokyo with the foreign ministers of Japan, India and Australia.

The U.S. official's moves run counter to the current trend of peaceful development and win-win cooperation, as well as the general trend of the world, the spokesperson said, adding that his attempts have failed.

China has always advocated that any multilateral cooperation should uphold the spirit of openness, inclusiveness and transparency, the spokesperson reiterated, warning against attempts to form a "closed, exclusive circle."

"We hope that relevant countries will do more to enhance mutual understanding and trust among countries in the region and promote regional peace, stability and development," the spokesperson said.

The controversial "Quad" grouping that comprises the United States, Japan, India and Australia seeks to present a united front on regional security issues.

China once again urges the U.S. to abandon the Cold War mentality and ideological prejudice, stop unprovoked accusations and attacks on China, said the spokesperson.

Relations between China and the U.S. are experiencing the "most serious challenges" since the establishment of their diplomatic ties in 1979, Chinese State Councilor and Foreign Minister Wang Yi warned in July.

Pompeo's visit to Tokyo also featured a meeting with the new Japanese Prime Minister Yoshihide Suga, who succeeded Shinzo Abe last month. Trying to maintain a delicate balance, Suga told reporters on Monday that he would seek to "promote a free and open Indo-Pacific" and also "build stable relations with neighboring countries including China and Russia."