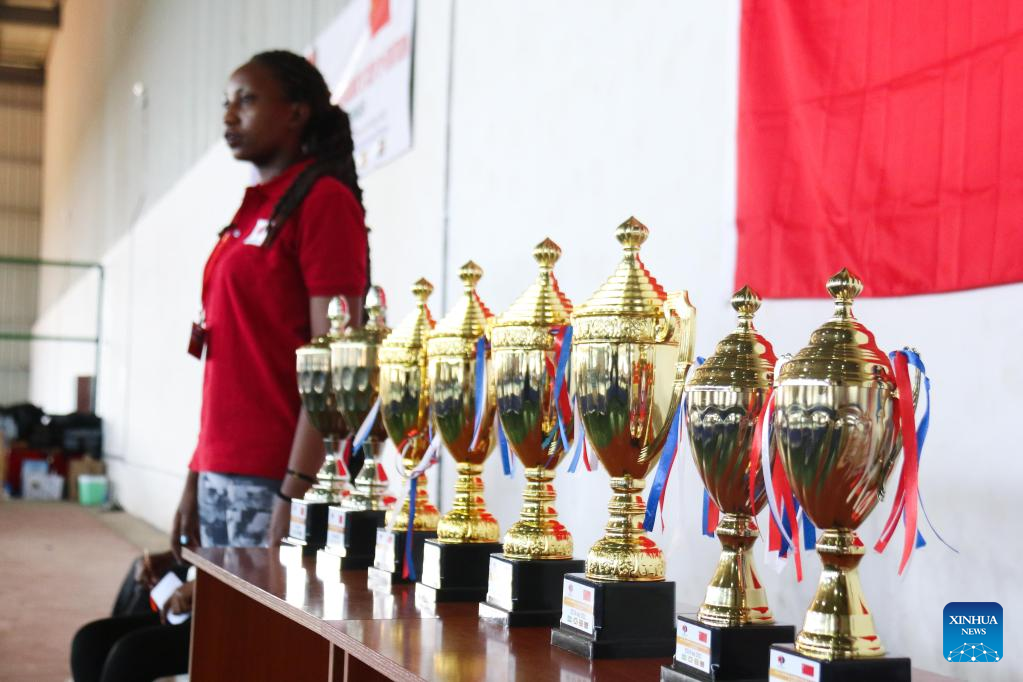 KIGALI, July 25 (Xinhua) -- The Rwanda Table Tennis Federation (RTTF) on Sunday concluded a table tennis competition under the sponsorship of the Chinese Embassy in Rwanda, which provides a platform to promote talent and friendship among participants as well as Rwanda and China.

The competition, named the Chinese Ambassador's Cup, was divided into five categories for both male and female, namely the seniors (aged above 18), juniors (aged under 18), U-12, para (for players with disabilities) and veterans' categories.

Besides Rwandan contestants, the two-day tournament held in the Rwandan capital city Kigali attracted competitors from Uganda, Kenya and Burundi.

The competition was held for the third time in the African country and attracted 127 participants, according to the RTTF vice president Innocent Bahati.

"I am so excited to have participated and won the senior men's category. I thank my coach and my colleagues I train with for their motivation and support," Sam Ankunda Mbabazi, a Ugandan national told Xinhua.

Mbabazi walked away with a trophy and a gold medal as well as monetary prizes.

"I thank the Chinese embassy and the Rwanda Table Tennis Federation for organizing this competition which promotes our talent and boosts the growth of table tennis," said Mbabazi.

Speaking at the event, the Chinese Ambassador to Rwanda Wang Xuekun pledged more support to the RTTF to enable more countries from the region to participate in the annual tournament.

"I'm glad the Chinese Ambassador's Cup has provided a platform for all players to compete, improve and exchange. We will invite more and more neighboring countries to participate in table tennis competitions in the future," said Wang.

He said that table tennis provides a platform to exchange and build friendships among participants.

"Let us work together to improve our cooperation and friendship," said Wang.

He hailed all staff at the RTTF and the Chinese embassy as well as the Chinese community in Rwanda for organizing such a memorable event more professionally.

"I thank the Chinese embassy for supporting the Rwanda Table Tennis Federation over the past five years. We have been doing a lot to develop the game of table tennis in Rwanda since 2017 and the Chinese community has been of great support to us," said John Bosco Birungi, president of the RTTF.

He commended countries and teams that participated in the competition.

"This is the first time we have opened up the Chinese Ambassador's Cup to other countries in the region. Previously it was an internal tournament because we were building the game in Rwanda," said Birungi.

Table tennis contributes more to linking the peoples of China and Rwanda and boosts people-to-people exchanges, he added.

Organized by the RTTF and sponsored by the Chinese Embassy in Rwanda, the competition returns after a two-year pause due to the COVID-19 pandemic that has disrupted sports competitions in Rwanda since March 2020.