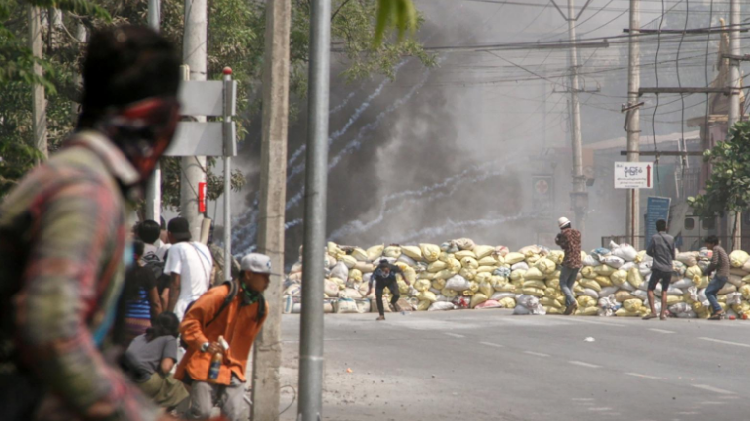 Demonstrators take cover behind a barricade during a protest in Mandalay, Myanmar, March 15, 2021. Photo: CGTN

Beijing has – on multiple occasions – stressed that no external force should interfere in Myanmar's internal problems, while urging dialogue to find a path out of the crisis.

The protests have sometimes turned violent. Last month, 32 Chinese-invested garment companies were brutally smashed, set on fire and robbed. "They don't want it (money). All they have is, 'I don't like you Chinese being here in Myanmar'," Yangon factory owner Mr. Gu told CMG after the attack took place.

The Chinese embassy in Myanmar has asked local police to take strong measures to protect the safety of Chinese businesses and employees.