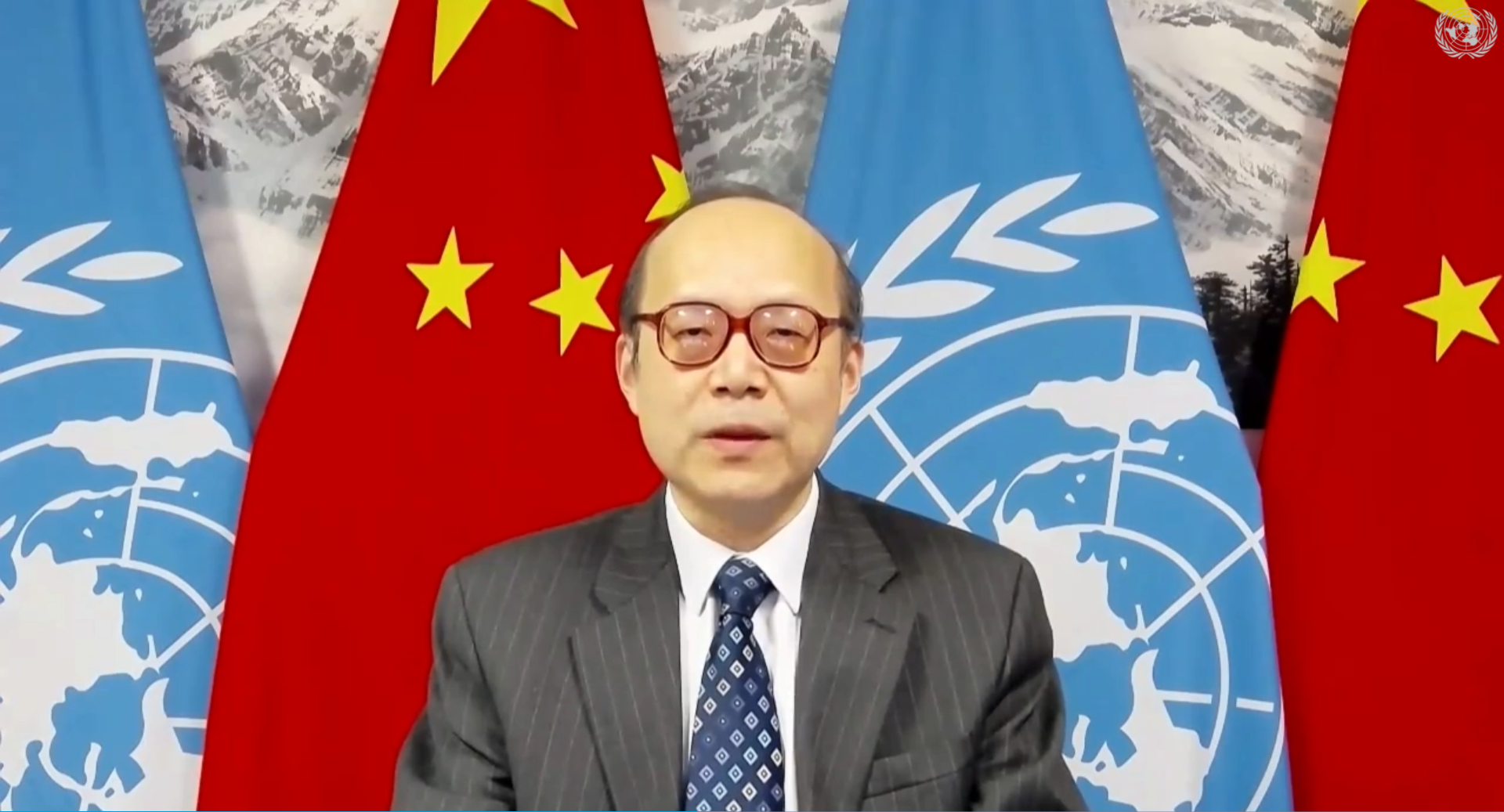 GENEVA, March 18 (Xinhua) -- A senior Chinese diplomat on Thursday highlighted the principle of non-interference in internal affairs of sovereign states, saying that it is a core principle enshrined in the Charter of the United Nations and a basic norm governing international relations.

Chen Xu, China's Permanent Representative to the UN Office at Geneva (UNOG), made the statement while delivering a joint statement on behalf of a group of countries at the ongoing 46th Session of the UN Human Rights Council.

The work of the Human Rights Council shall be guided by the principles of universality, impartiality, objectivity and non-selectivity, constructive international dialogue and cooperation, he said.

"We maintain that all sides should promote and protect human rights through genuine dialogue and cooperation. We oppose politicization of human rights and double standards," the Chinese diplomat noted.

"We reject acts of interference in other countries' internal affairs, undermining their sovereignty and international cooperation under the dishonest pretext of human rights out of political motivations," he added.

Chen also called on States to abide by the purposes and principles of the UN Charter, respect the sovereignty and independence of others and, in the spirit of the Vienna Declaration and Program of Action, jointly promote international cooperation in the field of human rights and abandon politicization of human rights and interference in other countries internal affairs.