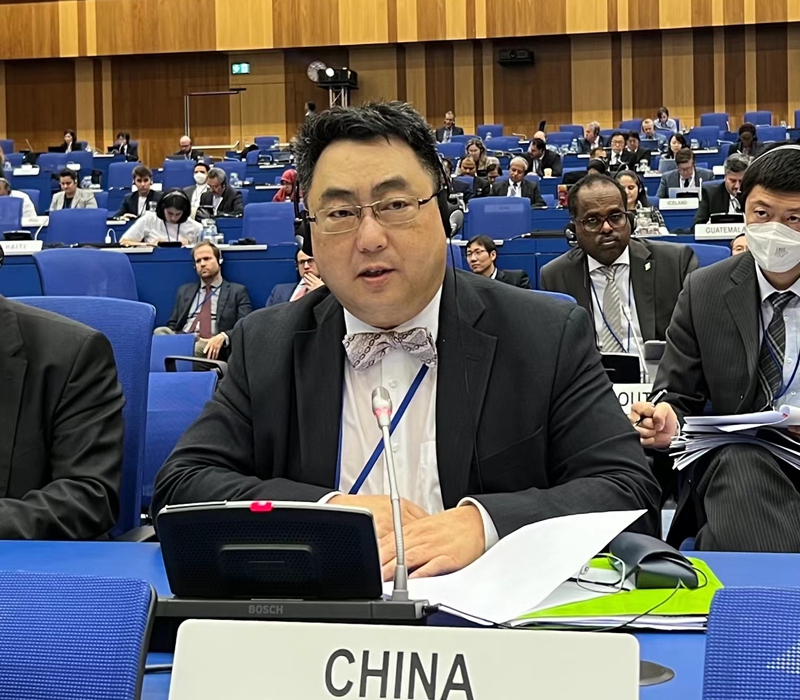 China's Permanent Representative to the UN in Vienna Wang Qun at the IAEA General Conference on Friday. (Photo: Courtesy of Chinese mission to UN in Vienna)

The Chinese mission to the UN in Vienna on Friday fully thwarted an amendment advocated by the three countries which form the AUKUS alliance which aimed at legalizing their nuclear-submarine cooperation at the 66th annual International Atomic Energy Agency (IAEA) General Conference held in Vienna from Monday to Friday, the Global Times learnt from the Chinese mission to the UN.

This is the first time that the IAEA reviewed the cooperation among the US, UK and Australia over nuclear submarine deal at the general conference level, since the Chinese side initiated an intergovernmental review process over the cooperation at the agency's board of governors in November 2021.

The discussions on the nuclear submarine deal of the three countries have been unprecedentedly intense and incisive at the general conference, China's Permanent Representative to the United Nations in Vienna Wang Qun said.

The US, UK and Australia formed the alliance referred to as AUKUS in September 2021, under which the US and the UK will assist Australia in acquiring nuclear-powered submarines.

Wang told media after the general conference that the majority of IAEA member states expressed grave concern over the risk of nuclear proliferation caused by the nuclear submarine cooperation among the three countries.

The three countries, not reconciled to the setback at the IAEA's just-concluded Board of Governors meeting, attempted to overturn the result at the meeting by misleading public opinion, "demonizing" the intergovernmental review process, Wang said, noting that the three nations have pushed through whole paragraphs of amendments in relevant resolutions in an attempt to "legitimize" their nuclear submarine cooperation.

China has always stood on the side of international justice and taken concrete actions to uphold the NPT, Wang said, noting that China succeeded in nullifying the amendments of the three countries. At the same time, it was successfully written into the Agency budget resolution that the use of the Agency budget shall comply with the relevant provisions of the Statute, and the validity and integrity of the provisions are reiterated.

Wang stressed that regardless of the three countries' tricks, they cannot shake the NPT as the foundation of international nonproliferation system status, unable to coerce the Agency to engage in proliferation activities and promote the military purposes, unable to kidnap the secretariat, and unable to block the intergovernmental review process, which was agreed upon by consensus in the governing council of the agency on four occasions.

Attempts by the three countries to impose the "legitimacy" of their nuclear submarine cooperation on all agency members through the text are unpopular and doomed to fail. Only by adhering to the right direction, international rules, the inter-governmental review process led by member states, and seeking common ground while shelving differences, can the question of trilateral nuclear submarine cooperation be resolved, Wang said. 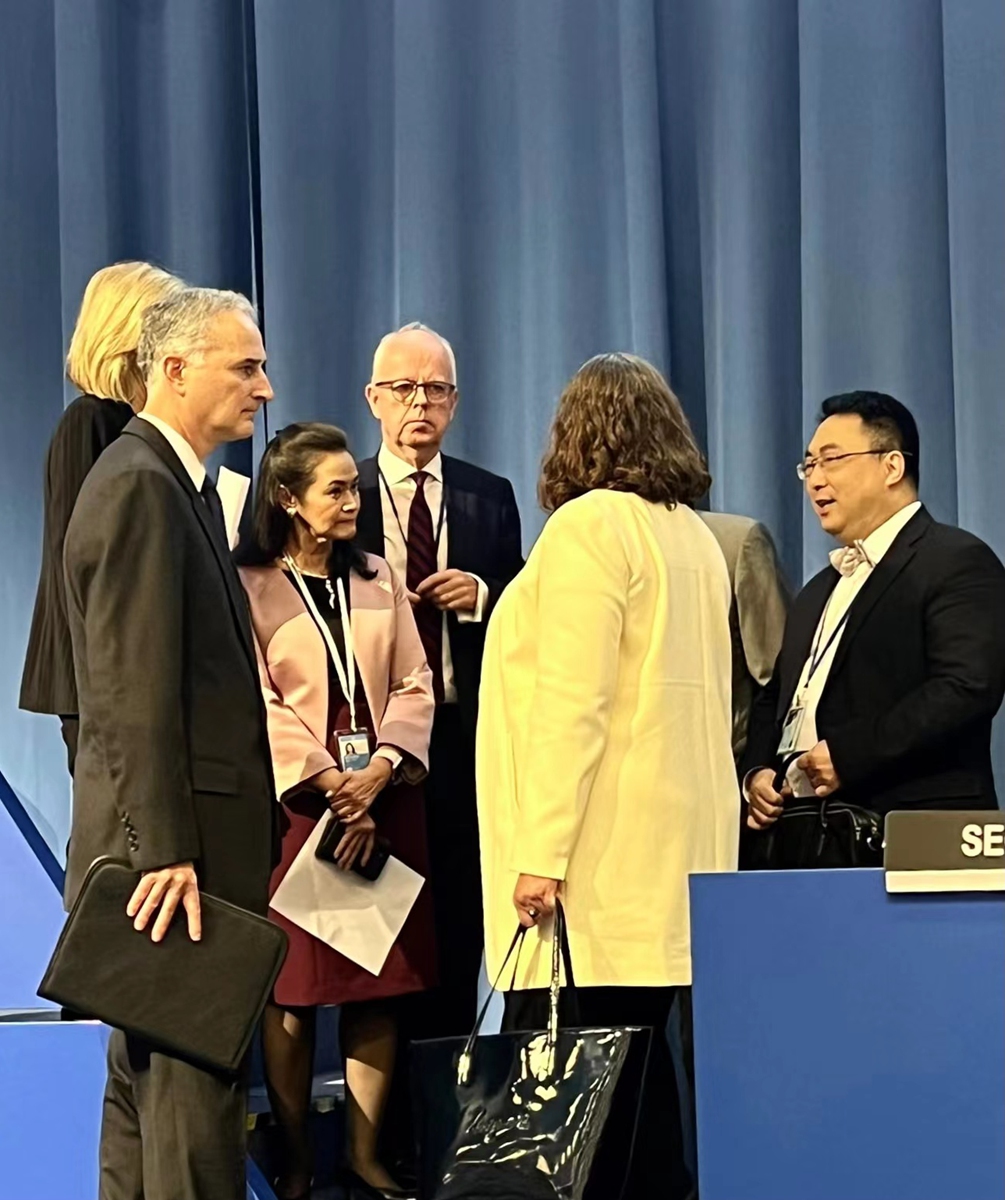 China's Permanent Representative to the UN in Vienna Wang Qun at the IAEA General Conference on Friday. (Photo: Courtesy of Chinese mission to UN in Vienna)

China urges the three countries to return to the track of the non-proliferation system, not to make repeated mistakes on the road of nuclear proliferation and not to go against the will of the international community, Wang said.