WORLD China to assist Afghanistan to build stable society, not to 'fill the void'

China to assist Afghanistan to build stable society, not to 'fill the void' 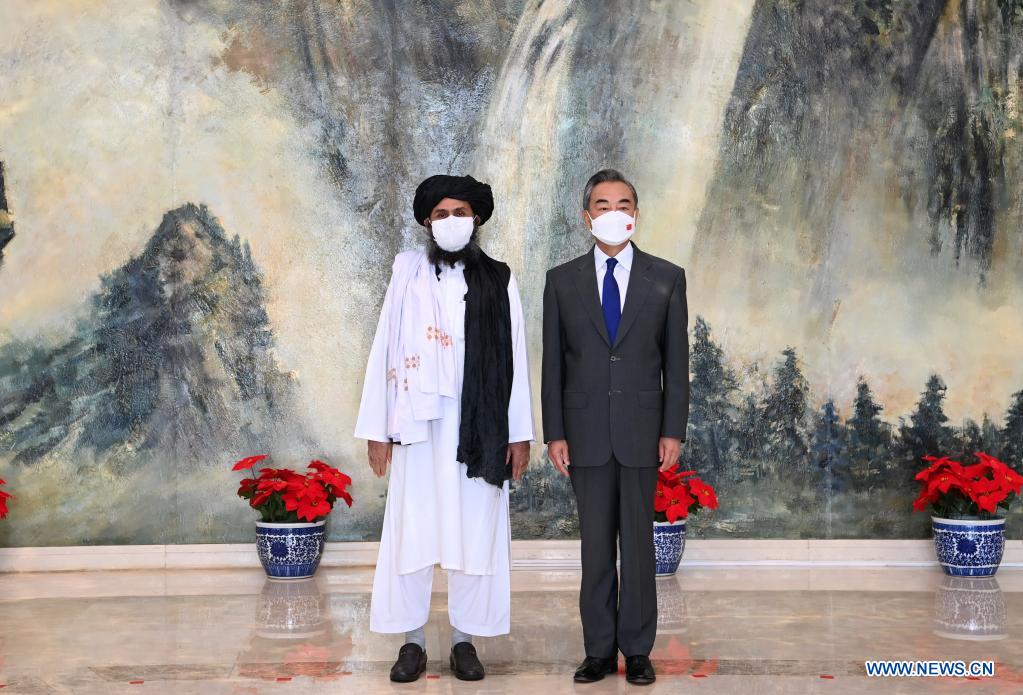 Beijing (People’s Daily) - The Taliban's stunningly swift takeover of Afghanistan has surprised the world with regional security uncertainties. The US withdrawal thoroughly embodied a loser in crisis management, as the US’ ill-planned pandemic response shows its incompetence in non-traditional security issues, and its hasty withdrawal of troops from Afghanistan shows its failure in traditional security issues, said Zhu Weilie, the director of the Middle East Studies Institute of the Shanghai International Studies University, in an exclusive interview with People’s Daily.

Instead of filling the vacuum left by the withdrawal of the US and its NATO allies, China prefers to assist by offering humanitarian relief and post-war reconstruction aid in Afghanistan, as a stable society, with positive reforms and economic development, is what the war-torn country desires the most, said Zhu.

US a destroyer, rather than a builder in Afghanistan

Chinese Foreign Minister Wang Yi has criticized the US withdrawal from Afghanistan as causing a severely adverse impact on the situation in Afghanistan. Wang, in a phone call with Secretary of State Antony Blinken last week, said the US is acting irresponsibly if it continues to create new problems.

The situation in Afghanistan has made headlines in the past few weeks, and chaos and disorder have been the prevailing state of affairs at the Kabul airport since the Taliban officially controlled most of the country. As Biden sticks to his decision on the end-of-month deadline of withdrawal, thousands of Afghans have rushed into the airport, some so desperate to escape the country that they clung to a military jet as it took off and plunged to their deaths.

Fleeing at any cost reflects a profound crisis in the nation-building of Afghanistan, Ding Long, an expert on Middle East politics, told Global Times.

For Afghanistan, the past two decades have been “lost." From an economic perspective, the US military occupation has exacerbated Afghanistan's economic woes, foreshadowing the flow of refugees. Critics blamed the US as a destroyer, rather than a builder, and its troops occupied the country not to rebuild but purely out of hegemonic and geopolitical ambitions.

Ding said the US occupation did nothing to help with infrastructure, agriculture and industry, but increased economic dependence, fostering a deformed economy heavily dependent on external aid and rife with clientelism, nepotism and corruption.

The troop withdrawal of the US and its West allies, which already plunged Afghanistan into chaos, will likely lead to the collapse the Afghan economy with a corresponding cut in aid.

An open and inclusive government needed

The US and the West, who are directly responsible for the mess in Afghanistan, cannot simply walk away and shift the blame to the Afghan people and its neighbors, according to the industry analyst. This will make the country's self-reliance even more elusive, and will also put a heavy burden on regional security and development.

The key to resolving the Afghan issue lies in smooth progress in a political transition and economic recovery, and it is imperative to form a political framework in accordance with Afghanistan’s own national situation and start national reconstruction.

This disaster-stricken country has come to a turning point. After decades of foreign occupation, Afghanistan has returned to the hands of its people. It is of great positive significance that "Afghanistan is governed and led by the Afghan people,” and this is China's position on the situation in Afghanistan. Just as what Wang told Blinken, a regime cannot stand without the support of its people, and using power and military means to solve problems will only cause more problems. 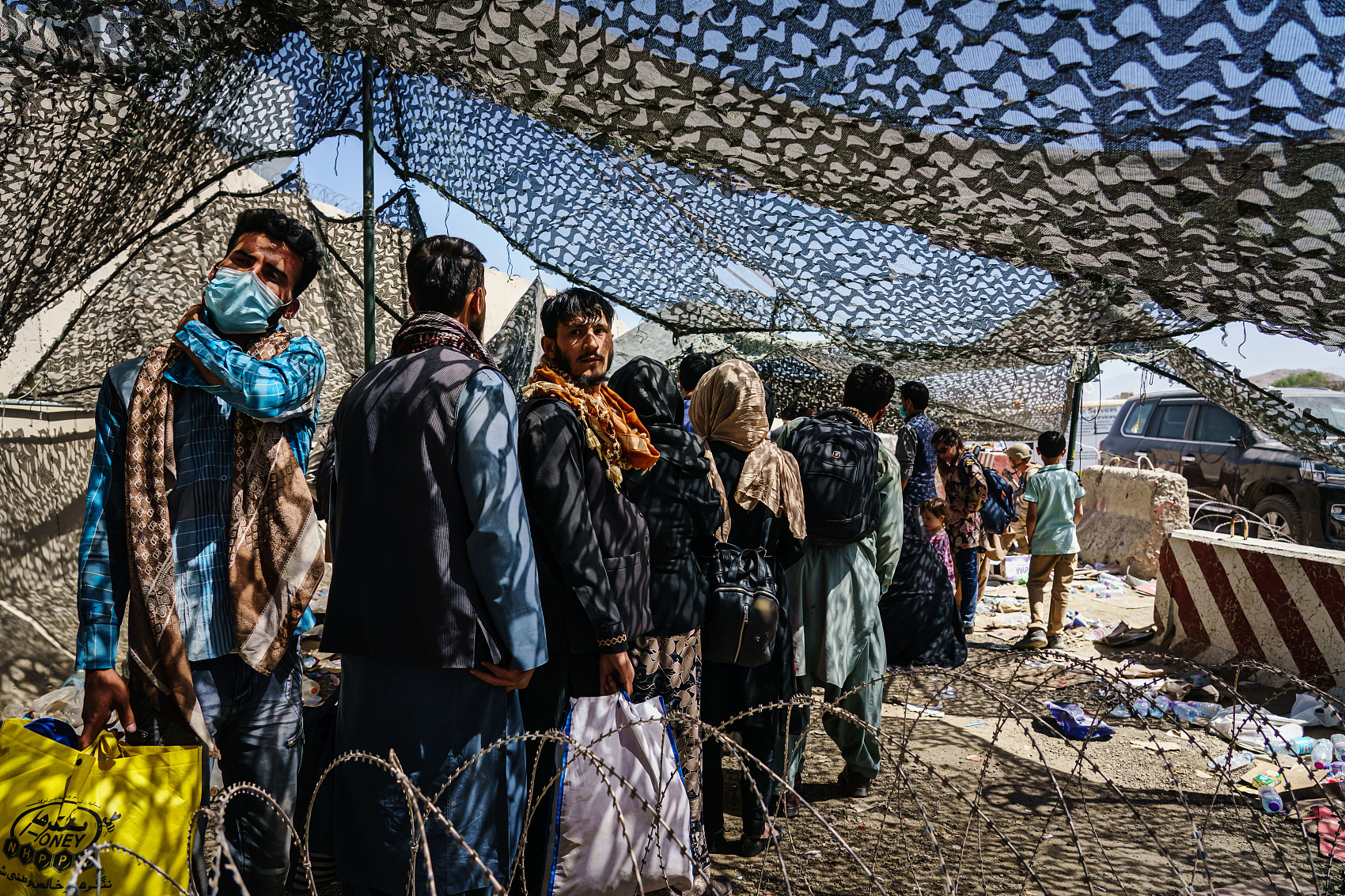 Afghan refugees look back towards the direction they came from, after going through a processing line, and towards an area waiting for a flight out of Kabul, Afghanistan, Wednesday, Aug. 25, 2021. (Photo: VCG)

Some Western media suspected China would fill the void in Afghanistan after US withdrawal. However, Zhu considers this nonsense. He said China will always respect the choice and will of the Afghan people, and as a friendly neighbor, China hopes to see an early realization of peace and stability in Afghanistan.

China will always respect the independence and territorial integrity of Afghanistan, never interfere in the internal affairs of Afghanistan, and always pursue a friendly policy toward all the Afghan people, said Wang while meeting with Mullah Abdul Ghani Baradar, political chief of Afghanistan's Taliban.

On many occasions, the Taliban has expressed the hope of developing sound relations with China, saying they will never allow any force to use the Afghan territory to endanger China.

In an exclusive interview with CGTN, Taliban spokesperson Suhail Shaheen said China is a big country with a huge economy. He said he hopes China can play a very big role in the rebuilding, rehabilitation, and reconstruction of Afghanistan.

The US was also urged by the Chinese FM to make efforts to avoid a humanitarian disaster and stop Afghanistan from becoming a breeding ground and shelter for terrorism once again.

At the same time, it is equally important for the international community to provide assistance in a timely manner.

The international community should encourage and work for the positive development of the Afghan situation, support peace and reconstruction in Afghanistan, and help the nation improve people's livelihood and enhance its ability to achieve self-development, said the spokesperson of the Chinese Foreign Ministry.

It was also noted that sanctions are not the proper solution to trouble, as the US and the West might have learned the lesson that wantonly slapping sanctions and exerting pressure solves no problem and will only be counterproductive.