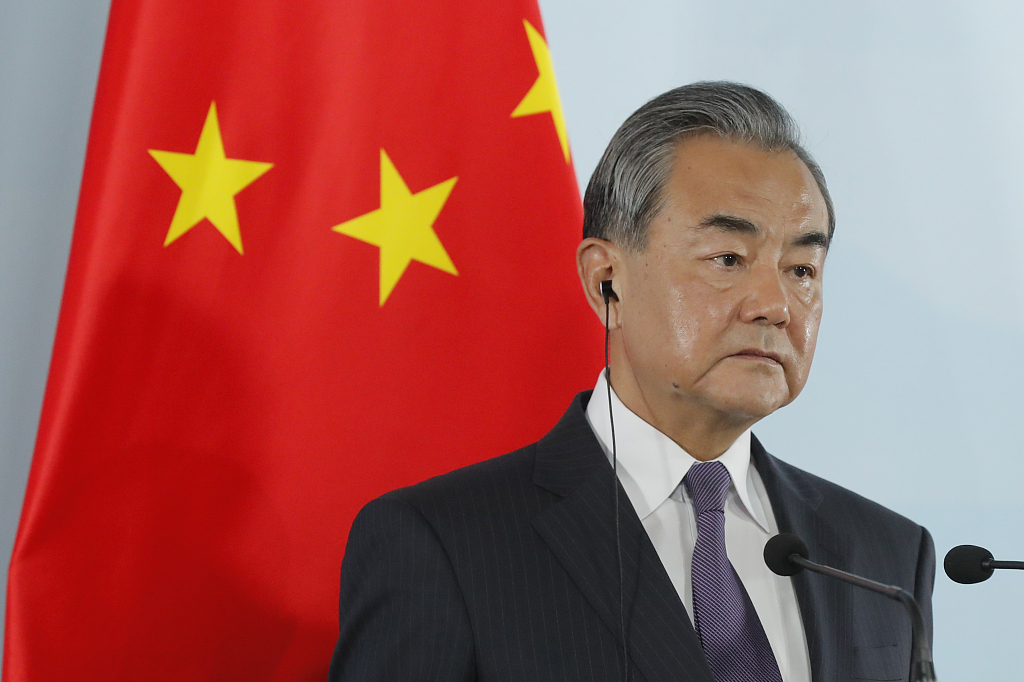 In a phone talk with Spanish Minister of Foreign Affairs Arancha Gonzalez Laya, Wang said Chinese President Xi Jinping has sent a message of sympathy to Spanish King Felipe VI and held a phone conversation with Spanish Prime Minister Pedro Sanchez, conveying his firm support to the Spanish government and people in their fight against COVID-19.

For a period of time, China has been actively providing anti-epidemic supplies to Spain and shared with it without reservation diagnosis and treatment scheme for COVID-19 as well as experience in COVID-19 prevention and control, Wang said.

He added that the Chinese side is glad to see that the epidemic situation in Spain has continued to improve, and expressed his belief that Spain will keep the epidemic under its full control at an early date.

Wang said China hopes that Spain will continue to ensure the health and safety of Chinese nationals in the country.

He pointed out that China's provision of support and assistance to countries including Spain demonstrated the international humanitarian spirit and the concept of a community with a shared future for mankind, with no extra political conditions or geopolitical private interests.

Noting that some politicians from a certain country have been politicizing the pandemic and labeling the virus to attack and stigmatize China in a bid to shift responsibilities for their botched handling of the pandemic, Wang said that such actions will neither help with the prevention and control efforts in their own country, nor contribute to the global efforts to fight the pandemic.

Wang expressed his belief that Spain can uphold an objective and fair stance to promote international anti-epidemic cooperation, especially the leading and coordinating role of the World Health Organization (WHO) in this global fight against the virus.

Noting that this year marks the 45th anniversary of diplomatic relations between China and the European Union (EU), Wang voiced his hope for Spain, an important EU country, to push for the deepening of mutual trust between China and Europe in the anti-epidemic fight, expand their cooperation, and open up a new prospect for China-EU relations.

Gonzalez, for her part, said that the Spanish king, prime minister and herself have repeatedly and publicly thanked the Chinese government and people for their support and assistance to Spain's fight against COVID-19.

With consistent confidence in the quality of the Chinese products, Spain has purchased a large amount of anti-epidemic supplies in China, Gonzalez said, adding that her country is willing to stay in solidarity with China, and strengthen cooperation in their joint combat against COVID-19 to secure an early victory.

She said that Spain supports the WHO in continuing to play its due role in the global anti-virus fight, expressing the hope that the EU and China will accelerate negotiations on bilateral investment agreement, deepen trade and economic cooperation, and constantly strengthen their relations in the joint fight against COVID-19.