The Chinese government launched an emergency response mechanism on Aug 5 to offer humanitarian assistance to Lebanon after huge explosions rocked the Port of Beirut, capital of Lebanon, the day before, causing heavy casualties and property losses, said Tian Lin, spokesperson for the China International Development Cooperation Agency (CIDCA), on Aug 6. 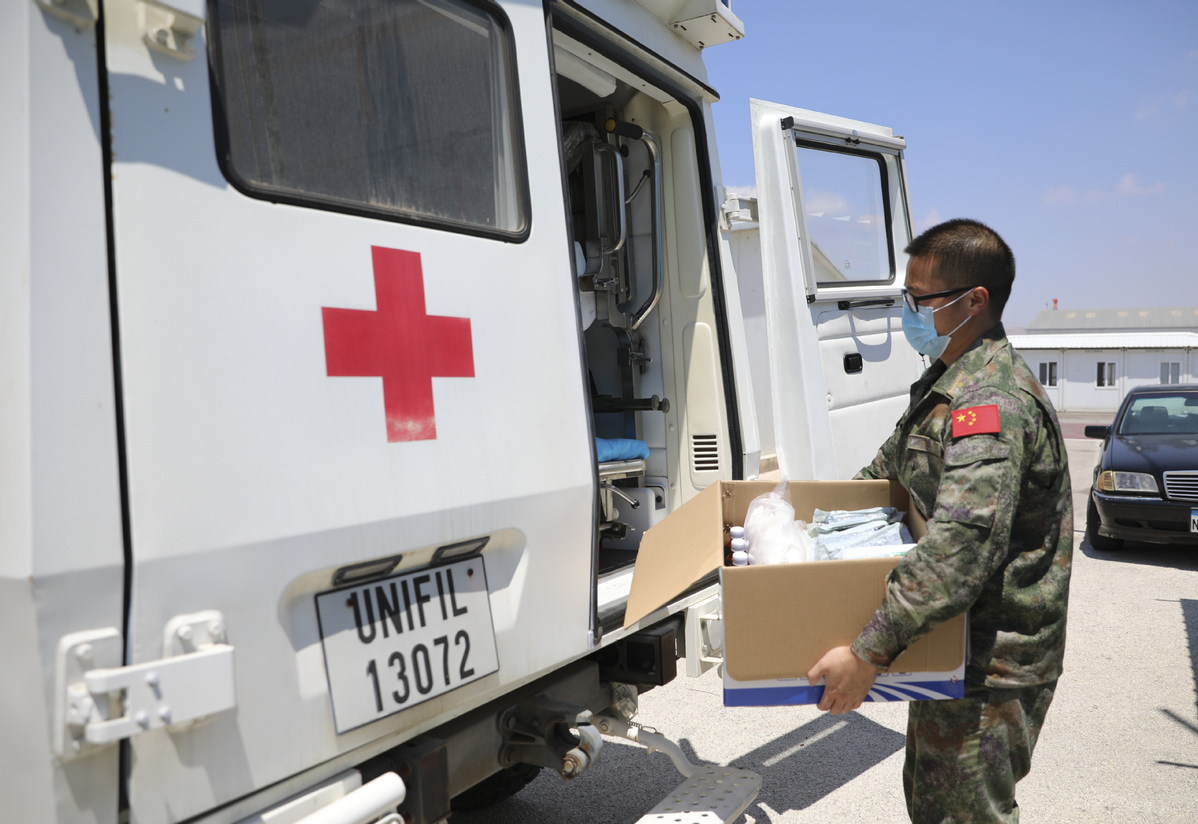 A health worker carries medical supply at the camp site of the Chinese peacekeeping troops to Lebanon in southern Lebanon, Aug 5, 2020. [Photo/Xinhua]

The Chinese government will offer emergency humanitarian assistance as soon as possible to the Lebanese government according to the urgent need of the Lebanese side and help the country rescue and treat the injured and resettle the displaced, added Tian.