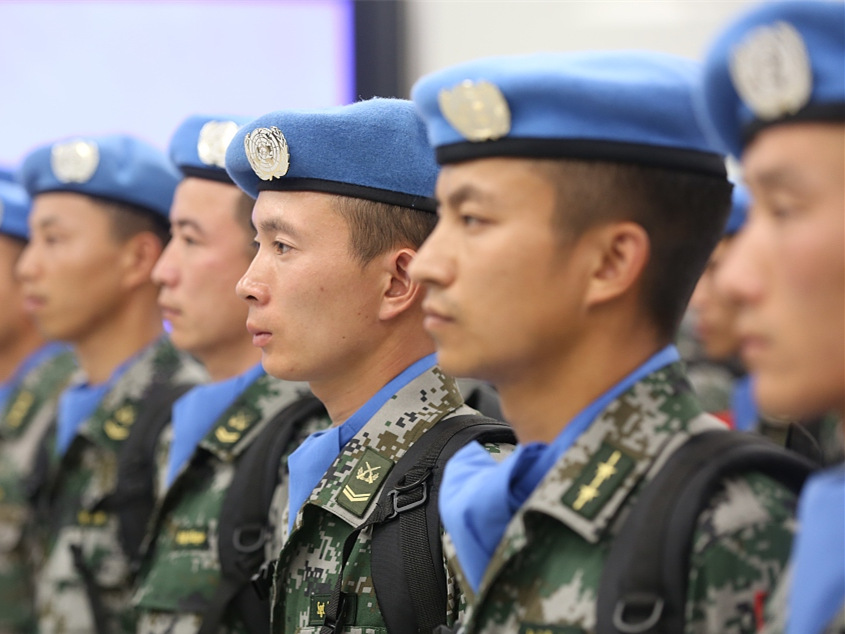 On the evening of September 21, 2017, 72 Chinese peacekeepers left Zhengzhou city for South Sudan to carry out peacekeeping missions. (Photo: VCG)

ZHENGZHOU, Sept. 5 (Xinhua) -- China will dispatch a battalion of 268 peacekeepers to South Sudan for a one-year mission.

Officially formed on Wednesday, the battalion will depart from Zhengzhou, Henan Province, in two groups on Sept. 11 and Sept. 23, respectively.

The peacekeepers will be tasked with repairing roads, bridges, and airports, building facilities for water, power and heating supplies, and providing engineering support in mission areas.

To fulfill the mission in South Sudan, the troops have not only conducted training exercises under combat conditions, but also studied international law, diplomatic protocol, the mission area situation, and basic English expressions.