No matter how the regional and international landscapes may evolve, and what challenges and risks may arise, China will continue to work with Pakistan to cement their ironclad friendship, Chinese State Councilor and Foreign Minister Wang Yi said in a signed article published on a Pakistani newspaper Tuesday. 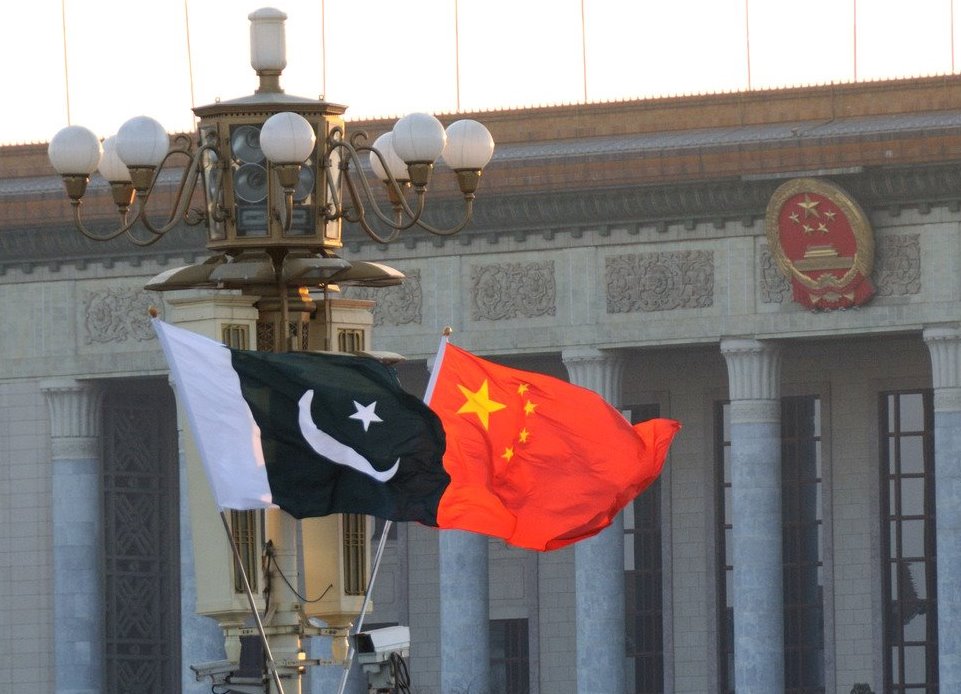 The national flags of China and Pakistan (Photo: China Daily)

This year marks the 70th anniversary of the establishment of diplomatic relations between China and Pakistan. Wang said that in a world of drastic changes unseen in a century, deepening China-Pakistan strategic cooperation is the natural option, and China will continue to work with Pakistan to build an even closer community with a shared future in the new era, according to the article titled "An Ironclad Friendship Growing Stronger in the New Era."

In the article published on The Express Tribune, Wang said that "the two countries have stood together, rain or shine, and built an exceptional, ironclad friendship" in the seven decades since the diplomatic relations were established in 1951, which has become a strategic asset, most dearly cherished by both sides.

Wang noted that the China-Pakistan friendship has a time-honored history, enjoys a solid foundation and has deep roots among the two peoples. "In times of hardship, one always extends a helping hand to the other as early as possible. Such mutual support and assistance have no strings attached, and are pure acts of goodwill and friendship," he said.

Wang said the high-level exchanges between the two countries are frequent while the practical cooperation is fruitful. Under the China-Pakistan Economic Corridor, "70 early-harvest projects have been identified, among which 46 have been launched or completed. A total of $25.4 billion has been invested, creating 70,000 jobs for Pakistan," he said.

Wang said the people-to-people exchanges between the two countries are booming, the cooperation on multilateral occasions is close and the friendship has withstood the test of the sudden onslaught of COVID-19, and has emerged even stronger.

"During this year, China and Pakistan will inaugurate grand and warm celebrations to honor the 70th anniversary of diplomatic relations, including high-level visits, business exchanges and cultural activities," Wang added.

On Tuesday, a virtual ceremony was simultaneously held in China and Pakistan to formally commence the celebrations of the 70th anniversary of diplomatic relations.

"Both countries will be organizing a series of events throughout the year to commemorate this historic milestone in a befitting manner," the Foreign Ministry of Pakistan said on Monday.