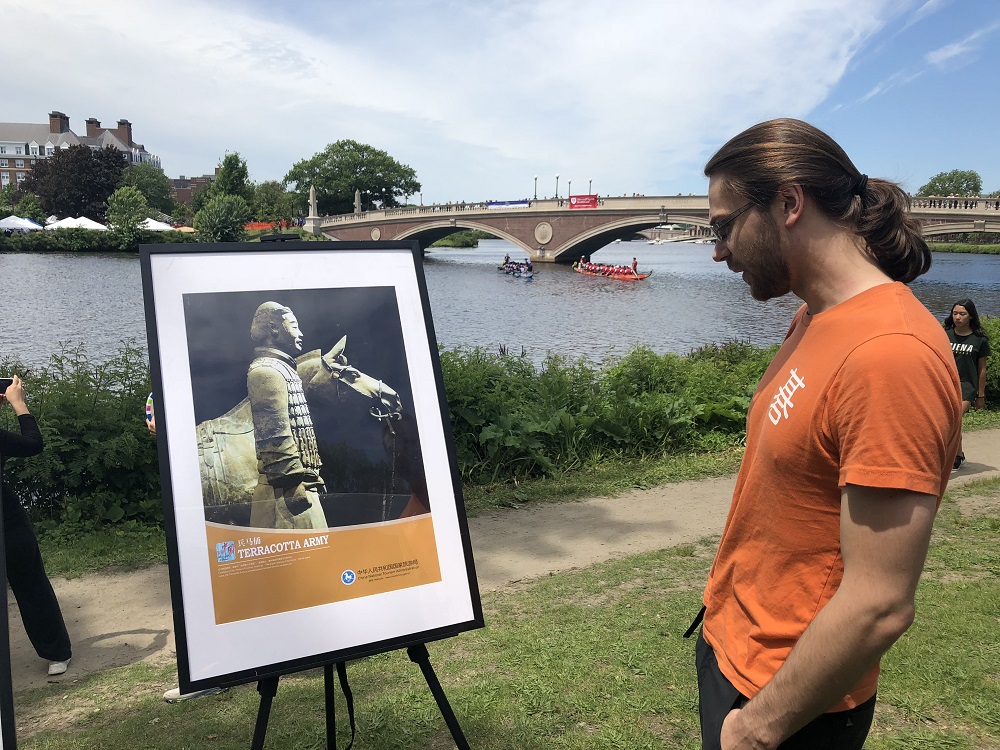 (Photos provided by the Chinese Tourism Office in New York)

New York (People’s Daily) - As one of the 39th Boston Dragon Boat Festival support projects, China Travel held its exhibit for the first time at Harvard University on Sunday in Cambridge, Massachusetts.

The photo exhibit was hosted by the Chinese Tourism Office in New York and displayed more than 30 representative photos of Chinese tourism. The exhibit included some of the core scenic spots and tourism resources of China.

It's no wonder Maggie, 3, had her parents' hands and lingered in front of pictures of Chinese tourism. “Her greatest hope is that she can travel to China. She hopes that by the time she will be fluent in Chinese, she can be our little translator,” said Maggie’s mother.

Kevin, who came to Cambridge with his friends from Newport, Rhode Island, visited China in 1987 and lived in Shanghai for 13 years. He said: "For 18 years, I have never been to China since then. Today I took my friends to Boston and Cambridge. I just wanted to let my buddies feel some authentic Chinese culture."

The reporter randomly asked 20 US citizens who browsed Chinese travel pictures. Although only two people had visited China, the rest said that they had to go back and do some in-depth studies and plans. "At least I'm going to China to taste the most authentic dumplings!" The McKenny couple who lived in Cambridge stayed for a long time before taking pictures of the "rising steam" dumplings.

James, from Nashville, Tennessee stayed in Boston after finishing college at Boston. He proudly told reporters that going to China last year was a well-planned one. “I decided to propose to my girlfriend early last year. Later, when my girlfriend proposed to go to China in the summer, I thought that if I could propose to her on the Great Wall.” James did so, and his girlfriend excitedly agreed. “Looking at the photos of the Great Wall today, the scene of proposal for marriage emerged last year. I think this is the charm of travel and the power of pictures." 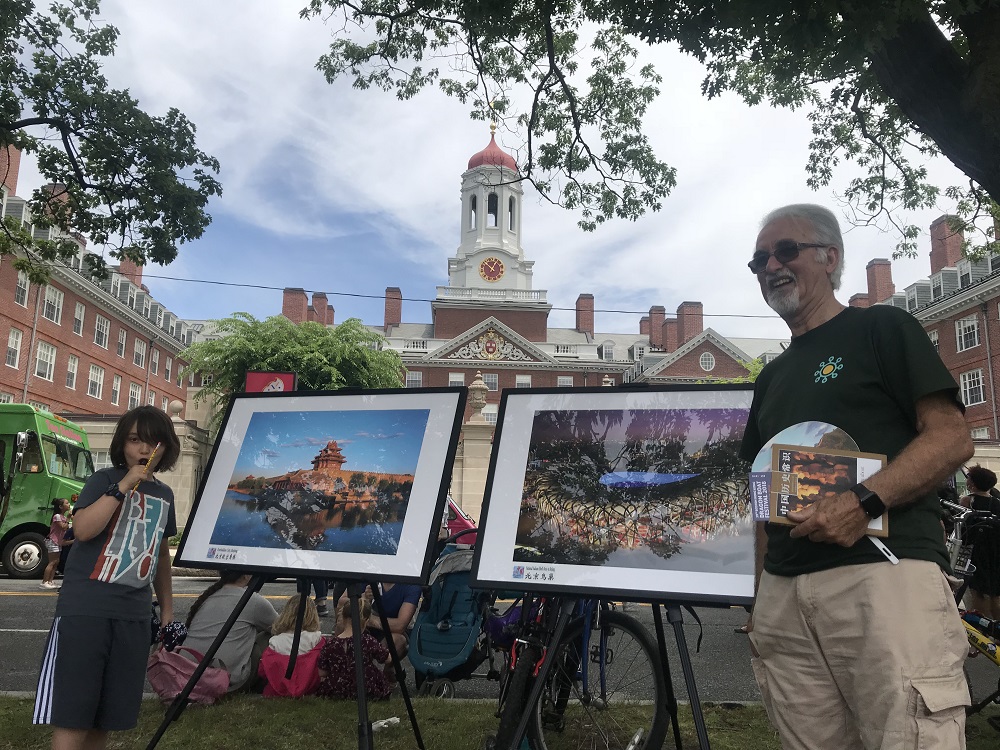 It is understood that as the prelude to the series of “China Tourism into the American University” campaign, after the successful completion of the Harvard University Station exhibit, this summer, the Chinese Tourism Office in New York will also organize a series of promotional activities at American universities to promote Chinese tourism to young American groups.

“Today we come to Boston and brought Chinese tourism pictures to Harvard to introduce China’s rich tourism resources to outstanding young people from the world’s top universities. I hope they will travel to China and let their friends and relatives know more about Chinese tourism.” said Lin Kuang, director of the Chinese Tourism Office in New York.

Mr. Kuang also noted that tourism is a kind of life experience. It is a touch on different cultures and a search for different lifestyles. The Chinese tourism style image is like a tentacle, attracting American tourists, and is like a single fire. Americans ignited their enthusiasm to travel to China and even acted. He said: "This summer vacation, we will go to more US universities and introduce more elements and richer content of China to invite more younger Americans to travel to China."