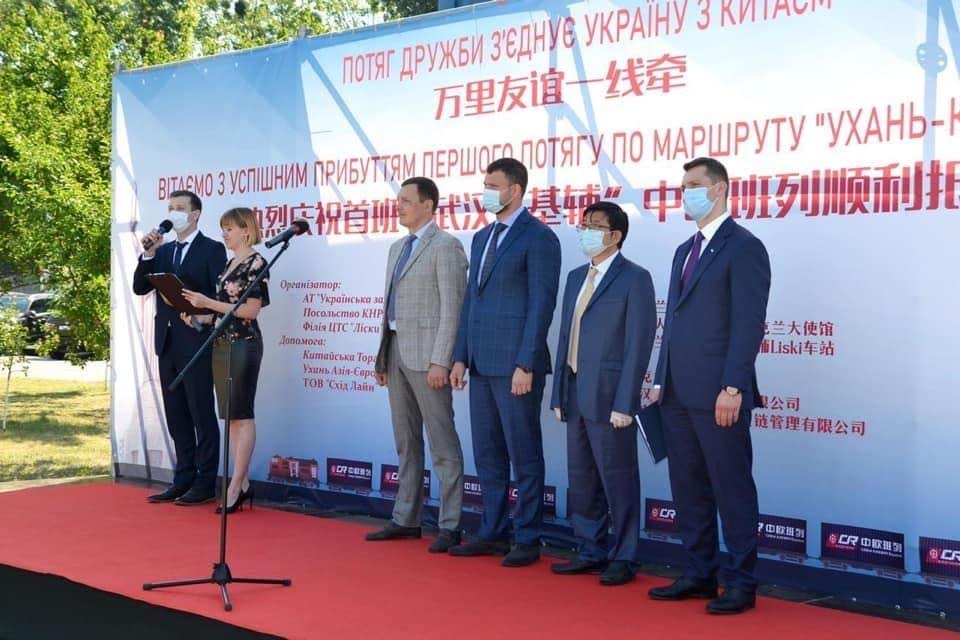 China and Ukraine achieved fruitful results in developing their cooperation last year in such fields as the fight against the COVID-19 pandemic, trade, economy and political contacts, Chinese Ambassador to Ukraine Fan Xianrong has said.

In a recent interview with Xinhua, Fan voiced his hope that the strategic partnership between the two countries established ten years ago will be raised to a new level this year through joint efforts.

"In 2020, facing many pressures and challenges such as the coronavirus pandemic and the slowdown in economic development around the world, China and Ukraine have maintained good contacts and cooperation in the fight against the pandemic and in the development of trade and economic collaboration," the diplomat said.

In the face of the sudden outbreak of the COVID-19 pandemic, "the governments and people of the two countries supported and helped each other, vividly demonstrating the concept of a community with a shared future for mankind," the ambassador said.

As for political exchanges, the diplomat noted that high-level political dialogue between the two sides is gradually strengthening which is vividly demonstrated by the fact that recently Chinese State Councilor and Foreign Minister Wang Yi held a phone conversation with Ukrainian Foreign Minister Dmytro Kuleba for the first time.

"The exchanges between the two countries in the political sphere are becoming closer, and the mutual political trust is constantly growing," Fan said.

According to him, Ukrainian President Volodymyr Zelensky's decision to allow Chinese citizens to enter his country visa-free for tourism purposes has contributed to the further strengthening of political contacts between China and Ukraine.

With regard to trade and economic cooperation, Fan said that according to Ukrainian statistics, in 2020, the bilateral trade volume was up 20.5 percent year on year to about 15.419 billion U.S. dollars, with Ukrainian exports rising by 98 percent.

He added that the launch of the direct container train connecting China and Ukraine gave a strong impetus to the trade expansion between the two countries.

"I am confident that as Chinese-Ukrainian cooperation deepens and develops within the framework of the Belt and Road Initiative (BRI), Ukraine's favorable location as a logistics hub between Europe and Asia will be used more efficiently, trade and economic cooperation between China and Ukraine will become faster and more convenient for the benefit of the people of the two countries," the diplomat said.

He also spoke highly of the results of the fourth meeting of the China-Ukraine Inter-government Cooperation Committee in December 2020 co-chaired via video link by Chinese Vice Premier Liu He and Ukrainian Deputy Prime Minister Olga Stefanishina, where a plan of cooperation on the joint construction of the BRI was signed.

"I believe that this meeting is of great importance for the development of bilateral relations between China and Ukraine," Fan noted.

He said that the two countries have bright prospects for developing their cooperation in such fields as economy and trade, agriculture, aerospace, science and technology, education, culture and medicine.

"Sino-Ukrainian cooperation already has a good foundation. Both sides are determined and ready to develop it in the future. I am confident that we will achieve this," Fan said.