The Chinese Mission to the European Union (EU) urged the EU to stop meddling in Hong Kong affairs and China's internal affairs under any pretext on Wednesday.

The mission responded to remarks made by the European Union External Action Service (EEAS) on Apple Daily's closure. EEAS accused China of using the National Security Law "to stifle freedom of the press and the free expression of opinions". 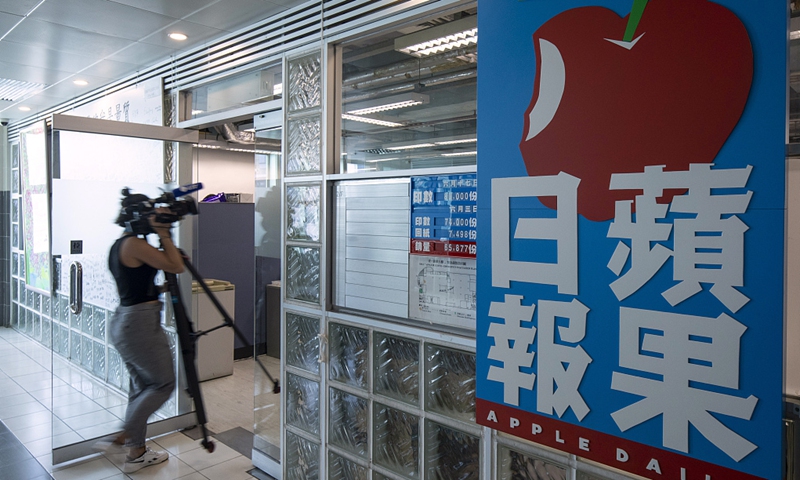 A spokesperson for the mission said the EU obviously interfered in Hong Kong affairs, which are China's internal affairs, and seriously violated international law and basic norms governing international relations.

"We express our strong disapproval of and firm opposition to such an act," the spokesperson said.

The spokesperson said that the Basic Law and the National Security Law for the HKSAR clearly safeguarded the lawful rights and freedoms enjoyed by Hong Kong residents, including freedom of speech and the press.

"The action taken by the Hong Kong police against individuals and companies suspected of endangering national security are just actions to combat crimes in accordance with the law and to effectively maintain the rule of law and social order. It has nothing to do with freedom of the press," said the spokesperson.

The spokesperson urged the EU side to "observe the principle of non-interference in others' internal affairs" and "stop meddling in Hong Kong affairs and China's internal affairs under any pretext."