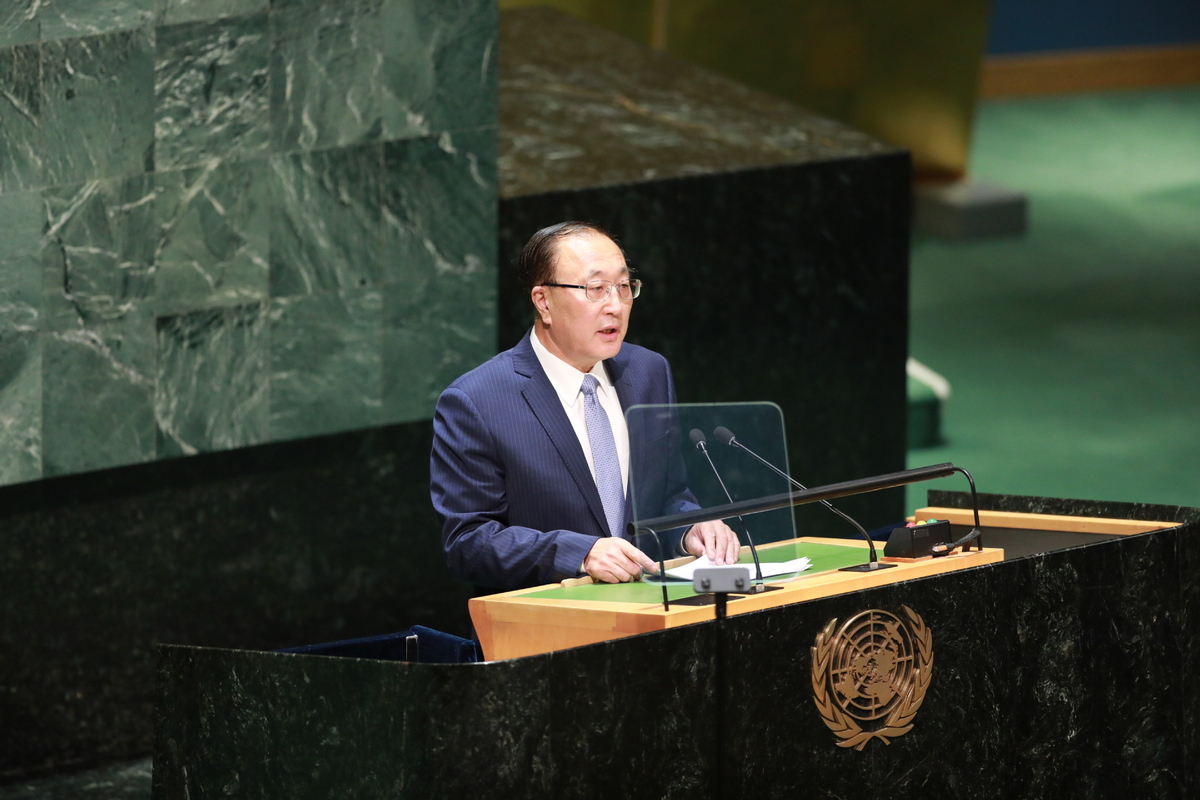 UNITED NATIONS - China on Friday urged all sides to leave space for diplomatic negotiations in efforts to resolve the Ukraine crisis.

"China calls on all parties concerned to exercise restraint, refrain from actions that exacerbate tensions, and leave space for settlement through diplomatic negotiations," Zhang Jun, China's permanent representative to the United Nations, said in his explanation of China's vote on a Security Council draft resolution on Ukraine.

The draft resolution, put forward by Albania and the United States, failed to pass in the Security Council as it was vetoed by Russia. China, India, Brazil and Gabon abstained from the voting.

China's position on the issue of Ukraine is "consistent and clear." The sovereignty and territorial integrity of all countries should be safeguarded, the purposes and principles of the UN Charter should be observed, the legitimate security concerns of all parties should be taken seriously, and all actors conducive to the peaceful resolution of the crisis should be supported, Zhang said.

China believes that "the pressing priority is to make every effort to de-escalate the situation, and guide the parties to restart diplomatic negotiations as soon as possible to open the door to a political settlement with legitimate concerns brought into the negotiations and the viable options on the table, in an effort to achieve an early ceasefire," said the ambassador.

Zhang said that the current crisis in Ukraine is a result of the accumulation and interplay of various problems and tensions over a long period of time. "Facts have shown that political isolation, sanctions and pressurization fuel the tensions, and bloc confrontation will not bring peace. Instead, they will only worsen the situation, and make the issue more complicated and intractable."

"As a responsible country, China has always stood on the side of peace. We will continue to play a constructive role in easing the situation and resolving the crisis," said the ambassador.