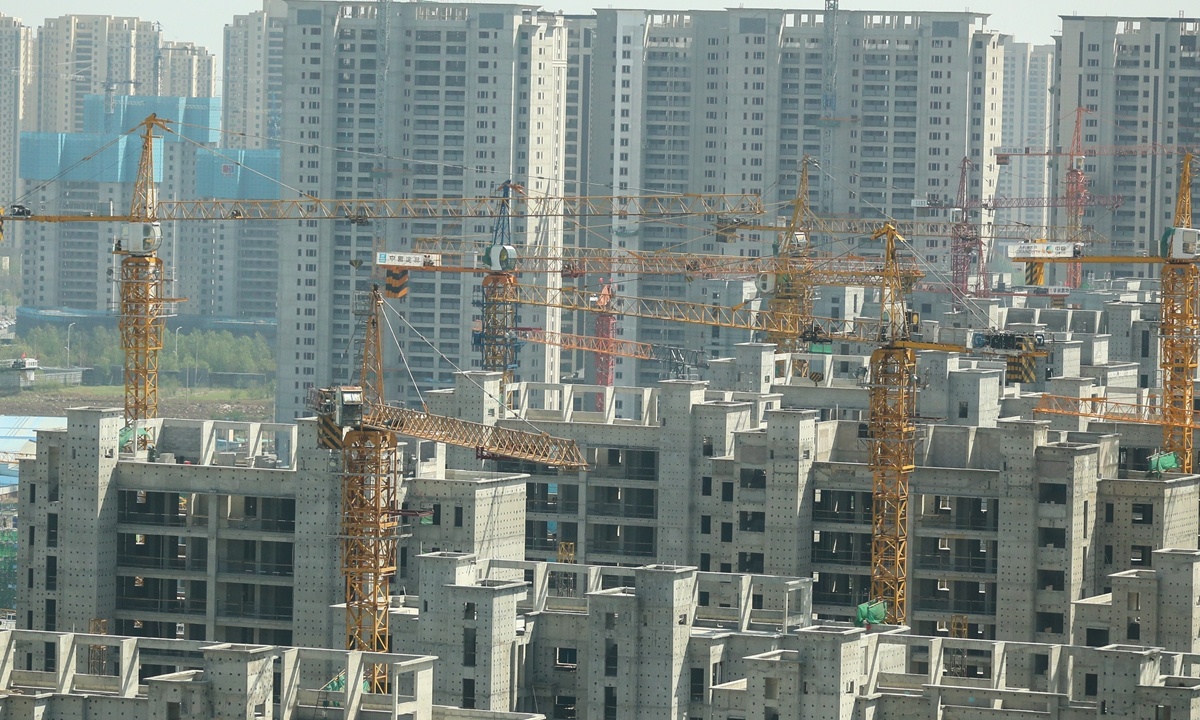 A housing project under construction in Shenyang, Northeast China's Liaoning Province on Monday. The National Bureau of Statistics said that from January to April, national real estate development investment was 4.02 trillion yuan ($624 billion), a year-on-year increase of 21.6 percent. (Photo: cnsphoto)

Two- way investment between China and the US fell to $15.9 billion in 2020 amid pandemic and rising tensions within the China-US relationship, the lowest level for two-way flows since 2009, according to a report issued on Wednesday by Rhodium Group and the National Committee on US-China Relations (NCUSCR).

US FDI in China dropped to $8.7 billion in 2020, down nearly 30 percent from the previous year to the lowest level since 2004, according to the report said.

The drop was exacerbated by the pandemic in the first half of the year but recovered strongly in the second half as China's economy stabilized and COVID-19 related restrictions eased. Compared to previous years, US investors have slowed down in acquisitions with only a handful of medium-sized takeovers in consumer products and financial services, the report said.

The slight pick-up was driven by a handful of large acquisitions, including Tencent's purchase of a share in Universal Music Group and Harbin Pharmaceutical Group's acquisition of GNC Holdings, said the report.