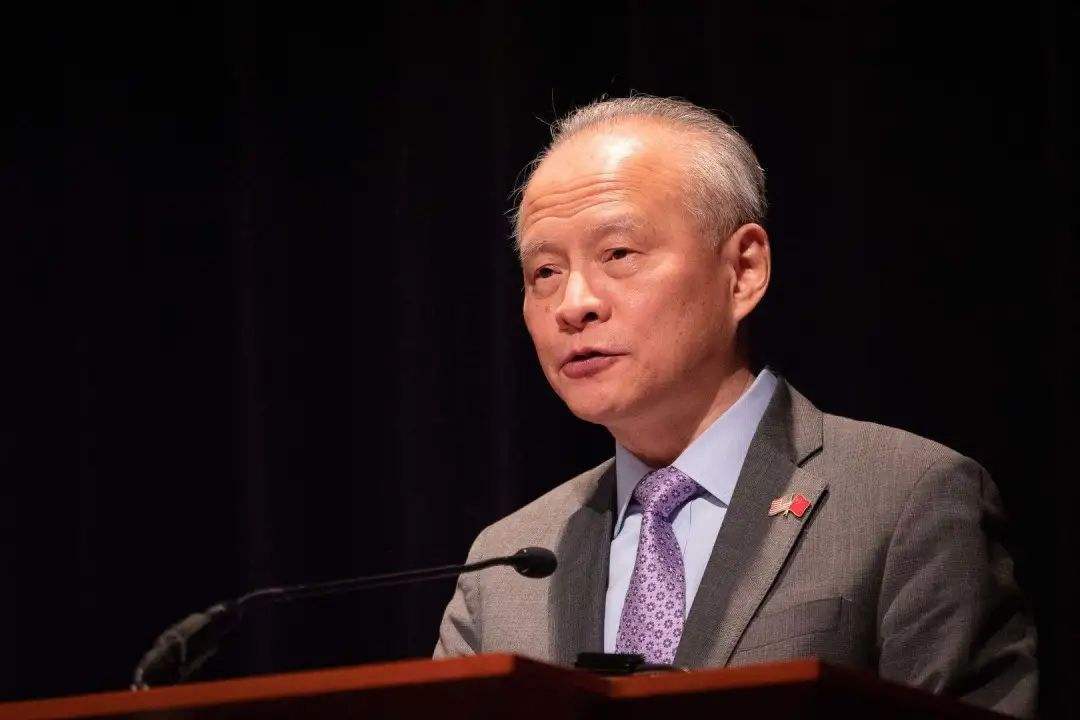 Cui also called for solidarity between China and the US in the battle against the COVID-19. "We are in the same boat. This is a global public health challenge, maybe even more than that. So, we have to work together as partners to combat the virus, to restore normalcy to the economy, to build up people's confidence in the global economy, to build up a capability to respond to any crises like this," he added.

He noted that the two countries have shared interests and are all part of the same community of nations. "We have to build a better future for us all together," he said.

Prior to sending the message, when receiving an interview with Axios and HBO which aired on Sunday, Cui called on all parties to follow the rule set by the World Health Organization (WHO) in referring to the novel coronavirus by its designated name instead of linking it to a specific location, in response to the stigmatization of "Chinese virus" used by some US officials.