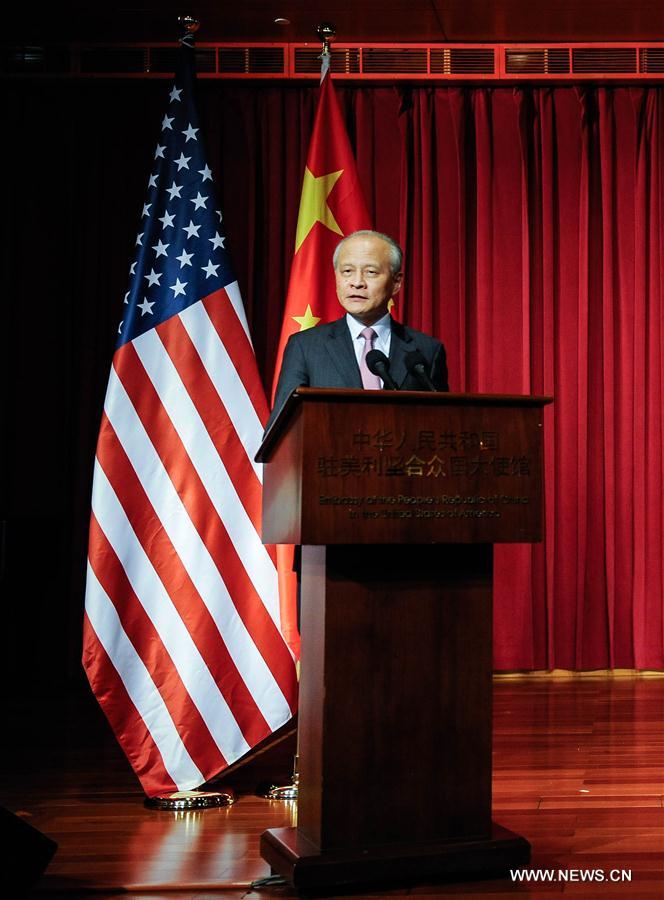 Speaking at a reception to celebrate the 69th anniversary of the founding of the People's Republic of China, Cui noted that it is no surprise there exist differences between China and the United States since the two countries have different cultures and social systems.

"China, bearing in mind the fundamental interest of the two peoples, has always been devoted to maintaining the healthy, stable and sustainable bilateral relationship," the Chinese envoy said.

Cui said that the two sides could explore a new model of relationship between major powers featuring non-confrontation, mutual respect and win-win cooperation and insist on putting the well-being of the two peoples as priority.

It is also undeniable that China's development has provided unprecedented opportunities for the United States and the world at large, the veteran diplomat added.

Over 600 people attended the reception on Thursday evening.