WORLD China-US ties should not be defined by disputes, differences, says ambassador

China-US ties should not be defined by disputes, differences, says ambassador

WASHINGTON, June 18 (Xinhua) -- "We shall not allow disputes and differences to define the current China-U.S. relationship" as the two sides have far more common interests, Chinese Ambassador to the United States Cui Tiankai said here on Tuesday. 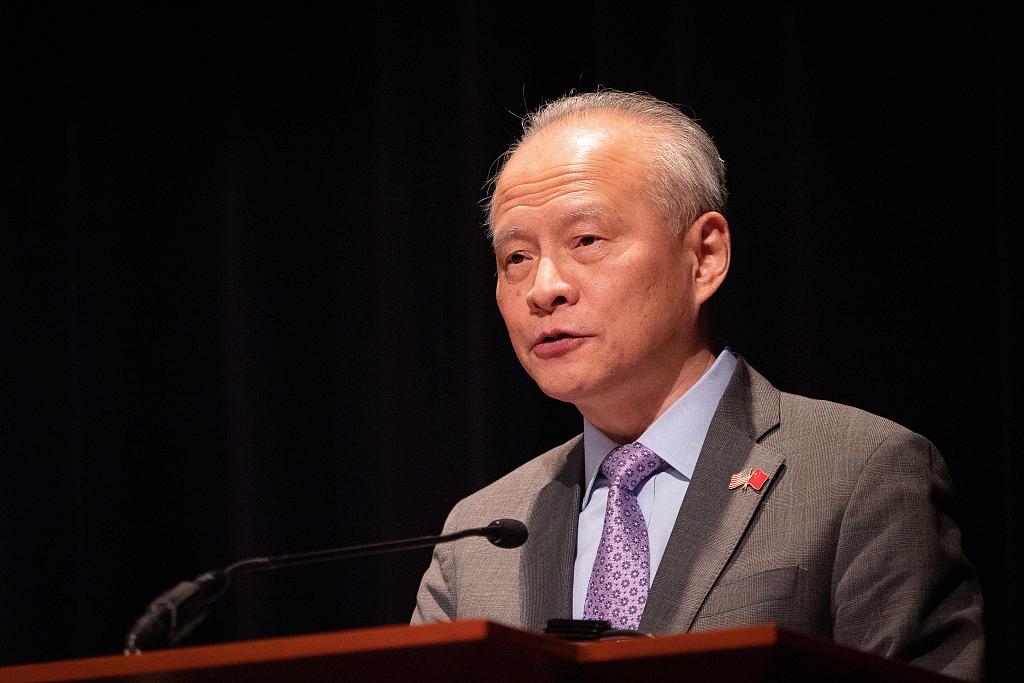 Speaking at an event celebrating the 40th anniversary of the establishment of bilateral ties, Cui noted that some people have asserted that as China pursues a different development path, it will surely "move America's cheese," or have gone further by clamoring for the "decoupling" of the two countries and even a "new Cold War".

"They are willfully oblivious to the fact that the world has become so interconnected that China and the United States are just two members, leading members, in the global village," Cui said.

These ill-founded assertions and stereotypes "not only negate what we have jointly achieved in the past 40 years and threaten our ongoing cooperation," but also jeopardize the future of our relations and undermine global stability and prosperity, the ambassador added.

The veteran diplomat said that for two countries with different social systems, histories, cultures and national conditions, it is natural that they have divergent interests and concerns.

However, "differences do not necessarily lead to confrontation, and mutual respect is a must if differences are to be handled properly," he said.

"It is a must to respect a country's sovereignty, territorial integrity and the social system and development path chosen by its people," said Cui, adding that the Taiwan issue is the most important and sensitive issue in the China-U.S. relationship and the one-China principle serves as its political foundation.

"This is a red line that allows no crossing," the ambassador stressed.

Cui said that China and the United States have far more common interests than differences and their cooperation far outweighs frictions.

"To address such global issues as terrorism, climate change and public health, it is more imperative than ever before that China and the United States join hands and work together," he added.