CARACAS, July 8 (Xinhua) -- China and Venezuela on Monday wrapped up celebrations for the 45th anniversary of bilateral diplomatic ties with a cultural event at Venezuela's Foreign Affairs Ministry. 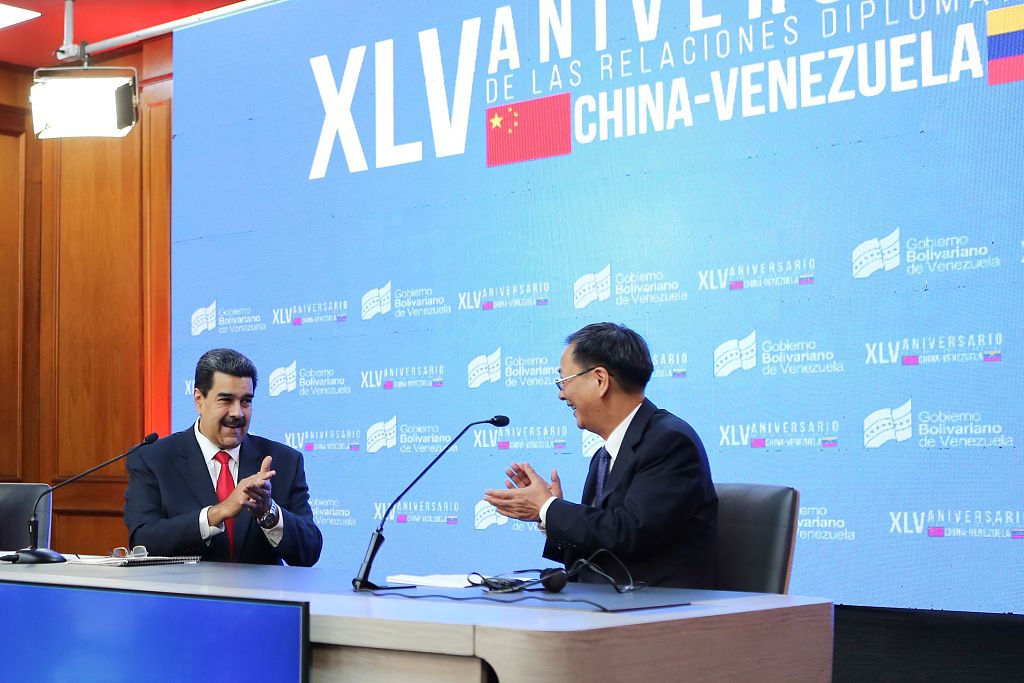 Venezuela's President Nicolas Maduro (L) and China's ambassador to Venezuela Li Baorong attend a meeting to celebrate the 45 anniversary of the relationship between China and Venezuela at Miraflores Presidential Palace in Caracas, on June 28, 2019. (Photo: VCG)

Venezuelan Minister of Culture Ernesto Villegas and Deputy Minister of Foreign Affairs Ruben Dario Molina attended the event along with Chinese Ambassador to Venezuela Li Baorong and other members of China's embassy.

The 45th anniversary marked a milestone that "should serve as a departure point" for greater cooperation, said Villegas.

Li noted that China-Venezuela ties are at a historic peak.

China, "as always committed to peaceful development, is willing to join with Venezuela in defending global equality and justice, (and) promoting solidarity and cooperation between developing countries," said Li.