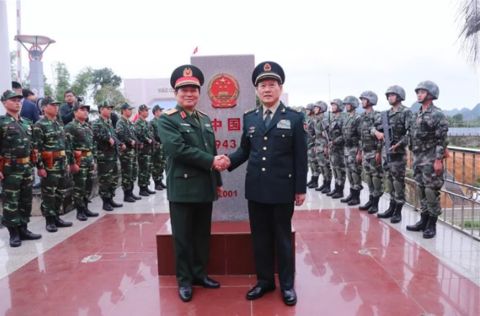 During the meeting held in the Chinese territory, delegations from the two sides observed the joint water and land patrol of their border troops and visited the barracks of a frontier defense company of the Chinese ground forces, a middle-school, and the Ho Chi Minh Pavilion. The two sides also planted a friendship tree together and held various discussions. 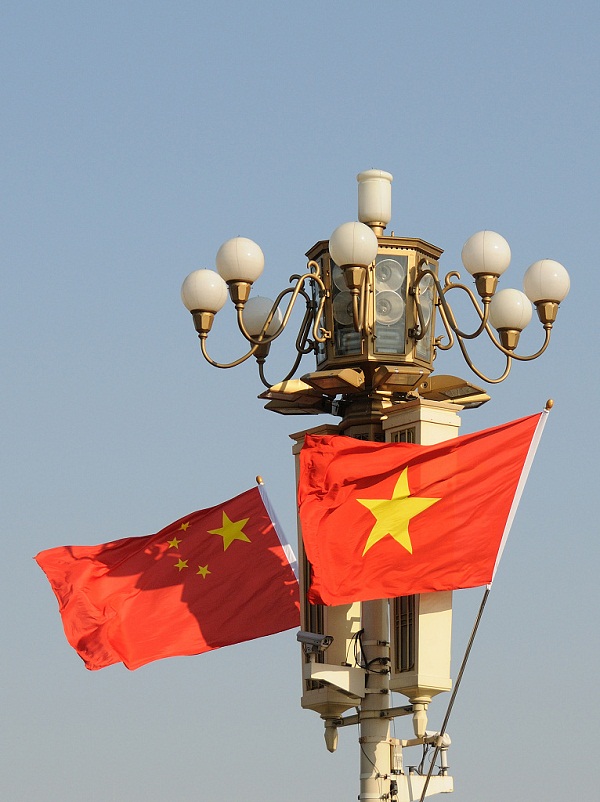 During the meeting held in the Vietnamese territory, the two delegations attended the ceremony marking the 5th anniversary of the establishment of sister counties between Longzhou County of Chongzuo City in south China’s Guangxi Zhuang Autonomous Region and Phục Hòa District of Cao Bằng Province in the northeast region of Vietnam, and the ribbon-cutting ceremony of the establishment of the Chinese-Vietnamese Friendship Culture Center.

The joint disaster relief drill was carried out against the backdrop of floods caused by the typhoon in border areas, which had left houses damaged and people trapped. At the drill site in the vicinity of Phục Hòa District of Cao Bằng Province in the northeast region of Vietnam, military engineers and medical personnel from both sides immediately rushed to the scene after receiving the disaster notification and successfully rescued the trapped people from the ruins of their houses. The two sides' frontier defense troops acted fast, cooperated closely, operated in line with the rules, and successfully completed the scheduled disaster rescue mission.