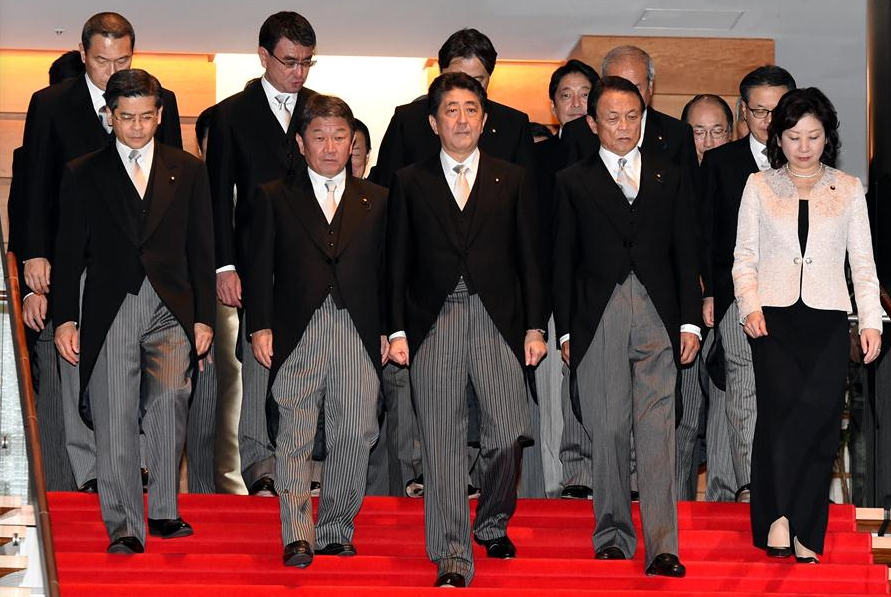 China said it hopes Japan's Shinzo Abe will pursue positive policies towards China during his new tenure following his re-election as prime minister on Wednesday.

Hua said China has always advocated for developing bilateral relations by abiding by the four political documents signed since normalizing ties in 1972 and the four-point principled agreement reached in 2014.

Both countries should work in the spirit of taking history as a mirror while looking into the future, said the spokesperson.

"We hope Japan abides by these documents and consensuses," Hua said.

Abe, who has been Japanese prime minister since December 2012, was re-elected Wednesday after garnering a majority vote in the lower house while his ruling coalition holds a majority in the upper house.