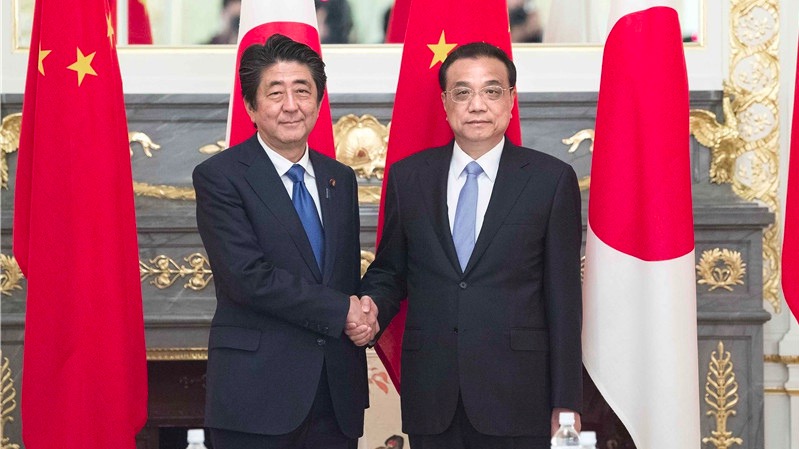 Chinese Premier Li Keqiang said Sunday Beijing is willing to join hands with Tokyo to work for the long-term healthy and stable development of bilateral ties.

Li and Japanese Prime Minister Shinzo Abe exchanged congratulatory messages on Sunday to mark the 40th anniversary of the signing of the China-Japan Treaty of Peace and Friendship.

In his message, Li noted that 40 years ago, the leaders of the two countries made the decision to sign the treaty and affirmed various principles in the China-Japan Joint Statement in the form of law, creating a milestone for bilateral ties.

Over the past 40 years, the relationship between China and Japan has seen remarkable progress, which has brought benefits to the two peoples, and contributed to the prosperity and stability in the region and around the world, Li added.

In May, the Chinese premier paid an official visit to Japan, where he also attended the 7th China-Japan-South Korea leaders' meeting.

Li said his visit and the meeting have helped put China-Japan relations back on the track of normal development.

China is willing to work with Japan to safeguard the political foundation of the bilateral relationship, deepen cooperation of mutual benefit, properly handle differences and promote a long-term sound and stable development of bilateral ties in the spirit of "taking the past as a mirror and looking forward to the future," and following the principles laid out in the four political documents signed between the two sides, he added.

Abe, in his message, said that thanks to joint efforts, the relationship between the two sides has witnessed substantial development in such areas as politics, economy, culture and people-to-people exchanges.

Both Japan and China shoulder important duties for regional and world peace and prosperity, said Abe, adding that the two countries should continue deepening their cooperation, and contribute to the settlement of all sorts of problems facing the international community.

Speaking highly of Li's visit to Japan this May, Abe said is looking forward to visiting China later this year so as to help bring bilateral ties into a new stage of development.