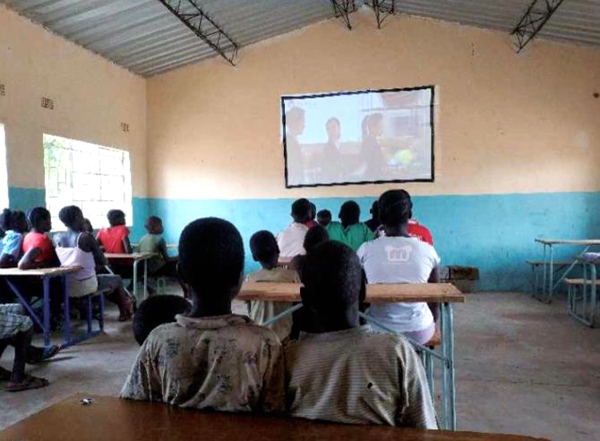 KAMPALA, Aug. 21 (Xinhua) -- China on Saturday launched the second phase of the satellite TV project which will be implemented and provide TV services in over 400 villages in Uganda.

Jiang Jiqing, Economic and Commercial Counsellor at the Chinese embassy here said the project is critical especially for students in rural areas that had difficulty in accessing education information.

"I know a number of schools have been closed because of this pandemic but education and schooling will not stop with the help of these StarTimes TV programs," Jiang said. StarTimes TV, a Chinese-owned pay television service provider, will air education programs among others through satellite television.

"We hope the project will become the bridge of longtime friendship between Chinese and Ugandans," Song said.

Paul Odoi, principal engineer at Uganda's ministry of information and communication technology, said the project is in line with the government's Parish Development Model, which aims to take services closer to the people.

The first phase of the project has benefited over 500 villages and more than 500,000 people in Uganda. The second phase started with the training of engineers who are going to fix the satellite TV in the villages.

The project is one of the fruits of the resolutions of the 2015 summit of the Forum on China-Africa Cooperation held in Johannesburg, South Africa, in which the Chinese government pledged to provide satellite TV in 10,000 African villages.