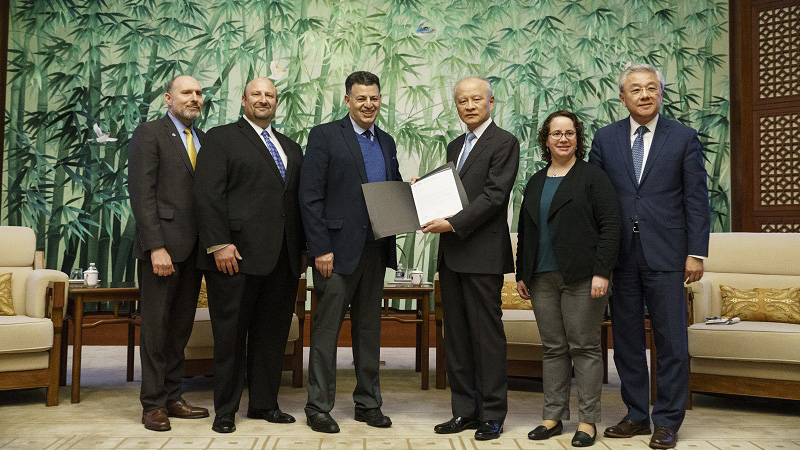 In an article published in USA Today, Cui said that Beijing has responded on an epic scale since the outbreak of the COVID-19 in China.

"From the top leadership to grassroots, from medical professionals to ordinary people, the Chinese people have united and displayed extraordinary fortitude and devotion to fight the disease," Cui said.

As a responsible country, China has also erected a Great Wall of disease prevention for the world, he said, adding that China has been releasing the disease-related information in an open, transparent and responsible manner.

The Chinese diplomat praised medical professionals, who made a great sacrifice, as everyday heroes, and listed their heart-warming acts.

"To save more time for work, women doctors have had their long hair cut and men have shaved their hair off. To save medical supplies, they drink less or even no water so that they will remove the protective suits and use the bathroom less often, as the suits have to be disposed of once taken off," he said.

Cui extended gratitude for people's gesture of solidarity and goodwill from all around the world, expressing China's readiness to "repay the kindness shown to us by offering assistance to the countries and regions where the epidemic is taking a toll, and this is what we can and should do."

He also noted that while the Chinese people are fighting the visible virus from nature, China is also under attack from "political virus" that is disseminated by some politically motivated people.

"To be frank, compared with the coronavirus, these invisible viruses are more poisonous and harmful, as they are attacking the leading force of the epidemic control in an attempt to break down our line of defense," he said.

Cui called on China and the United States, the world's two largest economies, to cooperate to address global challenges and problems, as "the interests of the 1.7 billion Chinese and American people and of the 8 billion world population are at stake."

"Disease knows no borders. This unexpected epidemic reminds us again how vulnerable mankind is and how essential it is to help each other in the face of difficulties," he added.