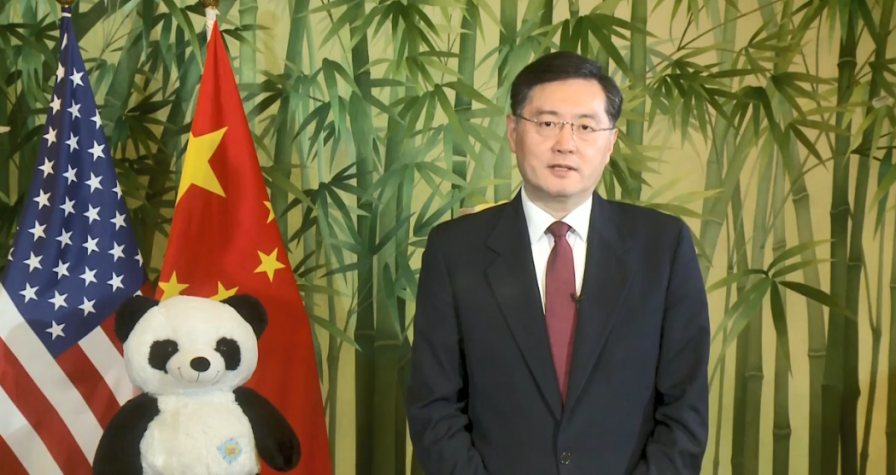 Screenshot of the video from Chinese Ambassadore

WASHINGTON, Aug. 21 (Xinhua) -- Chinese Ambassador to the United States Qin Gang on Saturday expressed his birthday wishes to giant panda Xiao Qi Ji at the Smithsonian's National Zoo and sent him a birthday gift via video.

"Hello Xiao Qi Ji, as you turn one today, let me wish you a very happy and fabulous birthday," said Qin in a video message posted on his Twitter account. 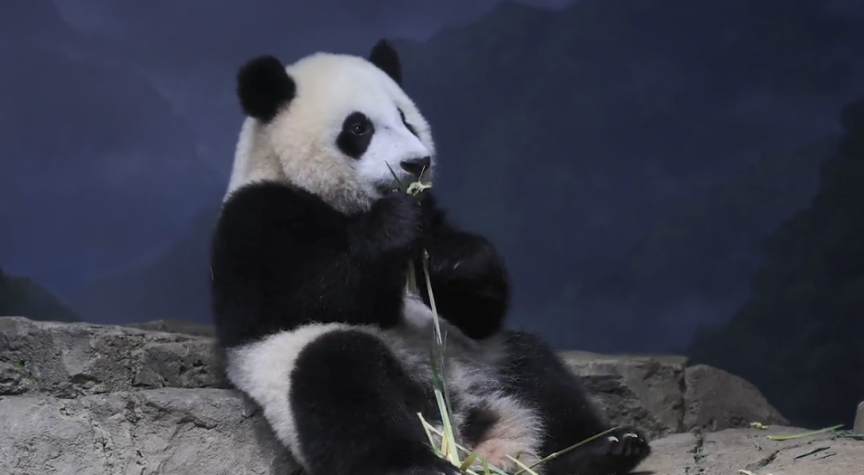 "You came into the world last year during the pandemic. At such a difficult time, your arrival and every bit of your growth have given us joy and hope. For us, you are a miracle," said Qin.

Over the past year, with care and support from both Chinese and Americans, Xiao Qi Ji has grown from a tiny cub to an energetic and curious panda, said the ambassador.

"You also made your public debut not long ago. People have been watching and sharing every step of your life journey and got excited about it. You have truly added a splash of color to the exchanges between Chinese and American peoples," said Qin.

The ambassador also shared a piece of good news: The number of pandas in the wild in China is increasing. Forty years ago, there were only 1,100 pandas in the wild, but now there are 1,800. They are not "endangered" anymore, yet they will continue to be protected, Qin added.