Washington (People’s Daily) – Chinese Ambassador to the United States Qin Gang met with US Secretary of the Treasury Janet Yellen on Thursday, according to the Chinese embassy in Washington, which said they discussed the implementation of the consensus reached recently between the presidents of the two countries and vowed to continue engaging with each other. 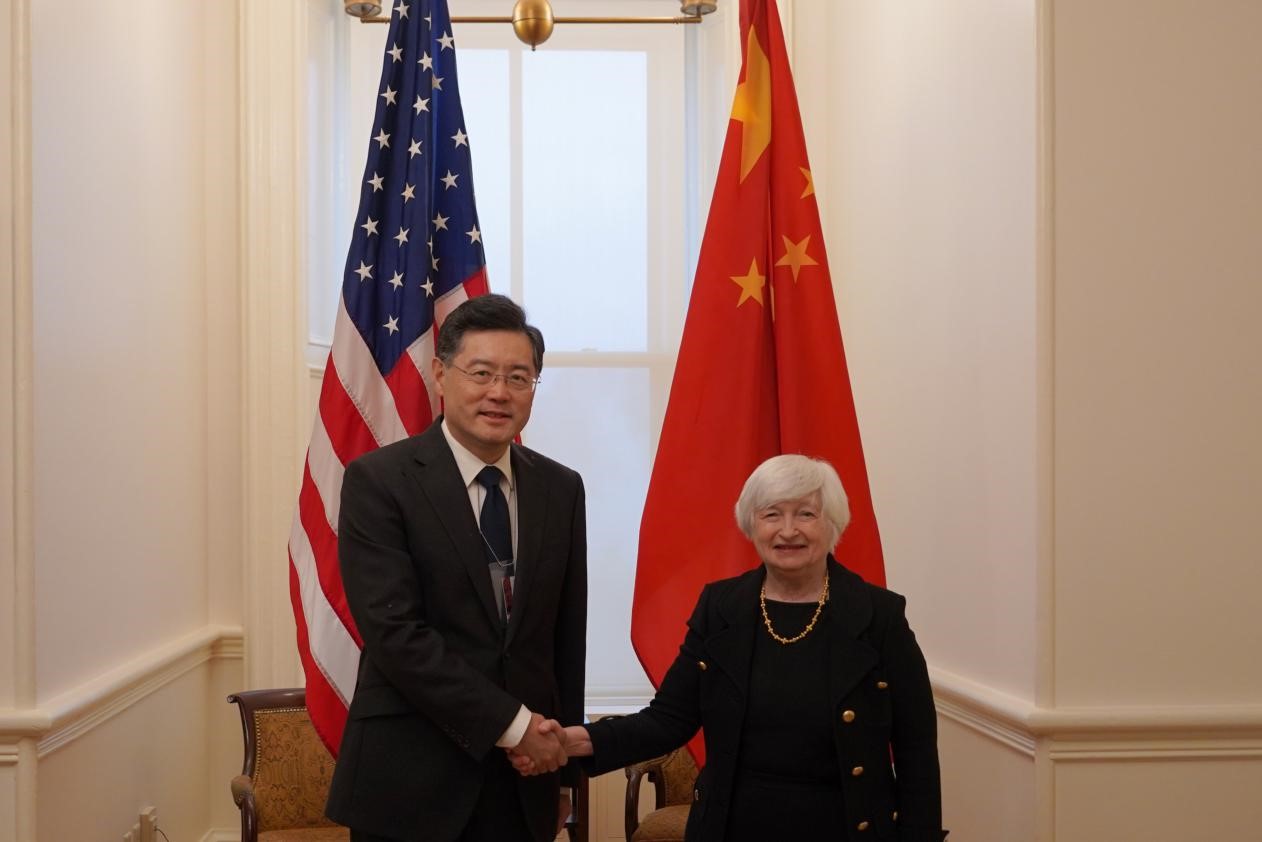 Chinese Ambassador to the United States Qin Gang (L) met with US Secretary of the Treasury Janet Yellen on Thursday. (Photo: Embassy of China in US)

"The two sides conducted in-depth exchanges on the implementation of the important common understandings the two presidents have reached in their Bali meeting as well as bilateral and multilateral economic and financial issues of common concern," the embassy said in a statement.

"The two sides agreed to continue to maintain engagement, strengthen macroeconomic policy coordination and communication on bilateral economic and trade issues, work on joint response to global challenges, and promote the healthy and stable development of China-US relations," the statement read.