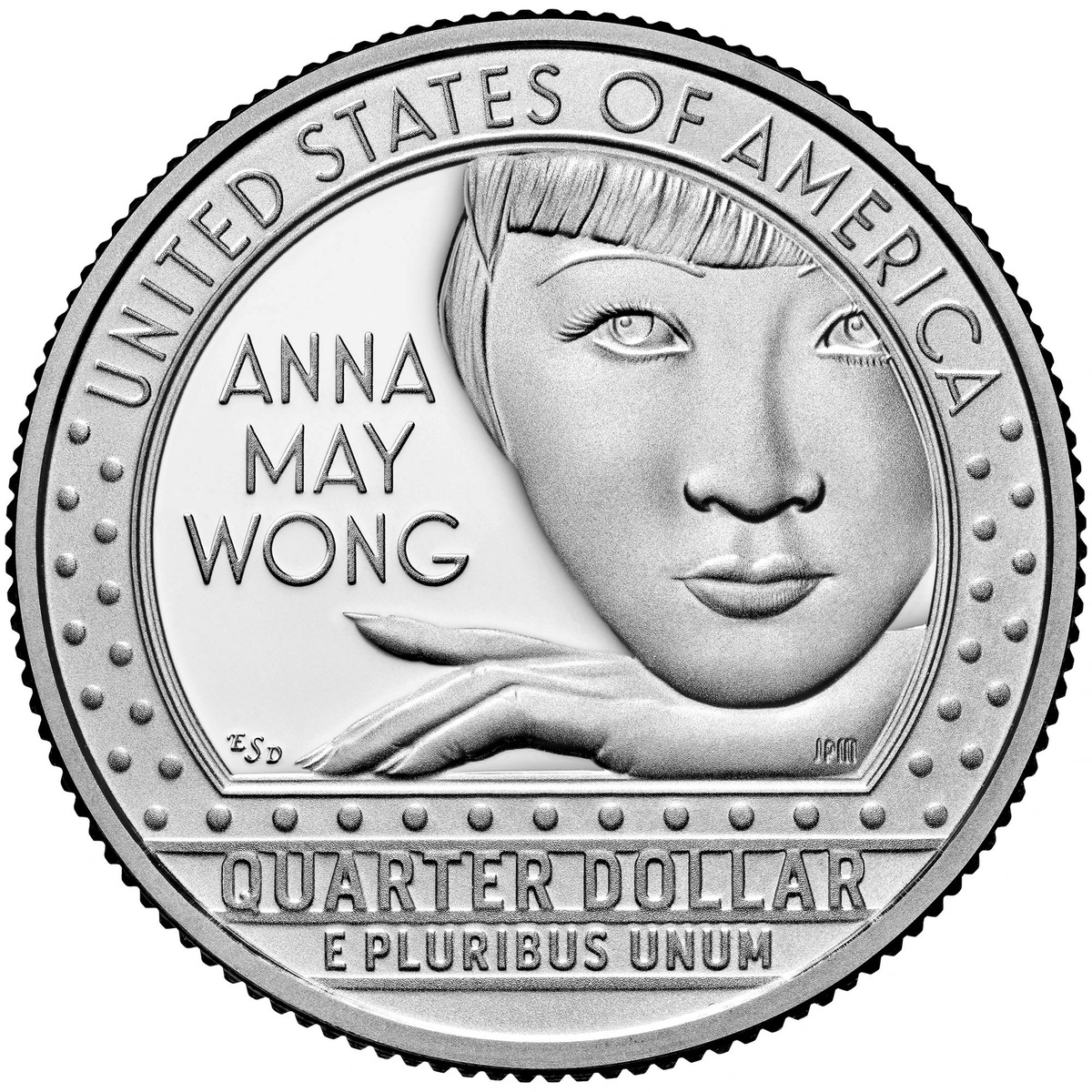 An undated proof image shows the likeness of Asian American actress Anna May Wong, to be cast on the fifth 25-cent coin in the American Women Quarters (AWQ) Program to be issued by the US Mint. [Photo/Agencies]

Anna May Wong, regarded as the first Chinese American film star in Hollywood, is set to become the first Asian American to be featured on US currency, according to the United States Mint, which is responsible for producing coinage for the country.

The coin, which will start shipping next Monday, is the fifth design in the American Women Quarters Program, a four-year program that celebrates the accomplishments and contributions made by women to the development and history of the country, the US Mint said in a press release on Monday.

The women honored in the program, beginning in 2022 and continuing through 2025, will be from ethnically, racially, and geographically diverse backgrounds. Chinese-American actress Anna May Wong appears at a luncheon at the Brown Derby restaurant in Los Angeles on Oct 29, 1942. [Photo/Agencies]

Wong was born Wong Liu Tsong in 1905 in Los Angeles, California. She was cast in her first role as an extra in 1919's film "The Red Lantern" at 14 and took her first leading role in 1922's "The Toll of the Sea." Her career spanned motion pictures, television, and theater. She appeared in more than 60 movies, including silent films and one of the first movies made in Technicolor. She also became the first Asian American lead actor in a US television show for her role in 1951's "The Gallery of Madame Liu-Tsong," according to a background of the actress in the press release.

"The fifth coin in our American Women Quarters Program honors Anna May Wong, a courageous advocate who championed for increased representation and more multi-dimensional roles for Asian American actors," said Mint Director Ventris C. Gibson, noting that "this quarter is designed to reflect the breadth and depth of accomplishments by Anna May Wong, who overcame challenges and obstacles she faced during her lifetime."