Bangkok (People's Daily) - Heyday AR Coffee in Dili, the capital of Timor-Leste was once said to be a coffee shop offering the best roast in the world by Jose Ramos-Horta, President of Timor-Leste.

The coffee shop has been visited by many foreign guests and local celebrities. Taur Matan Ruak, Timor-Leste's Prime Minister, is a customer of it. 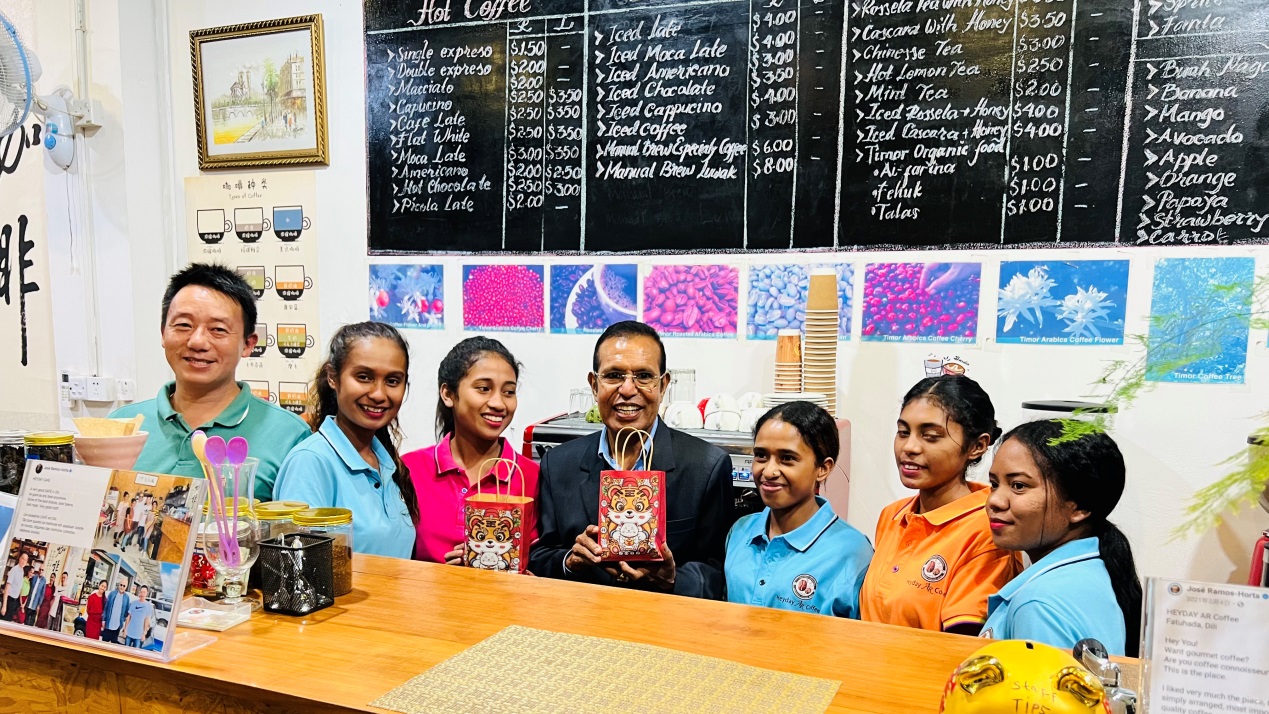 Coffee is the primary commercial crop and export of Timor-Leste. It accounts for 90 percent of the country's total agricultural exports.

The government of Timor-Leste attaches high importance to the production and sales of coffee. Ramos-Horta and other leaders of the country often visit coffee plantations and shops for investigation. 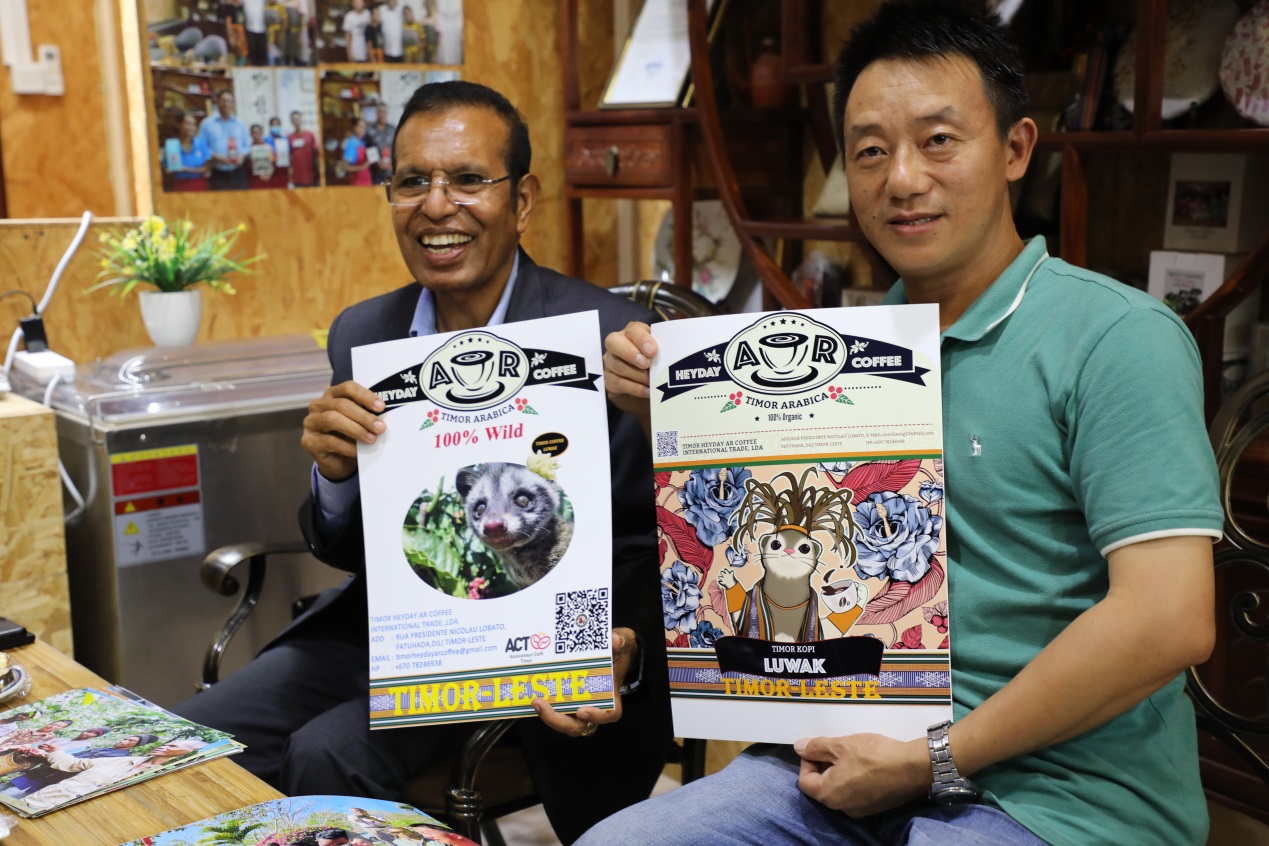 Timor-Leste has the world's best coffee, and its kopi luwak, gaining increasing popularity around the world, is well known on the internet, said Ruak.

Over recent years, Timor-Leste's government has launched a number of technical training courses on the trimming and planting of coffee trees and has constantly upgraded its production devices.

The remote village of Quirilelo was designated by the association as one of the villages receiving the Chinese donation. The donation later helped improve both the production and quality of the village's coffee, increasing villagers' income.

On a day in June this year, Costa, a major coffee grower in Quirilelo village, waited at the gate of the village early in the morning for the arrival of some Chinese guests.

"We've been expecting your visit," he said when meeting with Chinese Ambassador to Timor-Leste Xiao Jianguo.

He expressed his gratitude to the Chinese assistance, saying the donation had gained him and his fellow villagers tangible benefits. 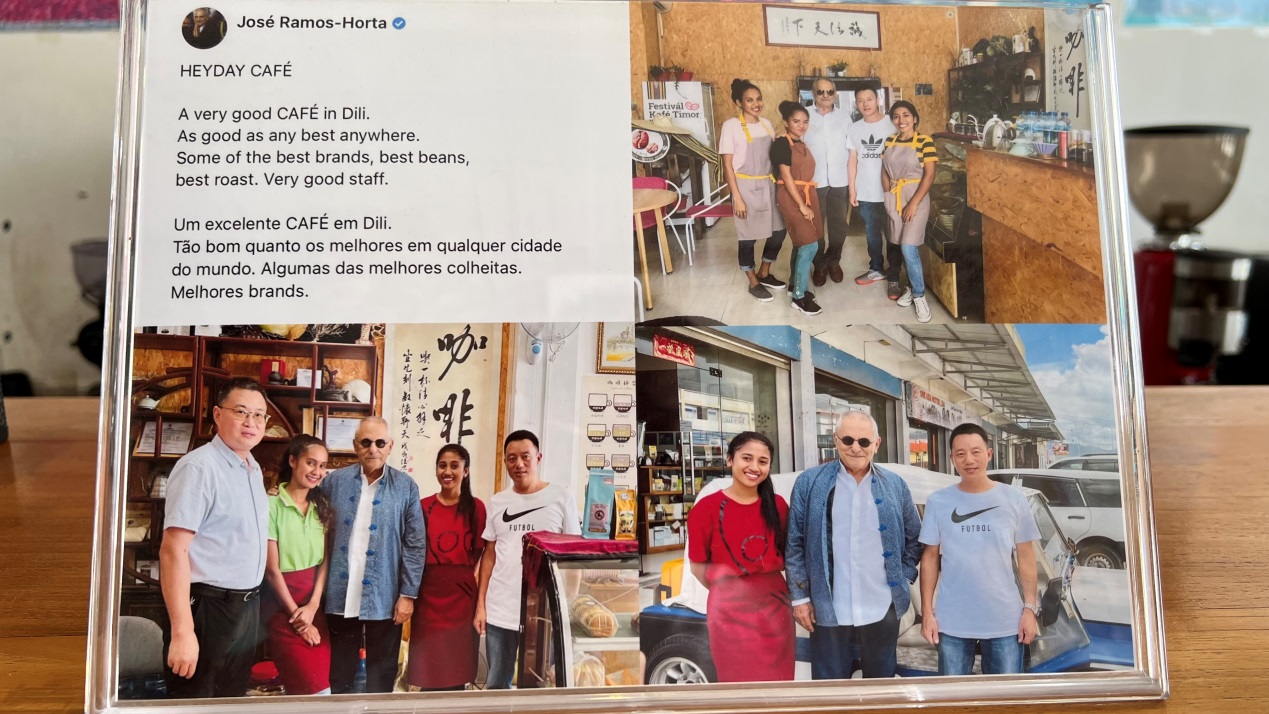 Quirilelo village is located in Aileu, a major coffee-producing area of Timor-Leste. Coffee growing is a primary source of income for 300 households in the village. However, their income was not very satisfying due to the aging coffee trees, outdated growing techniques and a lack of professional devices.

With Chinese assistance, villagers trimmed old trees and cultivated new varieties. They also learned new planting and processing techniques, and upgraded their devices. As a result, sales channels have been expanded, and the coffee business in the village has been vitalized.

Today, some old coffee trees in the village have produced new leaves and some have begun fruiting.

"The Timor-Leste Coffee Association has frequently sent experts to us since last year, who not only brought new devices, but also helped us trim and cultivate new seedlings. They taught us many planting and processing techniques," Costa said.

"We used to have little communication with the outside. Thanks to China's assistance, we are able to better plant coffee, improve the quality of it and live a better life," said Augustinho, a senior villager who has been living in Quirilelo village his entire life.

"The Chinese government helps us find business partners in China, so as to expand our market in the country," Evangelino added.

According to him, companies in Timor-Leste have attended four sessions of the China International Import Expo, and more and more coffee products from his country are now hitting the Chinese market.

Ruak said Timor-Leste's coffee export to China benefits farmers, processing plants and dealers. "The coffee, reinforcing the communication between the two peoples, is like a bridge that connects Timor-Leste and China," he said. 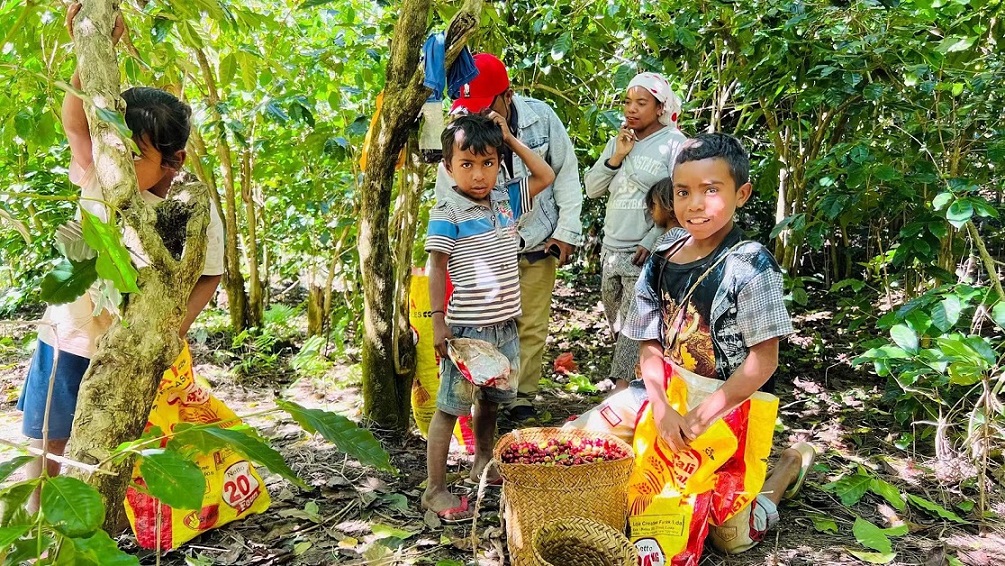 At the gate of Quirilelo village, there is a signboard of a China-Timor-Leste coffee plantation co-established by the Timor-Leste Coffee Association and the villagers.

Xiao noted that China will keep deepening its economic and industrial cooperation with Timor-Leste and keep supporting the latter's coffee industry development, so as to bring more benefits to the people of Timor-Leste.