A 17-year-old percussionist has won the BBC's prestigious Young Musician of 2020 competition for a performance that required him to use six mallets simultaneously. 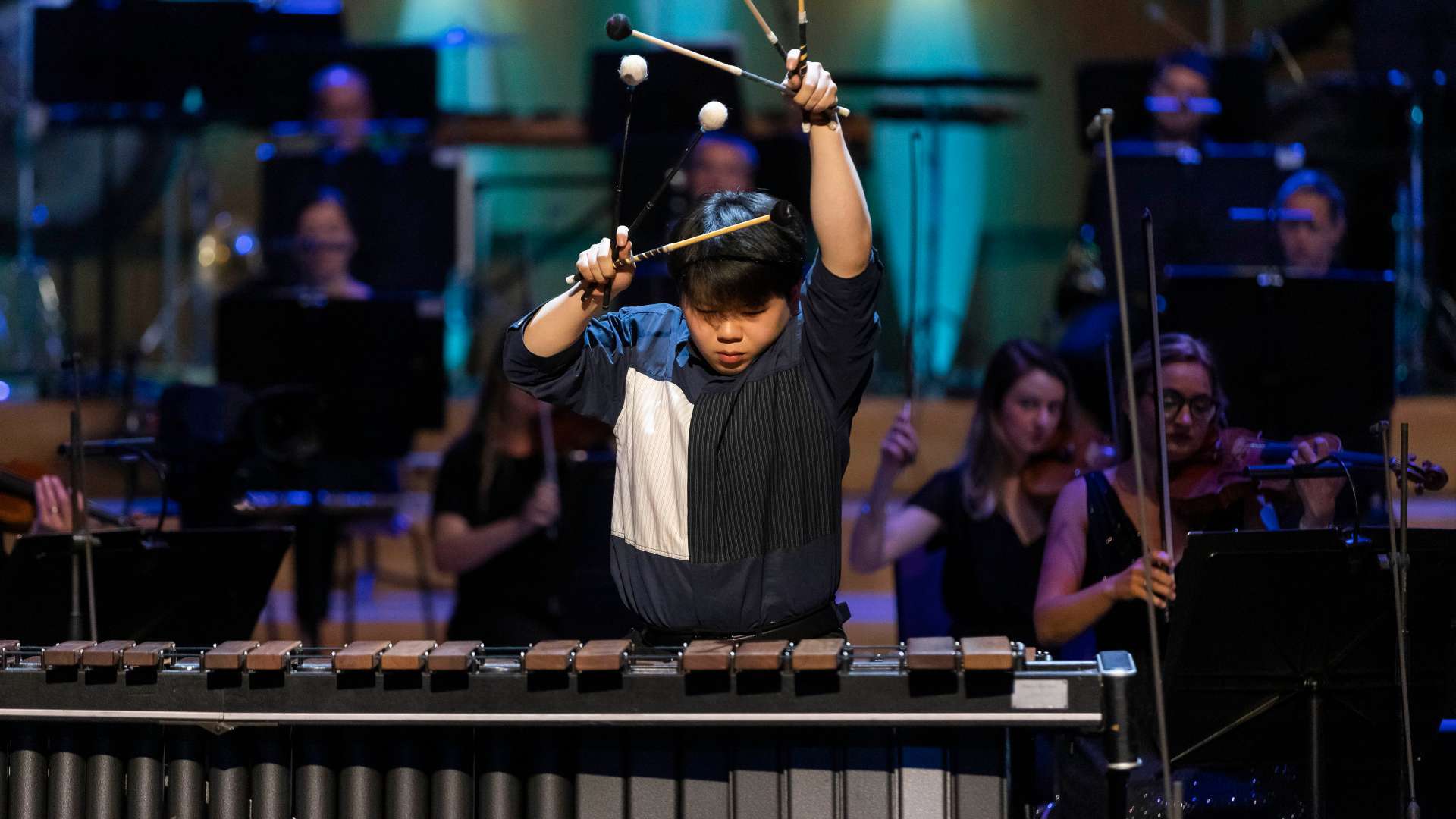 Fang Zhang performing at the BBC Young Musician 2020 Final with the BBC Philharmonic. (Photos from CGTN) 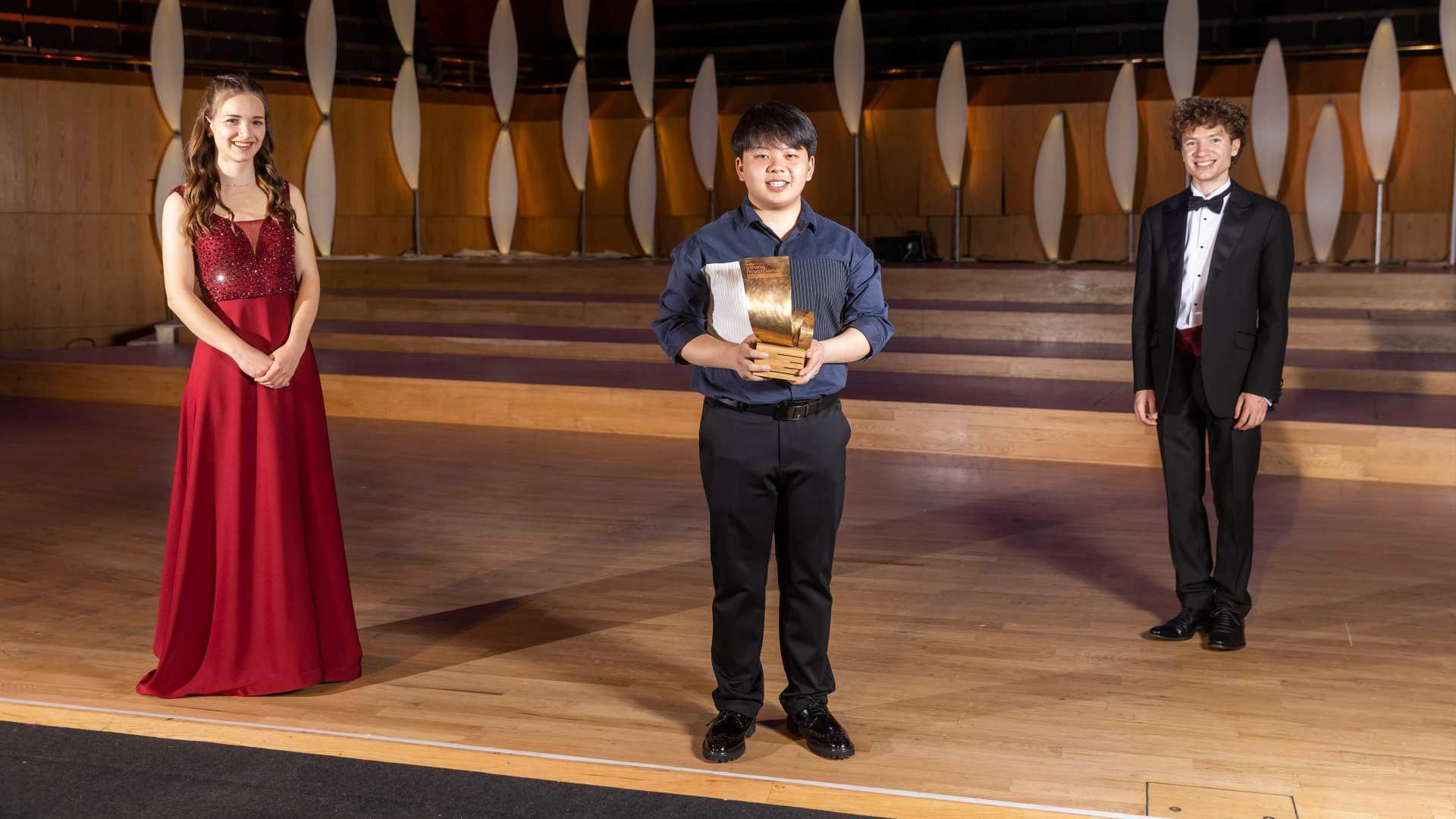 Fang Zhang with the other BBC Young Musician finalists (from left to right): Annemarie Federle, Fang Zhang and Ewan Millar. 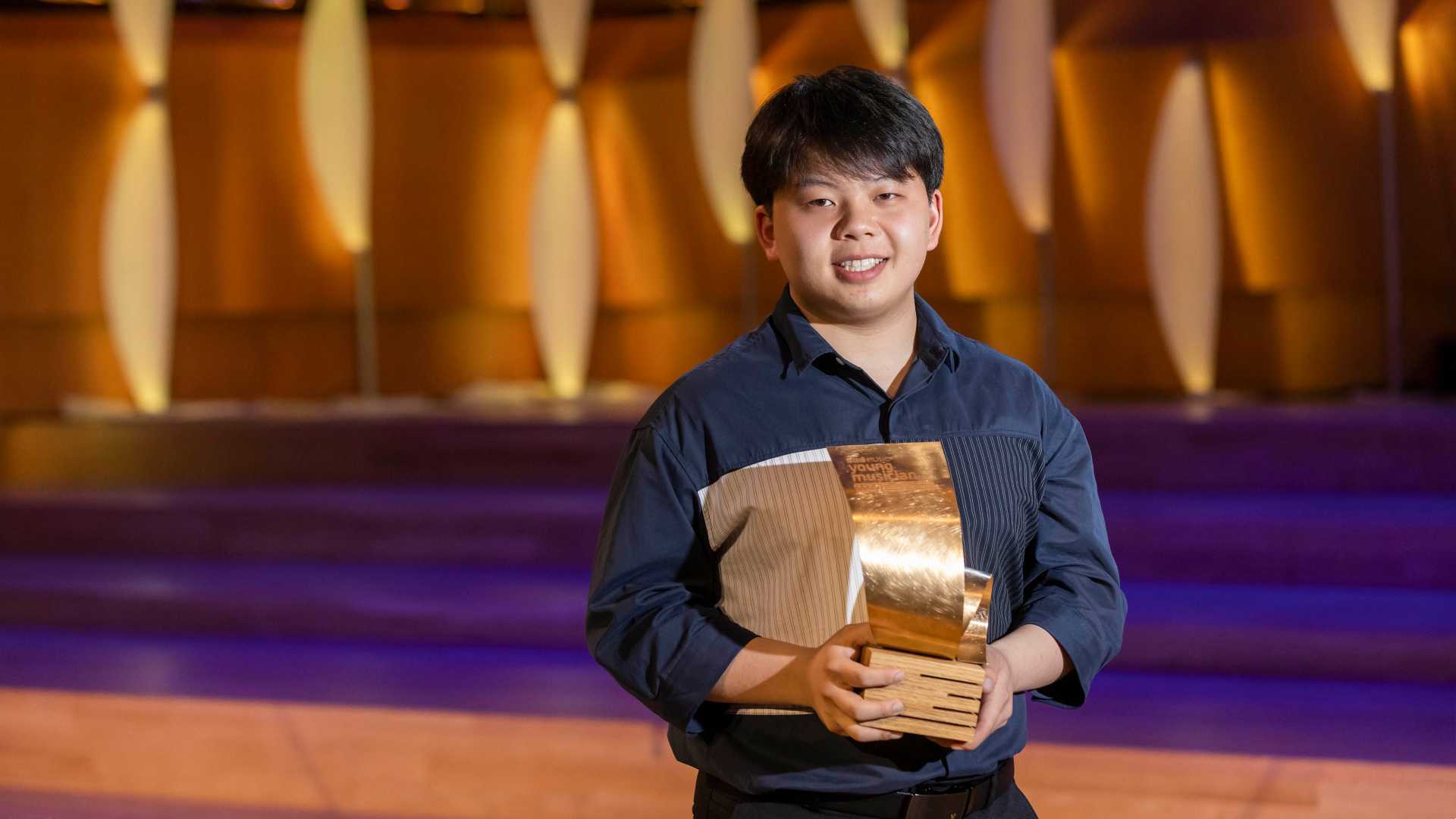 Fang Zhang played Prism Rhapsody, created by Japanese composer Keiko Abe, during the competition, which he described as "a crazy piece....It's just like a raging fire."

Because of COVID-19 restrictions, Fang, along with his fellow finalists, played to a mostly empty hall in Manchester. Sunday's performance was also supposed to take place last year, but was postponed because of the pandemic.

This is not the first competition that Fang has won.

His music was even called "incredibly eccentric" by conductor Mark Wigglesworth, who accompanied Fang on stage during his performance.

While Fang is originally from the Henan province in China, he has been attending Manchester's Chetham's School of Music since 2018 to study the marimba, vibraphone, timpani, and snare drum.

However, he recently returned home to stay with his family in China because of the pandemic and is continuing to study remotely.