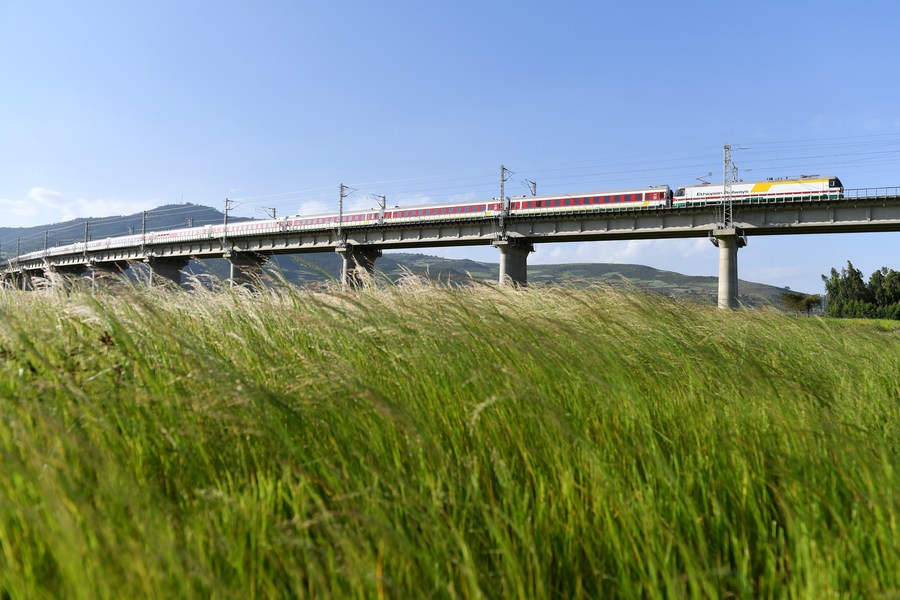 The Ethiopia-Djibouti electrified railway which connects landlocked Ethiopia to Djibouti port has been improving its efficiency with 25 to 30 percent every year since it went operational, according to the report.

The railway transported 800,000 tons of commodities in the first year of operation, and then increased its capacity to 1.2 million and 1.45 million tons in the next two successive years, said Tilahun Serka, director general of the Ethio-Djibouti Railway Share Company(EDR).

The railway has registered better achievements in transporting machinery, vehicles, fertilizers, commercial goods and commodities imported by the private sector operators and the Ethiopians Shipping and Logistics Services Enterprise.

The EDR disclosed earlier this month that the electrified transnational railway earned 29 million U.S. dollars in a nine-month period.

The Ethiopia-Djibouti railway currently provides different kinds of freight services including the transportation of perishable goods, vehicles, cereals and fertilizers at Indode, Mojo, Adama, and Nagad stations, according to the FBC report.