Kenya's Lamu seaport built by a Chinese firm that is set to be launched on Thursday will pave way for seamless movement of goods in the greater Horn of Africa region, officials said Tuesday. 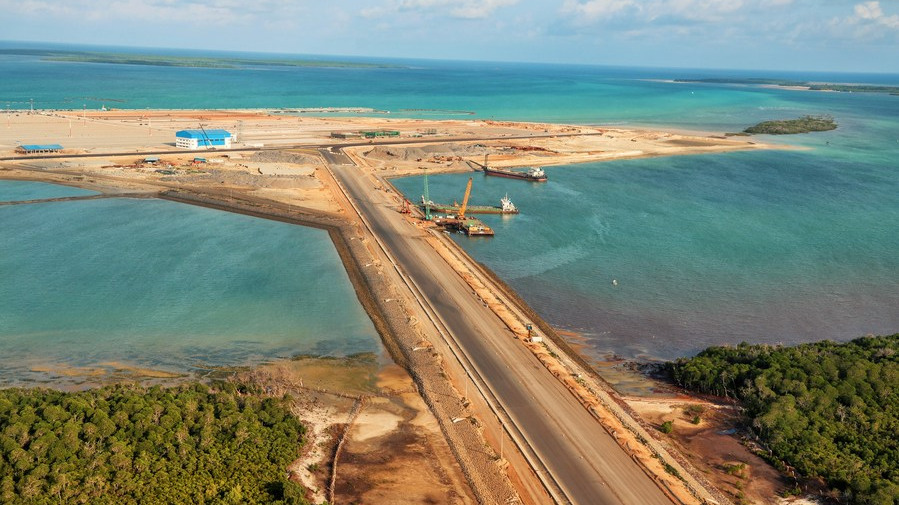 Kenya's Lamu seaport built by a Chinese firm that is set to be launched on Thursday will pave way for seamless movement of goods in the greater Horn of Africa region, officials said Tuesday. /Xinhua

The first phase of the Lamu port project consisting of three berths, constructed by the China Communications Construction Company, is located in the coastal county of Lamu in northeast Kenya.

"The new port has a huge potential for business since it sits right in the middle of major shipping routes for global trade," Salim told Xinhua during a recent interview.

President Uhuru Kenyatta is expected to receive the first large cargo ship to dock at the completed Lamu port's Berth One on Thursday amid a quest to elevate Kenya's status as a regional transport and logistics hub.

Salim said that operationalization of Lamu port, which is a Vision 2030 flagship project in the country, will transform regional economies through increased trade, integration and connectivity.

He said that Kenya's second commercial seaport will facilitate the transportation of bulk cargo to landlocked South Sudan and Ethiopia besides stimulating the growth of the local manufacturing sector.

He clarified there will be no competition or duplication of roles between Lamu port and the country's Mombasa port since each will be serving a different trade route.

Salim said that Lamu port will have the capacity to handle large vessels from international shipping lines that ply the Indian Ocean, the Mediterranean Sea, and the Red Sea.

He said that state agencies were working on modalities of rolling out fiscal incentives to international shipping lines keen on utilizing the Lamu port.

Samatar said the Lamu seaport can handle large vessels with a carrying capacity ranging from 12,000 to 18,000 twenty-foot equivalent units (TEUs).

Samatar said the port will also open up the vast northern Kenyan region for investments in key sectors like livestock, tourism, and fisheries.

Omudho Awitta, board chairman of Kenya Railways Corporation, said that operationalization of Lamu port will be accompanied by the construction of an oil refinery, a modern railway line, and resort cities in northern Kenyan counties of Isiolo and Turkana.