The donations from the Chinese community in the San Francisco Bay Area will soon reach victims of the deadliest wildfire in California, so that they would not feel "too cold" in this coming winter, an organizer of a fundraising event said Sunday. 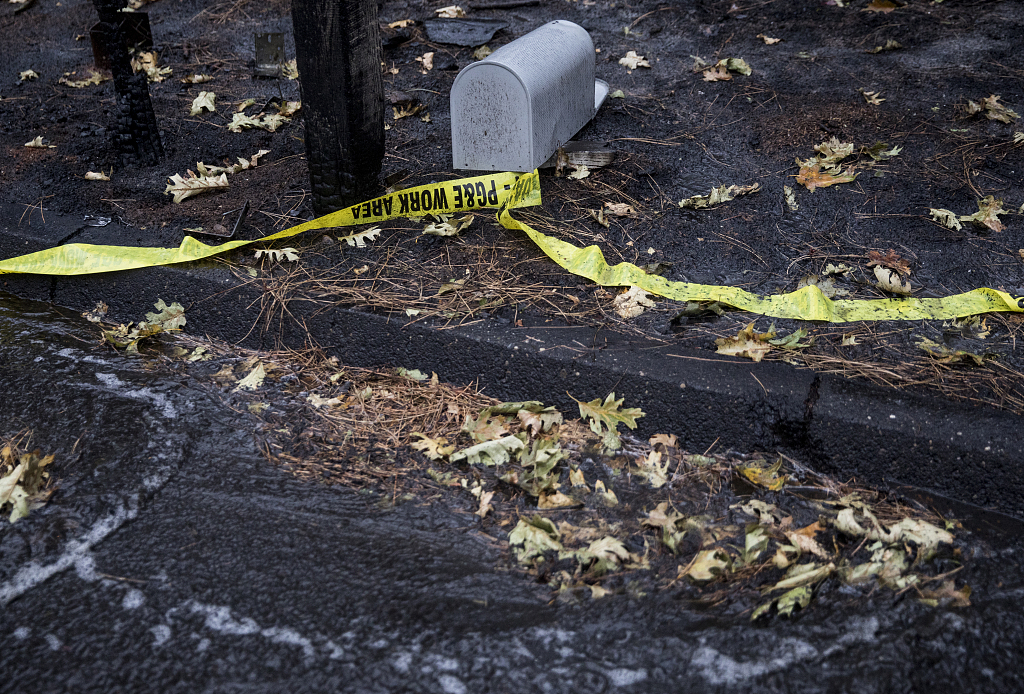 "No money is too little," said Arthur Dong, one of the organizers of "We Are Together" 2018 California Camp Fire Fund-raising Event, which was held Saturday night in Palo Alto in northern California.

"As of Saturday, the Chinese community from the Bay Area has raised more than 76,600 US dollars in cash for the Camp Fire victims in less than eight days, and it's amazing," Jenny Huang, director of Silicon Valley Youth Orchestra, one of the leading organizers of the event, told Xinhua Sunday.
"Every penny matters for the victims who lost everything in the Camp Fire", which has killed at least 85 people and destroyed more than 13,972 residences, 528 commercial structures and 4,293 other buildings, she said.
After more than two weeks of a raging inferno, a total of 153,336 acres (620 square km) have been scorched and at least 249 people remained unaccounted for in the deadliest and most destructive wildfire in the history of California.
Jerry Johnson, concert coordinator of the First United Methodist Church in Palo Alto, a northern California city, where the event was staged, said the church hosted many benefit concerts every year, but the fundraising concert by the Chinese community is "the first known one held this year" for the Camp Fire victims.
"I really appreciate your efforts to do whatever you can for many people who have lost everything and members of family" in the northern California blaze, said Johnson, who said her nephew is also one of the victims in the blaze.
Captain David Dahl, a fireman from the Palo Alto Fire Department, who was invited to the event with his two other colleagues, shared with the audience the stories of how they combated the wildfire in the past 14 days in northern California.
"This is an amazing event ... it is really heartwarming and just shows how much we can get done if people can work together and take care of each other," said Dahl, who came back three days ago from the blaze-hit town of Paradise devastated by the Camp Fire.
"We were away from family and friends for 14 days, just working hard to protect what you can and save what you can, and we tried to do the best we can with the resources to bring the fire under control. It's a big task," he said.
The fundraising event received extensive support from more than 80 various organizations, businesses and associations from the Chinese community in the Bay Area, including San Francisco (Silicon Valley) Photographers' Association, We Are Together Foundation, Silicon Valley Youth Performing Arts, and Quantum Auxilia Leo Club.