MADRID, Oct. 13 (Xinhua) -- Chinese residents living in the Canary Islands of Spain have donated over 40,000 euros in cash and some protective material to people affected by the eruption of the Cumbre Vieja volcano on the island of La Palma. 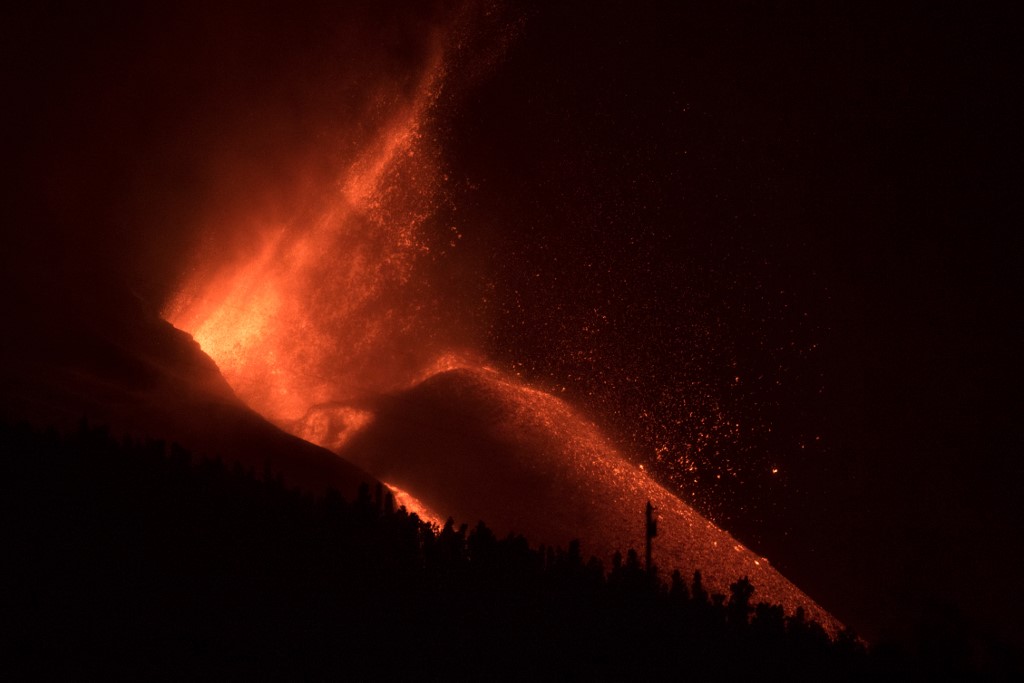 The Cumbre Vieja volcano, pictured at night from El Paso, spews lava, ash and smoke, in the Canary Island of La Palma on October 11, 2021. (Photo: AFP)

Representatives of various associations of the Chinese community in the Canary Islands delivered the aid to the leader of the island's local government on Tuesday to show their solidarity with the islanders.

The secretary general of the Canary Island's Young People's Association, Xu Lejian, said in an interview broadcast on Spanish television, that the donation reflected their feelings towards the islands, "we feel like Canary islanders because we have grown up here, and the Canary Islands are our second homeland," said Xu.

Wang Wei, representative of the Union of Chinese Associations in the Canary Islands, said, "we are together in this and we share the feelings of the victims."

Almost 7,000 people have now had to be evacuated as the lava continues to spread from the eruption which, on Wednesday, has entered its 25th day of eruption.

The lava, which has destroyed an estimated 1,300 buildings, covered almost 600 hectares of land, much of which was dedicated to cultivating bananas, the island's main crop. On Monday the lava also destroyed a cement factory, leading to the emission of noxious gases and forcing 3,500 residents to remain indoors.