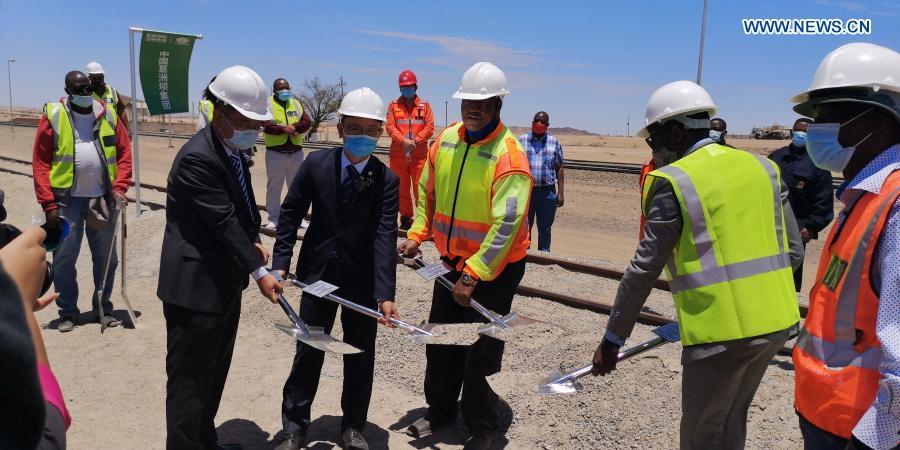 Officials from Namibian Ministry of Works and Transport and China Gezhouba Group Corporation in Namibia break ground for the project of the rehabilitation and upgrading of the railway line between Walvis Bay and Arandis in Arandis, western Namibia, on Nov. 30, 2020. (Photo: Xinhua)

WINDHOEK, Nov. 30 (Xinhua) -- The Namibian government's plan to develop the country into a transport and logistics hub in southern Africa helped by the groundbreaking of the rehabilitation and upgrading of the railway line between Walvis Bay and Arandis on Monday.

Namibia's Minister of Works and Transport, John Mutorwa, who delivered the keynote address, said the project located on the west coast of Namibia will cover a total length of 107.5 km.

The project is funded by the Namibian government with 56 percent of its own funds and 44 percent of the loan from the African Development Bank.

According to Mutorwa, having good ports and good road networks will improve Namibia's competitiveness to becoming an international logistics hub as it shares borders with Angola, South Africa, Botswana, and Zambia.

The potential to be a logistics hub for the inland regions of the SADC is the vision of the country, he added.

Speaking at the event, CGGC representative Li Lijie, said they are glad and thankful that the Namibian government awarded them the contract to further develop the country's rail infrastructure.

"We have now commenced A1S1 from Walvis Bay to Swakopmund. We are looking forward to making this collaboration a success and we will definitely do our best," he added.

The construction period of the estimated 1.029-billion-Namibia dollar-project (about 72 .72 million U.S. dollars) is expected to last 821 days. Enditem 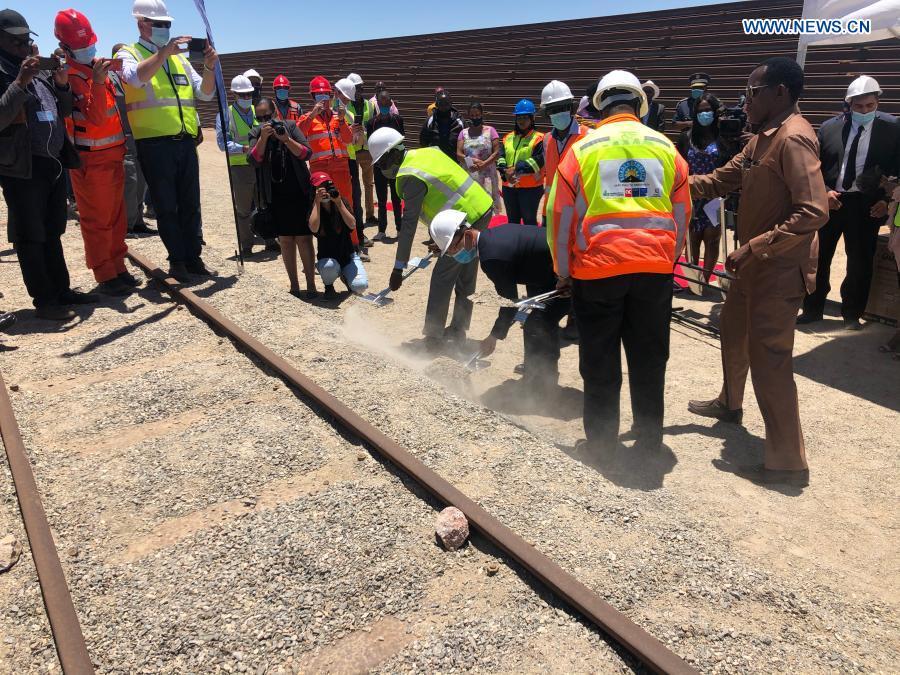