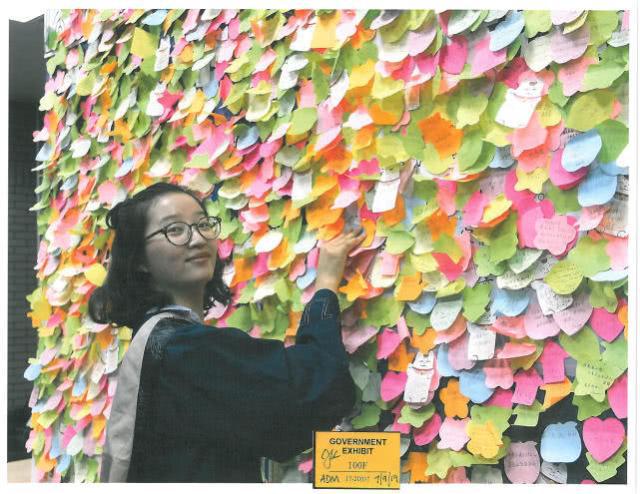 Brendt Christensen, who kidnapped and killed the Chinese scholar in 2017, was sentenced on Thursday to life imprisonment without the possibility of release, because the jury failed to reach a unanimous decision to impose death.

"Feeling deeply shocked and regrettable for Zhang Yingying's misfortune, we will once again express strong indignation and condemnation of the murderer's cruelty," said the spokesperson.

"It is the most serious crime to deliberately deprive the lives of others against the law. China has always upheld that justice should be done, the criminal should be punished by law, and the tragedy must not repeat itself," the spokesperson said.

The Chinese government attaches great importance to protecting the safety and lawful interests of its overseas citizens, the spokesperson said.